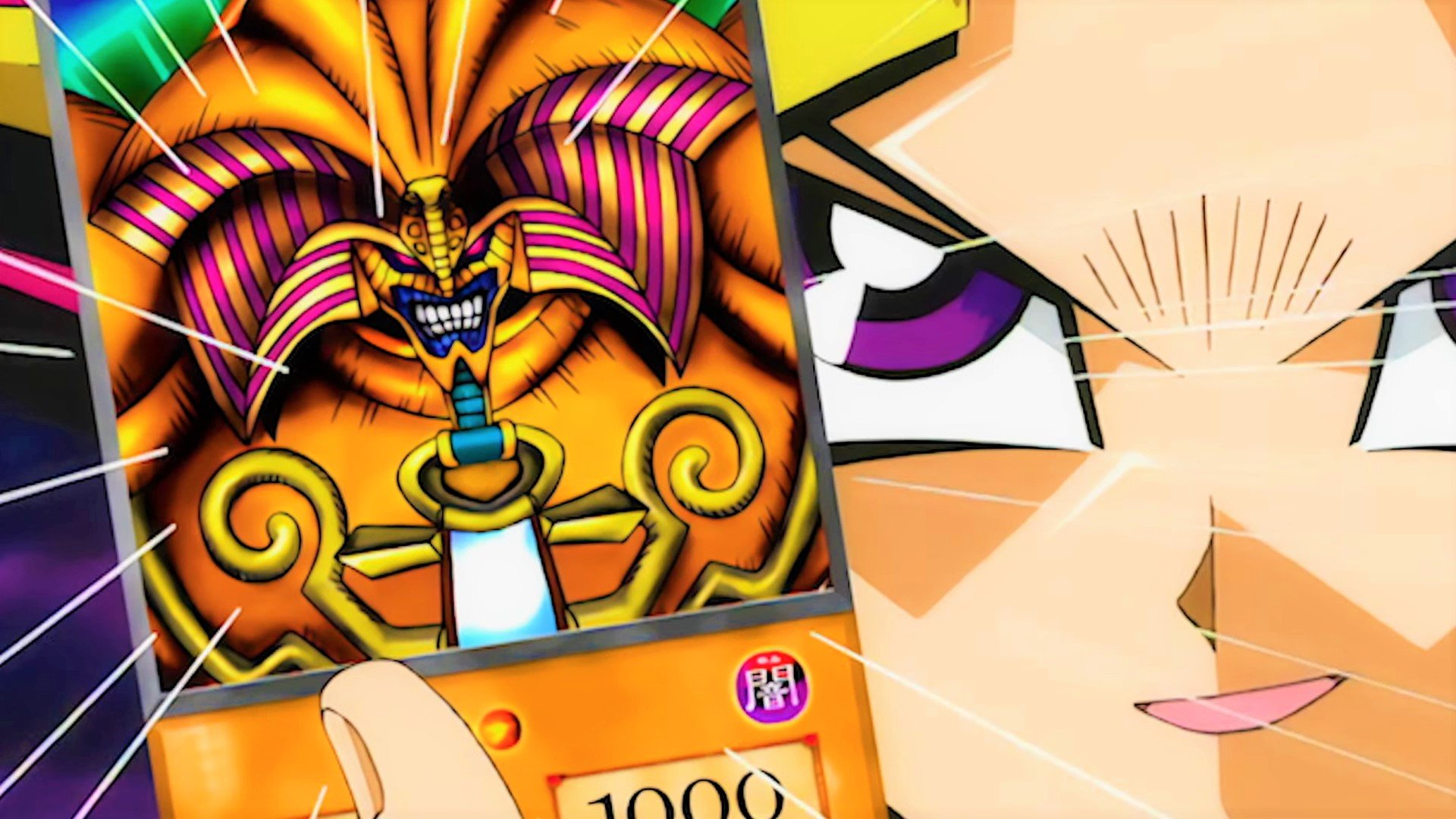 In YuGiOh, Exodia, the Forbidden One is a beast of unstoppable power. He was so mighty that his body was cut into five pieces, chained up, and sealed away. The different parts of Exodia now exist as five YuGiOh cards, useless on their own but able to grant an instant win if reunited in your hand.

the YuGiOh Exodia cards introduced the first alternative win condition ever seen in the TCG, and it got a pivotal scene in the anime that secured its stardom. This means it’s one of the most iconic cards out there – widely considered one of the best YuGiOh cards in history and regularly hunted by fans of the most expensive YuGiOh cards. Below we dive into the Exodia archetype and cards, as well as Exodia deck ideas for anyone looking to assemble this titan in future games.

Here’s all you need to know about YuGiOh Exodia:

When people think of Exodia cards, they’re often thinking of the five cards needed to trigger Exodia’s win condition. These are: 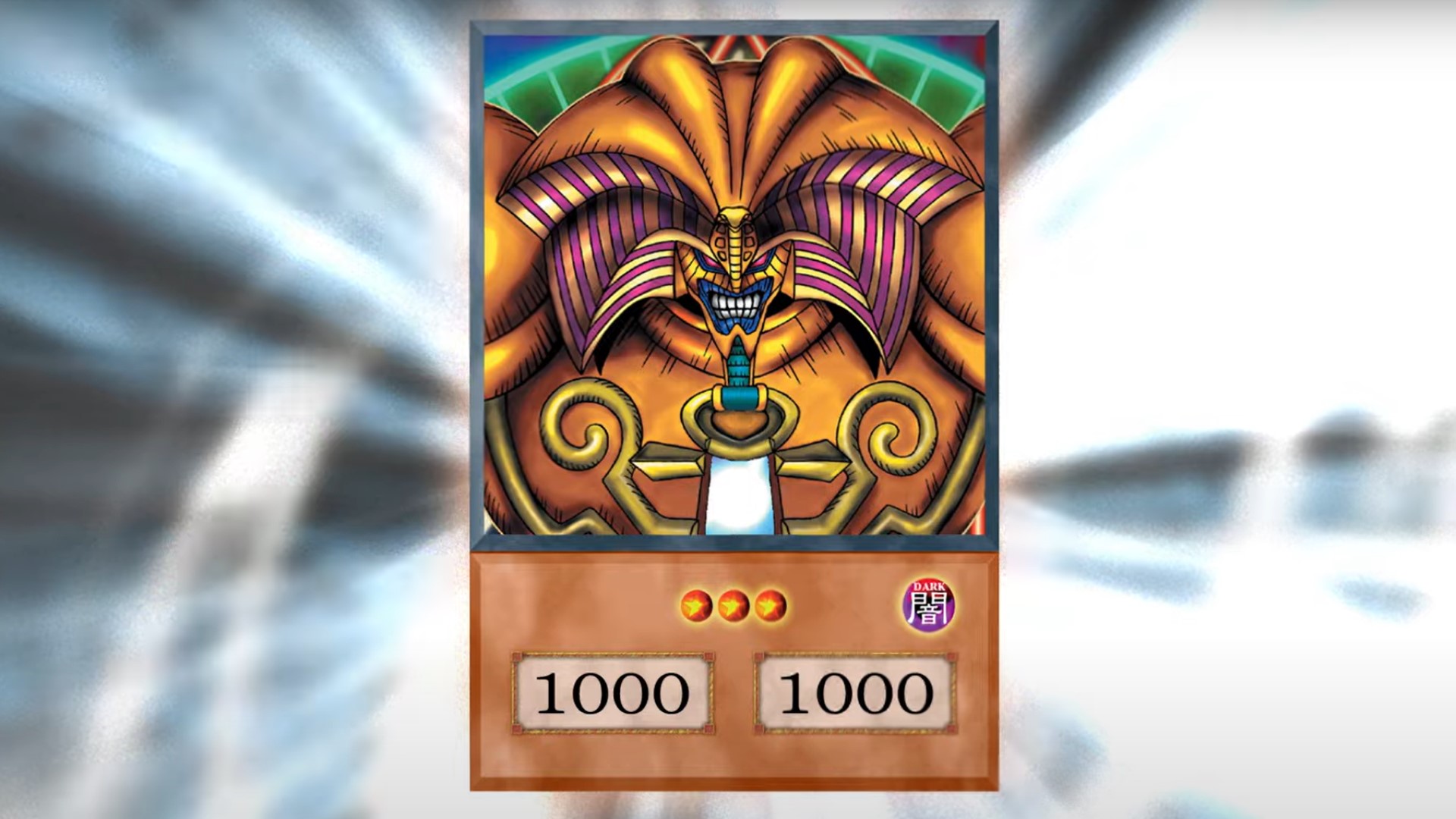 In case you need your memory jogged, let’s go over what the most famous Exodia card does. Exodia, the Forbidden One has a pretty measly 1,000 ATK and DEF, but if you have all the Forbidden One cards in your hand, you automatically win the game.

Exodia Necross focuses on winning by dealing serious damage and being night-impossible for your opponent to remove. It can’t be destroyed by spells, traps, or through battle, and it gains 500 ATK every turn. However, it’s not easy to hold onto – you can only Special Summon it with the Contract with Exodia spell, and it’s destroyed if you don’t have all five Forbidden One cards in your graveyard.

Exodia, the Legendary Defender has the ATK and DEF of the five combined monsters you used to Tribute Summon it. The aim here is to destroy an opponent’s DARK Fiend monster when summoning the card, as this wins you the game at the end of the damage step. 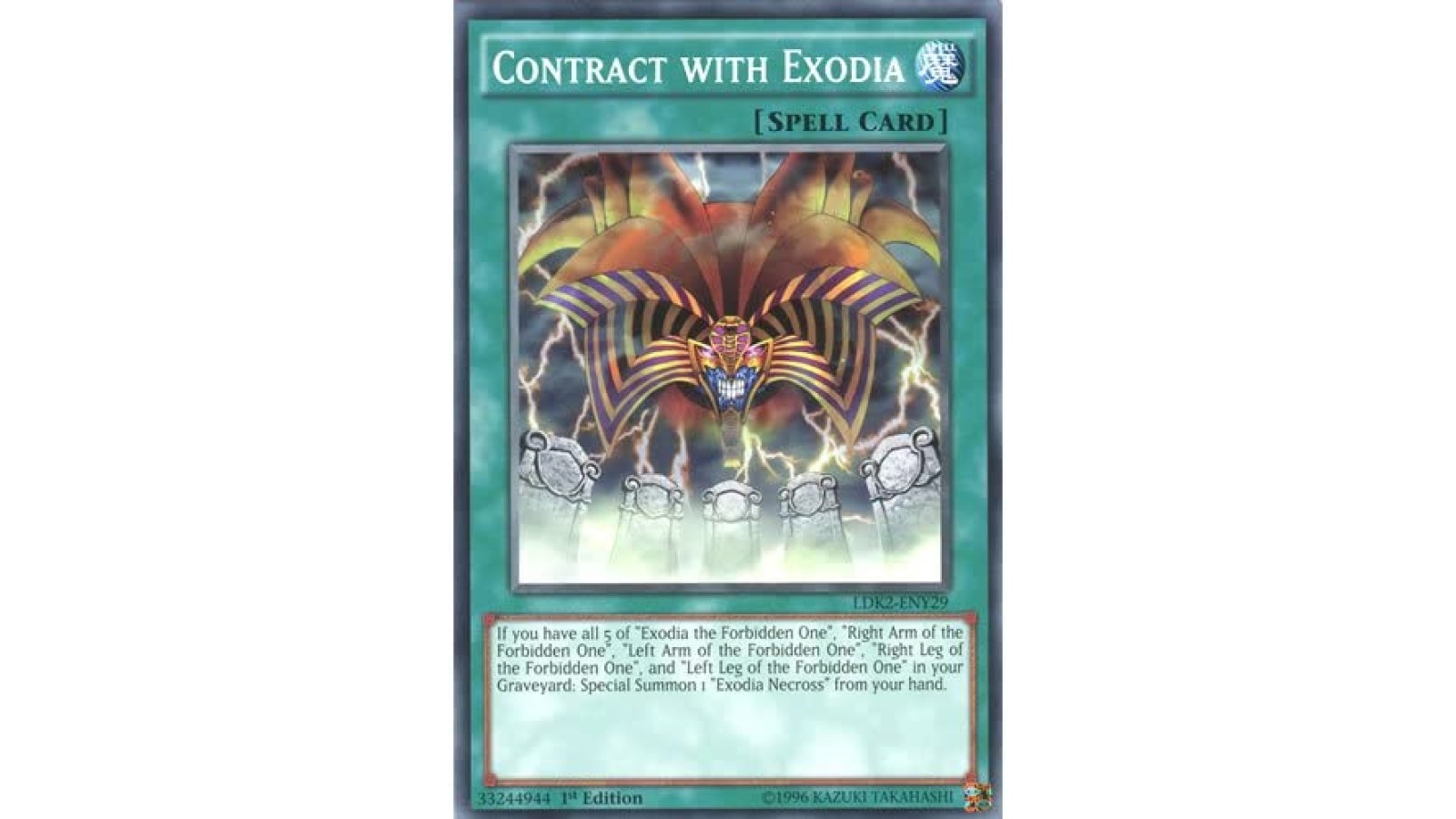 Finally, there’s True Exodia. This card has a win condition that ends the duel once there are four different Forbidden One normal monsters on the field – but they have to be the only monsters there. 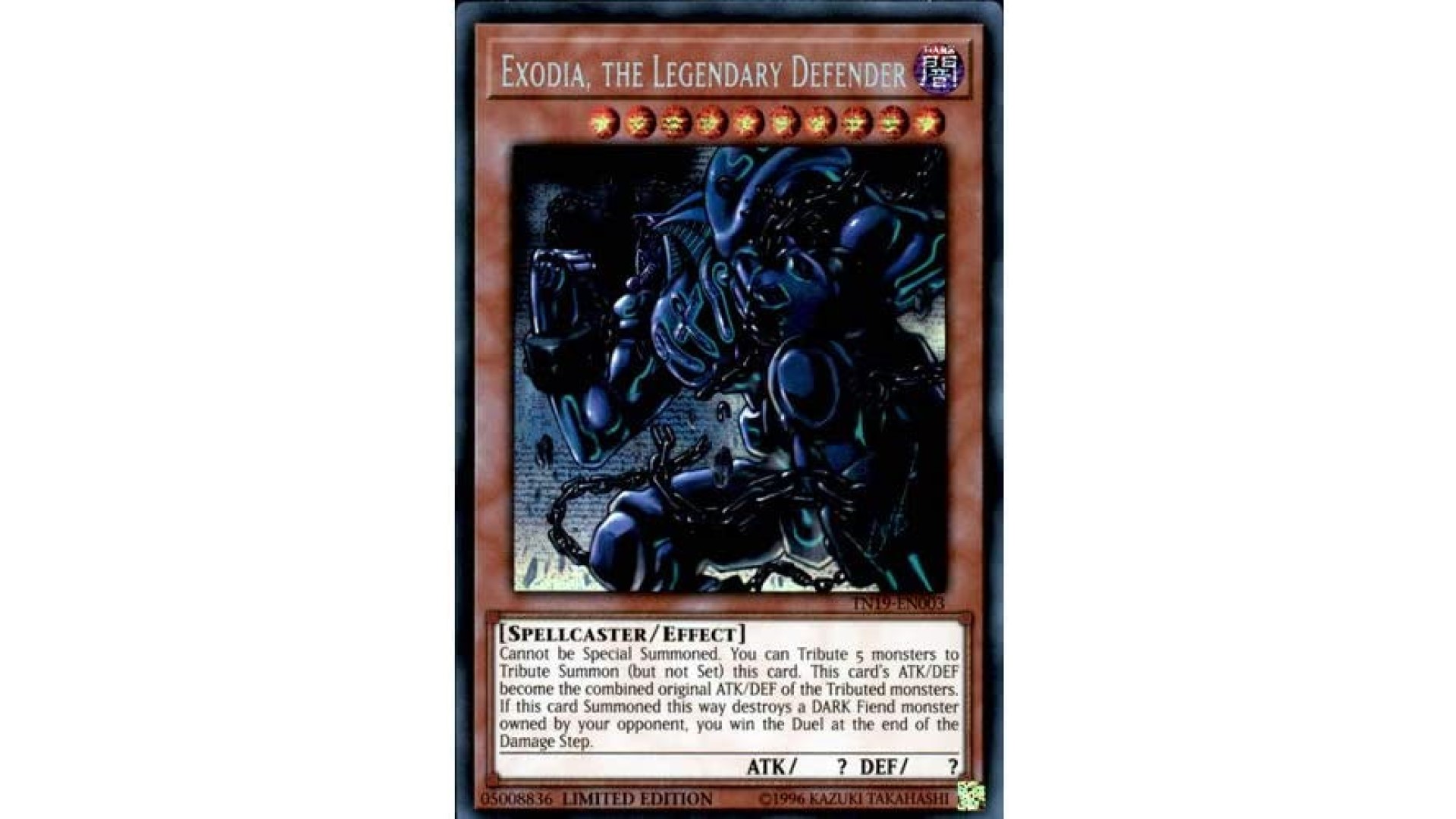 Several cards also support the Exodia archetype or are related to it without being part of it. For example, Exodius, the Ultimate Forbidden Lord gets a win condition of his own, securing victory if all five kinds of Forbidden One card end up in your graveyard. Exxod, Master of the Guard deals 1,000 damage to opponents any time an EARTH monster is Flip Summoned (as long as Master of the Guard is face up). 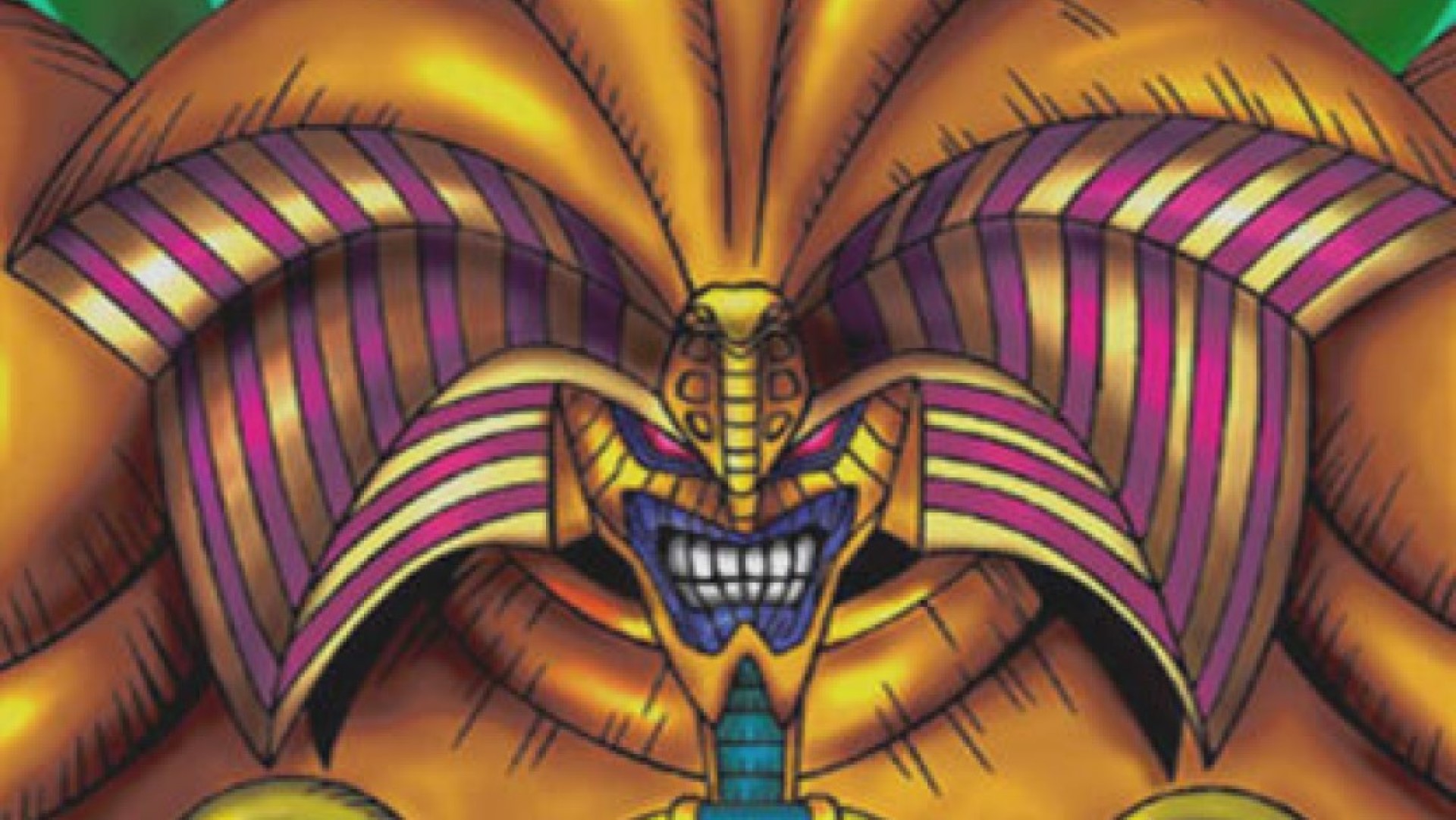 Before we look at a YuGiOh Exodia deck, let’s be totally frank – this is not one of the best YuGiOh decks in the current meta. However, it can still be a lot of fun to play.

Obviously, you’re going to need to start by adding the Forbidden One cards to your deck. All of these are limited in the YuGiOh banlist, so you’ll only be able to have one of each.

Next you’ll need to think about draw power. After all, the aim is to get your Forbidden One cards in your hand as fast as possible. Pot of Duality, One Day of Peaceand Upstart Goblin are popular spell choices. Traps like Reckless Greed or Jar of Avarice also help you rinse through your deck a little faster. Royal Magical Library is a must have for this deck thanks to its ongoing draw abilities.

Several versions of this deck also bring in the classic Blue Eyes White Dragon. This is used in combination with The White Sword of Legend, Cursed Bamboo Swordand Golden Bamboo Sword to create even more draw power. You can also destroy one of the dragons with Trade In to get extra cards.

After that, you’ll need to think about how to protect your Forbidden One cards – if at any point you can’t get them all in your hand, your win condition is out the window. Cards like Swift Scarecrow, Solemn Judgmentand Dark Bribe all focus on negating your opponent’s actions – meaning it’s harder for them to target any priority cards that have ended up on the field. Cards like Mystic Mine can also help keep you alive while you focus on drawing your perfect hand.

While they’re not critical to the win condition, other Exodia cards won’t hurt your deck. Exodia Necross, Contract with Exodia, and The Legendary Exodia Incarnate are both solid alternatives in case your original win condition plans fall through.