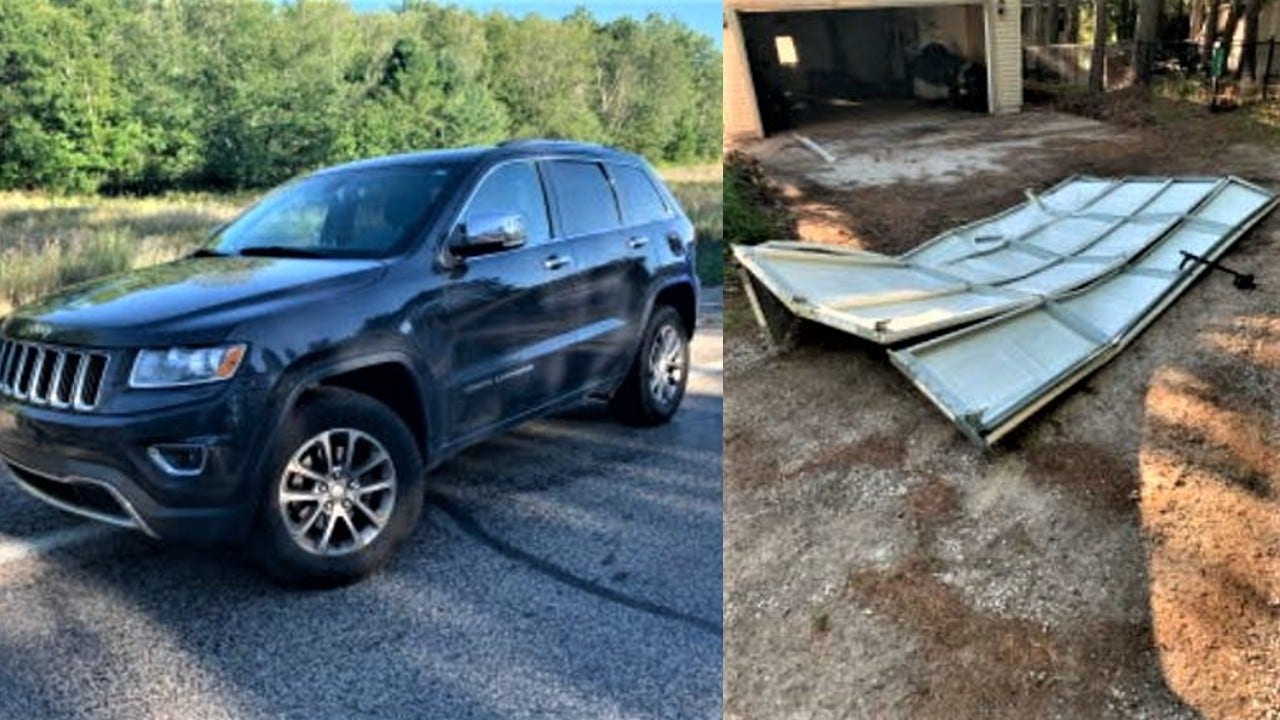 OTSEGO COUNTY, Mich. (FOX 2) – When police received a call about a wrong-way driver on I-75 in northern Michigan, they found the car because the driver fled and stole a Jeep.

According to Michigan State Police, a driver was seen going the wrong way on I-75 near Old State Road in Otsego County around 5:35 pm Aug. 4. When they arrived, they found the vehicle abandoned, and received reports of a man seen running across the road.

Police searched the area, but did not find the man.

After clearing the scene, a call was received about a Jeep stolen from a nearby home. The vehicle’s owner told police he was inside his home when he heard a loud noise. He saw someone had stolen his 2014 Jeep Cherokee by driving it through his closed garage door.

Police found the stolen vehicle abandoned and still running on S. Old 27 Hwy., south of Marlette Rd. A resident on S. Old 27 Hwy. then saw a man running through their yard and into the woods.

Gaylord police began chasing the man on foot, and were joined by MSP troopers. At one point, the man brandished a knife at police. He put it down when ordered to, and was arrested without further incident.

The suspect, a 39-year-old Alanson man, was taking to the Otsego County Jail pending arraignment.

Opinion: Butter, garage doors and SUVs: Why shortages remain common 2½ years into the…