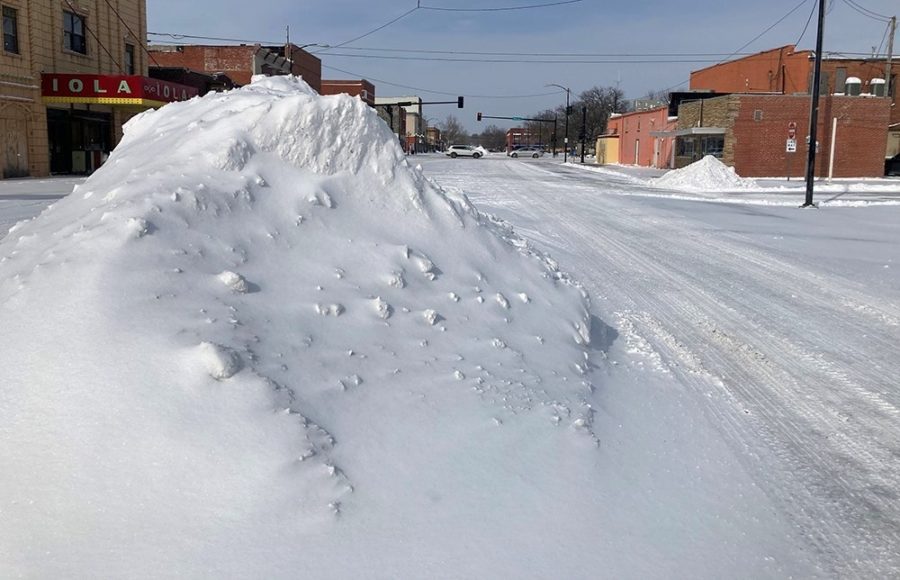 The past few months have been very Kansas-esque to say the least. The weather was anything but constant. Lately it’s been very nice with highs up to the 70’s. You can only say that two months ago.

Temperatures of minus 14, with a lot of snow and ice, were the story of the last week of February. It affected not just Kansas but most of the country, including the south in states like Texas.

In my third year here the school was closed not for one day, but for two days because of the storm. This is only the second time since 2018 that weather-related problems have closed the school.

With the cancellation of the class, many problems with pipe problems and leaks arose in the dormitories. At Masterson and Winter Hall, both had problems with the complication. I spoke to some students about their struggles.

“It was a mess and the room had water all over the place,” said freshman Devon Richardson, who lives at Winter Hall. “I heard a lot of people scream when they saw what was happening and my roommate called me and said the same thing was happening here.”

While pipes were leaking in the Winter Hall, Masterson was experiencing other problems. Ashtin Dürksen explained: “The water ran out of the shower in our room and we had to wait several times to repair it. The water wouldn’t get hot and we had to take cold showers for a week. “

Regardless of whether the water heater was not working or not it was the result of the storm, it was a bad time to go out with the negatives outside. After a long day in the cold, the first thing many people look for is a hot shower.