When the fences went up 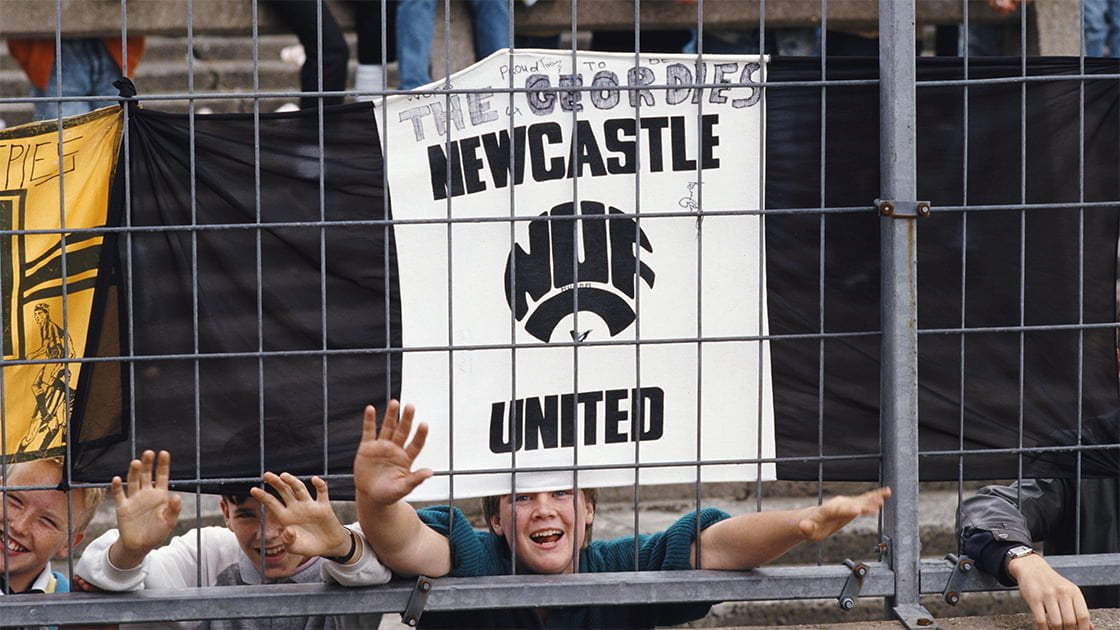 I read with interest articles on The Mag about Newcastle United needing a bigger stadium.

The fact that we are the richest football club on the planet of course helps, but the expectations of the modern day fan are such, that this sort of debate considers expansion of St James’ Park, or the construction of a brand new state of the art facility, to be entirely feasible and whichever camp you’re in, talk of upgrading is not viewed as delusional.

The fact is, we will have a larger capacity one way or another, sooner rather than later.

I wrote an article about Hillsborough recently. The fences that contained fans at the Leppings Lane End being a contributory factor to those awful events where 97 football fans lost their lives.

Before Hillsborough, any talk of ground expansion or improving facilities would have been met with derision; football fans were treated with disdain and the condition of stadia the length and breadth of the country were dreadful.

As Morrissey might have said, some stadia were better than others, but in essence, nothing had changed in over a century, with most big grounds having terraces behind the goals, proving a cheaper alternative to sitting in the stands, which were traditionally located at the sides of the field.

As standing on the terraces was cheaper and provided a greater degree of freedom to move and congregate with fellow supporters, over the decades of the 20th century they became the most popular areas for younger working class men and teenage boys to watch the game.

By the 1970s, football hooliganism was more commonplace inside football grounds, so much so that by the mid-1980s, preventing football violence was proving a thankless task for the authorities, and cures for the so-called English disease seemed thin on the ground.

The prevailing social and political context was instrumental in how football fans were routinely treated. In the years before Hillsborough, with the hooligan panic to the fore, Britain’s political and cultural establishment increasingly viewed the people that went to football matches as a threat, as much of an ‘enemy within’ as striking miners were to Conservative governments of the 1970s and 1980s. Indeed, the establishment’s estrangement from the so-called lower classes of British society was refracted through its attitude to football culture. It appeared as something to be feared and, in no small measure, loathed.

Readers of my articles will no doubt associate me with left leaning politics. However, to demonstrate I can be balanced, what is usually forgotten in accounts of this era of near-open war on football fans, is that it wasn’t only the Tories who were willing to think the worst of the slum people enjoying their slum Sports. The left seemed just as estranged from the class of people in whose name it still claimed to speak and various anthropological studies published in left leaning periodicals reported ‘masculine rituals’, where aggression learned in the home and on sink estates in the inner city, also manifested itself inside the football stadium. From viewing fans as an object of anthropological study, a race apart, it’s a short leap to seeing them as an object of social control, to be disciplined by riot police and held in de facto cages.

So perhaps the most evocative example of the way that fans were demonized by Government policy was the introduction of terrace fences. Fences were installed to prevent pitch invasions but they also presented football supporters like animals in the zoo, or criminals behind bars.

Fencing in spectators was mentioned in the 1976 ‘Green Guide’, which was a non-binding series of guidelines for making sports grounds safe for spectators; the guide even gave recommended measurements for the size of fences. Many health and safety experts opposed the prospect of fencing in very large numbers of people in what were already very confined and uncomfortable spaces. Even more, they objected that in the event of an emergency, fences would be a major obstacle to honest evacuation efforts (I’ll come to the Bradford fire later). Despite this, and although fences weren’t specifically mandated, most football clubs across England rushed to install them.

The terrible logic of this practice led to Hillsborough when terrible policing resulted in 97 Liverpool supporters, whose only offense had been to arrive early, being crushed to death behind one of the goals. In the immediate aftermath of the tragedy, Lord Justice Taylor said that the fences were ‘prison type’ and that they had an adverse effect on the morale of supporters.

As we now know, Hillsborough occurred at the end of the 1980s, but the fact that it happened after the Bradford Fire, when 56 people lost their lives in a blazing stand at Valley Parade some four years earlier, is all the more damning. Had lessons from that awful tragedy been heeded, Hillsborough could have been been prevented.

In the weeks after the blaze at Valley Parade (and the riot at the Heysel Stadium in Brussels where 39 Italian football fans died, after Liverpool fans charged them on a decaying, crumbling terrace and a perimeter wall gave way) Lord Justice Popplewell undertook an investigation into both tragedies. In his eventual report, there was something Popplewell noted that seemed to get lost in all the anti-hooligan hysteria that Heysel had re-triggered. It was on the subject of fences; perimeter fences were a bad idea and hooliganism had not been neutralized at all by their installation. Moreover, it was the lack of a perimeter fence at Bradford that had undoubtedly prevented an even worse tragedy from occurring, although the design of and material used to construct the stand that burned to the ground didn’t help.

Bates was never afraid to speak his mind and ruffle a few feathers, but when he announced his proposal to improve crowd control in April 1985, many were left stunned. Bates’ suggestion was shocking in more ways than one. An 11-foot high perimeter fence was not enough for Bates; he wanted, as he put it, the “ultimate deterrent” for wannabe pitch invaders. Barbed-wire at the top of the fence would be added, but Bates was planning to go one step beyond. Chelsea’s chairman wanted to add an electric section to the top of the fence, together with a live current passing through it, whilst Kerry Dixon led the line out on the pitch.

The Football Association were powerless to reject the idea and it was only the intervention of the Greater London Council that thwarted Bates’ madcap plan, with the electrification of the fence strictly prohibited by the safety certificate the Council issued for Stamford Bridge.

The whole electric fence affair gives a very real indication of the state of English football in the 1980s. On the one hand, you had football clubs, police, and football authorities searching for an answer to the conundrum that was hooliganism. On the other hand, you had a club chairman proposing to erect electric fences, without a second thought.

It is staggering to recall that Bates came up with the idea in the first place and that he felt it would be acceptable, but the fact that many agreed with his hard line, reinforces the disregard held for anyone entering a football stadium during a turbulent decade for the sport. Football supporters were often treated like animals back then. If Bates had got his way, I shudder to think what might have followed.

Instead, the Taylor Report heralded a step change for long suffering football fans. All-seat stadiums, bans on alcohol and the fact that some of the more unruly elements have largely been priced out, have helped minimize the chance of football grounds again becoming death traps and given way to the type of debate we now enjoy without giving it a second thought. Stay and expand or move elsewhere? Either way, we won’t be fenced in.

How To Build Your First Pioneer Deck In MTG

Home Works Painting, Top Painter in Herndon, VA, Has Been Recognized For its Quality Painting Services