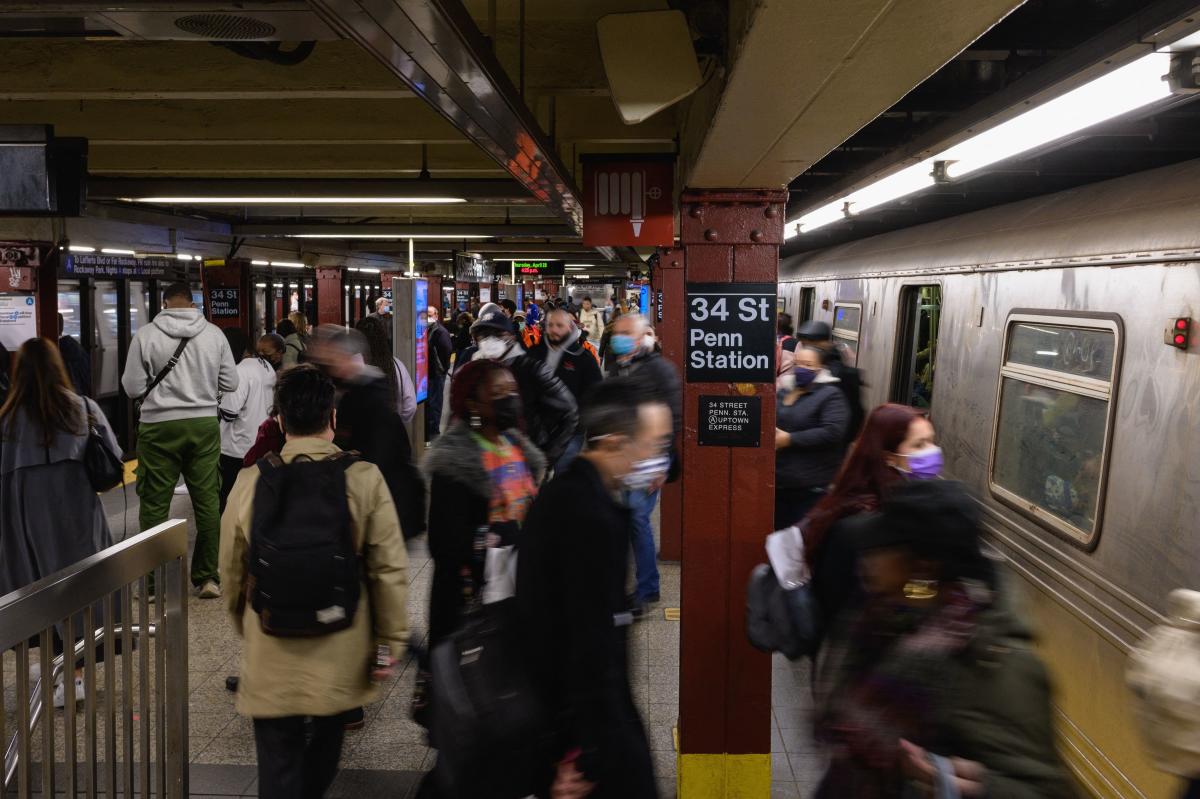 The COVID-19 pandemic changed how we live, how we work, how we get from where we live to where we work or even if we have to leave where we live to get to where we work. But the number of workers that have had their commutes shortened from 45 minutes to 45 feet constitute only a fraction of the American workforce — the remainder are still making the twice daily trek. In his new book, Going Remote: How the Flexible Work Economy Can Improve Our Lives and Our Cities, urban economist Matthew E. Kahn examines how this tectonic shift in work-life balance might eventually play out, as well as the increased economic and social stratification it could bring about.

blue background, a bunch of yuppies sitting on clouds and working on laptops. White text for the book title, yellow for the author’s name.

Excerpted from Going Remote: How the Flexible Work Economy Can Improve Our Lives and Our Cities by Matthew E Kahn, published by the University of California Press. © 2022 by Matthew E. Kahn.

Not everyone can engage in remote work. If 35 percent of the workforce is engaged in remote work at least a few days a week, this will have at least three effects on other workers. First, service jobs demand will rise in the residential areas where remote workers move to. As remote workers move farther from city centers, this will create exurban demand for service workers at the Starbucks and other stores where they shop. Land prices are cheap at the suburban fringe and the purchasing power of such local service providers will be higher than if they sought jobs in the center city. While service workers cannot work remotely, they can move to remote locations where rents are cheaper if more people work from home. If 35 percent of the workforce begins to work from home three days a week and thus are home five days a week, there is a demand for a service sector in areas where they live. This creates new jobs for less educated workers in such areas. In these areas, housing is cheap. This increases the quality of life for such service providers. There will also be new construction jobs as new homes are built farther from the employment centers. Families who spend more time at home will invest money to upgrade the home. This creates new opportunities for those who supply home improvement services. Some people may add a new office to their home or other features to customize it to their needs.

While there are significant opportunities for less skilled workers to live and work far from the cities in the cheaper parts of metropolitan areas, one countervailing force is the rising minimum wage. In cities, the minimum wage is usually not binding as workers must be paid higher nominal wages to attract them. In contrast, in more suburban and exurban areas, being required to pay service workers $15 or more per hour may reduce demand for workers. If workers can find very cheap housing far from the cities, then many would be willing to work for less than $15 an hour. While most people think that a high minimum wage is “good” for low-skill workers, economists emphasize the likely unintended consequence. When employers are required by law to pay a higher than competitive market wage to people, they create fewer jobs. For example, such firms can substitute and rely on robots or other pieces of capital. Economists argue that a higher minimum wage increases unemployment for less skilled workers. In places where housing is cheaper, the minimum wage will more likely be a binding constraint on employers. The net result here is perhaps counterintuitive. Less skilled workers will gain more from the rise of WFH when they live and work in states with less generous minimum wages.

Throughout this chapter, I have focused on how the WFH eligible reconfigure their lives to make the most of this new opportunity. Here it is important to note that those who are currently not WFH eligible are not locked into this category. Younger workers can retrain in fields to open up this possibility for themselves. Parents of younger children can make investments in their children to raise their probability of being WFH eligible in the future.

Those who work in the service industry and thus earn a living from face-to-face interaction still gain from the rise of WFH because they gain from a larger menu of options of where to live their lives. If a wealthy environmentalist community forms in Bozeman, Montana, then this creates new opportunities for those in the service sector to live and work there. While this option may not be attractive to everyone, the key is to increase the menu of possibilities. Non-WFH-eligible workers know themselves and their life goals, and they will make the right choices for themselves and gain from having a larger menu of alternatives.

As more people have the opportunity to live and work where they want to be, this increases not only their physical and mental health but also the accountability of our institutions. If there are places whose governments are failing to meet the desires of local residents, then people will be more likely to move away. In this setting, real estate prices will more quickly reflect changes in local quality of life. If an area features a rising crime rate, in the new WFH economy people will “vote with their feet” and real estate prices will decline in that area. This demands that local officials be more responsive in addressing emerging quality-of-life challenges because if they fail to do so, the tax base will shrink.

While this has been an optimistic chapter, I must add a few cautionary notes about concentrated urban poverty. WFH creates an incentive for the American people to spread out. This chapter has sketched out the benefits from this emerging trend. At the same time, such suburbanization may contribute to the further isolation of the urban poor. Poor people live in center cities in areas such as Baltimore and Detroit because there is old, cheap housing and there is good public transit. If the poor remain in these center city areas and richer people are suburbanizing, then there is greater geographic isolation of the poor and this may reduce political support for programs that redistribute to them because there is an “out of sight, out of mind” effect and the physical distance between the groups acts as a type of moat. Past research in urban economics has documented that college graduates are more likely to suburbanize when violent crime increases in the center city. This propensity to engage in “flight from blight” is likely to increase in a WFH economy because educated people no longer commute to center city jobs five times a week.