[WATCH] From the edge | The pest controller 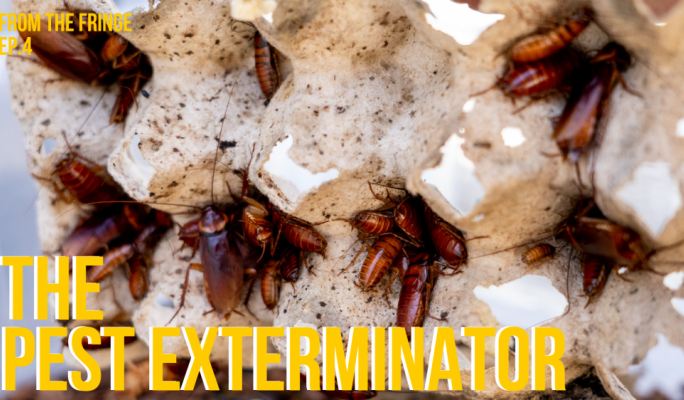 Why did you become a pest controller?

I never intended to become a pest controller as it came about by accident. Basically, it was my automatic call. I studied natural environments, entomology, and insect research. That’s my area of ​​interest to this day, and then a company asked me to identify some insects for it, and I had to try out how these things work for a while. I realized that there is no professional approach in Malta and how much education the public needs. Coming from a conservatory, I felt the need to protect these species instead of eradicating them. I felt the need to save the species that have found their way into people’s homes.

Isn’t pest control one of the worst jobs in the world?

For me, it’s the best job I can have as it opens the door to what I’m looking for in life. First I had to find a niche job myself. I couldn’t bring myself to study for a job I wasn’t interested in. That opened up opportunities for me that others long for and don’t have. It obviously has its advantages and disadvantages. I have access to all the homes and facilities in Malta that others don’t. From there, I can find out how species behave and what new species are introduced when we distribute species. Others can study in Dingli or Ta Ċenċ, but they cannot tell you what the species distribution is like in an urban area like San Ġwann. I can share such information with you as I have access to all data

Aren’t cockroaches the most disgusting insect to have in your home?

Cockroaches are the insects that interest me the most because they are the group that most people needlessly fear. There is a lot of misinformation and while I am not telling anyone to breed cockroaches in the kitchen, it is not true that they transmit disease; not at all. Aesthetically, humans are very judgmental. If we know that there is a caterpillar that harms agriculture but turns into a butterfly, we still appreciate it aesthetically. The cockroach does a lot of good. We’re talking about 4,630 different types and we’re still discovering new ones. The world would survive no more than 8 weeks if they were to die out

Did pest populations increase during the pandemic?

Some species that rely on humans to get from one house to another have actually declined in number. For example bed bugs, which we call ‘Baqq’ – the German cockroach is also dependent on humans. But in cases where restaurants have closed abruptly and haven’t been cleaned thoroughly, certain species have invaded. Imagine if you had a kitchen with a lot of food and no one to control you … People were spending more time at home and therefore noticed more problems with their homes. People stayed indoors more and the streets were taken over by others, such as mice showing a lot of presence. People filmed

Rats in the middle of the street, because they were aware that, for example, cars did not pass by regularly. Even garbage – everything plays a role from a pest perspective. Everything has improved for the species, but moved closer to the coast for more sensitive species such as dolphins. More birds have been sighted and more species have been added in Venice. This shows the tremendous pressure that humans put on the earth due to the amount of wasted resources.

Which pest is the most resilient?

I can’t comment on that because I don’t care. Most dangerous in terms of infestation, not danger, are fleas and bed bugs. These are the species that affect humans the most. When it comes to dangerous pests, you have more than mice and rats the oriental hornets. I don’t like to scare people, but as you get near their nest, you run the risk of seriously injuring yourself.

Does Malta have a problem with oriental hornets?

The oriental hornet came into the country about eight years ago and spread across the Maltese islands. It’s more common in urban areas like Sliema and St Julians, as areas with bricks are more ideal for it – since it nests in them rather than in places like Dingli. Those who grow bees in cities lose them, while those in places like Dingli are less affected. It is supported by those who feed wet cat food outdoors and don’t clean it up afterwards. They provide the hornets with a source of protein and help the colonies to spread.

There is some misconception about hornets as this species coexisted in the past with other similar species that have been eradicated. So there was a dilemma as to whether or not to kill her. Did it come to Malta by itself? It spread by itself in the Mediterranean. There are many who confuse it with the Asian hornet, which it does not. God forbid they also enter the land. We must remain vigilant, but the impact hornets have on agriculture and humans is best addressed because it could be deadly. A sting is very painful and takes a while to recover – but if you are attacked and vulnerable by a group of hornets, or an older child or young child, the consequences can be severe.

Is shooting pigeons a good way to kill the species?

If it was just an ethical problem and it was the solution, I would tell you, “Yes, do it”. Shooting is in our blood and we Maltese enjoy shooting; however, it is not the solution. Really what you do … if you have a building, for example, and kill six or ten, the other pigeons who know the building is perfect for them will go back there. You can’t keep up with the pigeon population. Pigeons have been introduced as a species for a long time, not just recently. They are descended from domesticated pigeons. Their instinct is to reach for cliffs, like their ancestors, the rock dove who lived on cliffs.

It is harmful as it transmits certain diseases and its waste harms historic buildings.

It also blocks ventilators if it becomes implanted in them and therefore its population needs to be controlled. What this country has never learned is that the problem is never in one place, it is a national problem. Certain places more than others as pigeons know where to eat. Even so, it doesn’t make sense for the local council to decide to control the population of this place. As soon as they are eradicated there, which is not possible, the pigeons from other places will go where it suits them best. It’s a national problem. We’re not talking about a snail invasion, but rather a flying bird that easily moves from Valletta to Sliema in a matter of minutes (although they tend to stay in the same place). Therefore, this problem needs to be addressed in a mature manner at the national level.