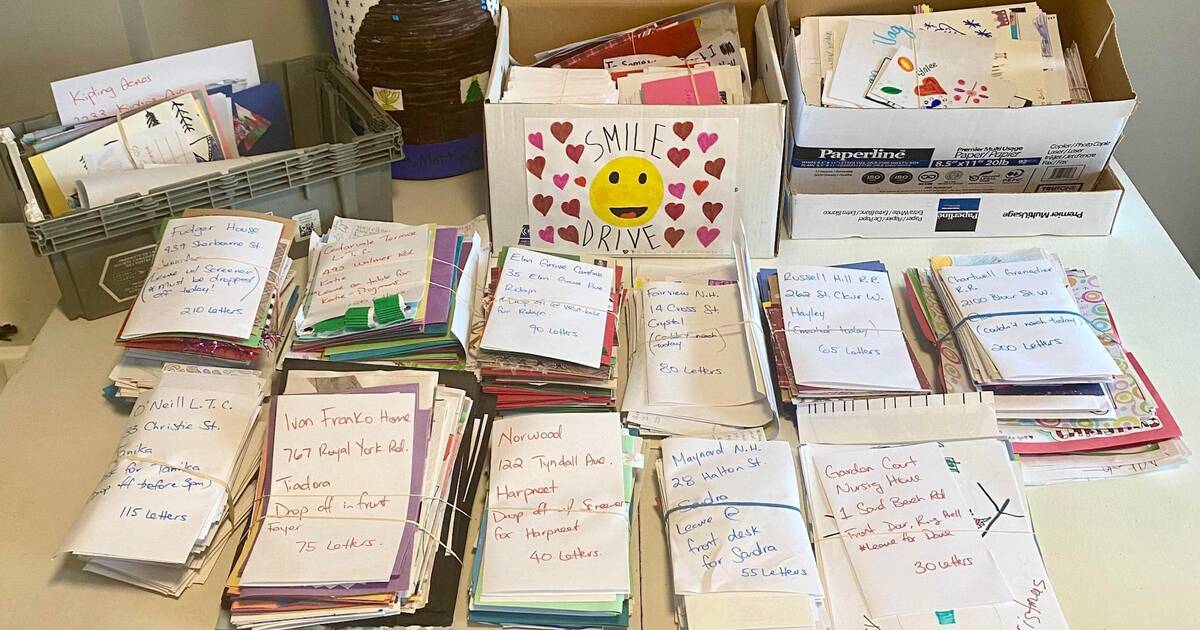 Twenty-two hundred letters, pictures, and “everything in between” were collected by a Toronto plumber and his wife for distribution to seniors this Christmas season.

Local plumber Geoff Burke is perhaps best known by Facebook users for his “How NOT to Call the Plumber,” series of tips on home plumbing. Recently, however, he has been giving back to the community on an even larger scale.

It started with a candy slide challenge he led with his wife Angela for Halloween last year that eventually raised $ 25,000 for the Daily Bread Food Bank.

The couple started talking about what else they could do in late November and came up with a concept they called their “Smile Drive”.

“With so much uncertainty this year, too, we tried to think about the best way to put a smile on as many people as possible,” Burke told blogTO.

“We knew long-term care residents had had some particularly tough years, so we thought this would be a great thing for the community.”

They asked as many parishioners as possible to write letters and paint pictures or do anything they could think of that could make a smile, and gathered them up to deliver to nursing homes.

A surge of responses came from letter clubs where members wrote hundreds of letters, entire classes and schools, girls’ leaders and cafes. Community members also acted as drop-off points for letters being picked up for collection.

In the end, the 2,600 letters and pictures collected were enough to give one to each resident in 16 nursing homes.

“We try to do something for the community every year,” says Burke. “So we have to see what initiative we can develop next time.”

Ask the Remodeler: This window is still blurry after all these years