The rise of the fashionable concrete house 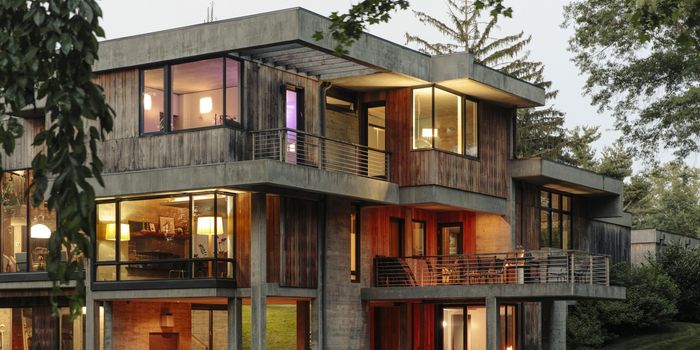 “There’s a very strong emotional attraction for me to concrete – it’s the only material that accepts imperfections,” said Ms. Shroff, a 44-year-old painter and fashion designer whose 7,000-square-foot house, completed in 2013, cost more than $ 5 million to create. Her husband, Nickhil Jakatdar, a 46-year-old Silicon Valley entrepreneur, had doubts during the 4½ years it took to design and build the house. “He said, ‘Will it look like one of those houses in India where they’re running out of money and they don’t paint?’” She recalled.

Unimpressed by associations with cell blocks and parking garages, more and more homeowners are discovering that concrete is the chameleon of building. It can take on the texture of wood or glass, an artist’s color palette beyond hazy gray, and the addition of structural fibers and plasticizers makes it less prone to cracking.

“It’s pretty much the standard concrete that has always been used but has been upgraded with new additives,” said Fu-Tung Cheng, whose Berkeley, Calif. -Based Cheng Design company created Ms. Shroff’s home. “Most people immediately respond to concrete by thinking of highways and parking lots. However, when used properly, it’s like stone it was before, sculptural with a real sense of timelessness.”

Concrete has been around since ancient times when Roman builders mixed lime, sand, and rubble with volcanic ash to create the Pantheon dome. Modern concrete swaps the volcanic ash for Portland cement. Concrete houses can be cast in place in plywood or sheet steel molds and lined with anything from pine boards to mirror-finished plastic laminate. Or they can be built with prefabricated concrete walls or blocks. The strongest concrete houses are reinforced with steel, which makes them strong enough to withstand fires, floods, and hurricanes.

The photo fence: Artists hold the love affair of the Darwin homeowners with high fences

The best tea kettle options for the kitchen in 2021