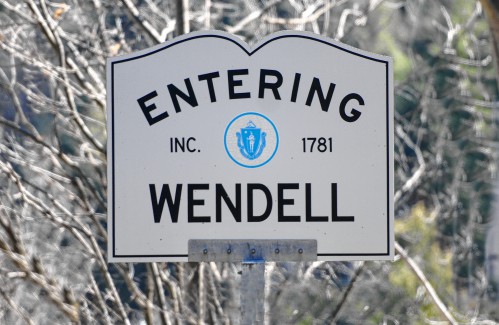 WENDELL — The town is exploring ways it can alleviate the pest problem in some of its buildings.

The Selectboard has tasked member Gillian Budine with collecting estimates from local pest control companies so the board can make an informed decision to remedy the issue. Pests have been spotted in Town Hall, the Town Offices, the Wendell Free Library and the Senior Center.

Budine said she is particularly concerned about the issue at Town Hall, because of the food that’s kept there for the Wendell Good Neighbors Food Pantry.

Board member Dan Keller said he wants the Selectboard to be mindful of people’s health when trying to resolve this problem.

“I’m pretty firmly opposed to using pesticides in any town buildings, because of the effects on humans and animals that maybe you don’t want to hurt,” Keller said. “So I appreciate looking into the alternatives. And I think mousetraps go a long way.”

Budine said she has spoken with Zero Tolerance Pest Control’s owner, who said the company has already treated the Wendell Free Library for mice, though the building is “probably due again.” The company, Budine said, uses a bait box that does not harm birds.

“The way he described it, it’s a kind of bait box that makes mice feel sort of euphoric, whatever is in it, and they go outside and bury themselves in the ground and pass away,” Budine said.

She also said she showed pictures of the offending ants to her mother, an entomologist who explained the body differences between carpenter ants and regular ones.

According to estimates that Zero Tolerance Pest Control emailed to the Selectboard, first treatments for mice at Town Hall and the Town Offices would each cost $175 and the Senior Center would cost $100. The first treatment is more expensive because the client pays for the bait box. The prices drop for refills, typically every three months. Individual refills at Town Hall, the Town Offices and the library would run $125 each, with the Senior Center costing $75. But if all buildings were treated, refills at the first three structures would be $99 and the Senior Center would cost $44.