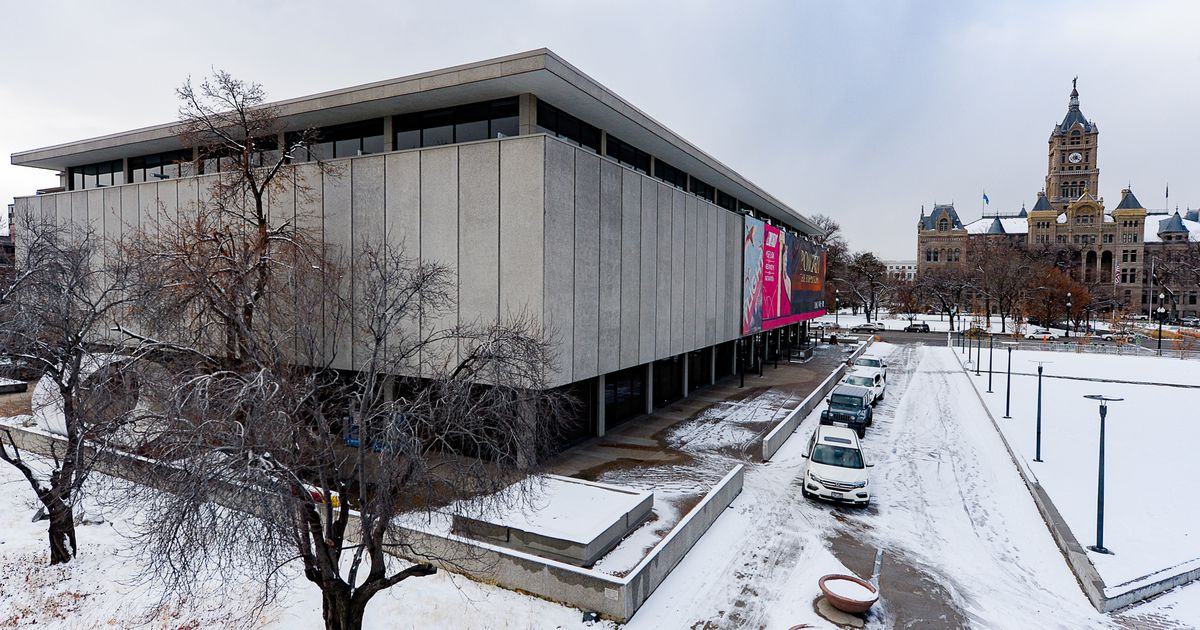 A dispute between Salt Lake City and the Leonardo Museum over a homeless camp and the museum’s lawn sprinklers surfaced on Twitter Friday morning.

At around 9:15 am Friday, maintenance teams at Leonardo, 209 E. 500 South in Library Square, Salt Lake City, turned on the outdoor sprinklers, according to Havilah Clarke, the museum’s chief engagement officer.

Salt Lake City Mayor Erin Mendenhall’s chief of staff, Rachel Otto, said the mayor was driving to work at City Hall – one block west of The Leonardo – when she saw the sprinklers go off. The mayor, Otto said, saw that belongings were still in the parking strip along 500 South, which had been a homeless camp all winter.

Clarke said the crews left at 8 a.m. and again at 8:30 a.m. to warn the people in the tents – and then museum officials called the police to help people relocate. Another warning was issued at 9 a.m. before the water was turned on at 9:15 a.m. “to ensure everyone had enough time to move around and clear out their belongings.”

Friday was the first warm day maintenance had taken place this year, she said. “We performed standard maintenance,” said Clarke. “We didn’t do anything wrong for any of them.”

The mayor did not agree at all, said Otto. “Under no circumstances this was not the right thing,” said Otto.

When Mendenhall walked into her office, “she was very, very alarmed,” said Otto. “The fear was that this was done on purpose and without proper notice.”

After people from the mayor’s office tried to contact officials at the Leonardo, a city crew was sent over to shut off the water. The water had run for about 20 minutes.

In a thread on her official Twitter account, Mendenhall condemned the practice. “To be very clear, Salt Lake City condemns turning on sprinklers when unprotected people are around,” Mendenhall wrote. “It’s inhuman and hideous.”

We know that the sprinklers ran along the 500 S in front of the Leonardo this morning.

Although these sprinklers are not controlled by the city, we have taken steps to turn them off immediately and are investigating how and why this happened.

Mendenhall also emphasized the city’s partnerships with the district and state government as well as with non-profit organizations “to contact vulnerable people and to include them in services and to connect them with living space”. She pointed out that such work “is a process that takes time and repeated, sustained contact with individuals before it is successful.”

Clarke also promoted the work The Leonardo did for the homeless population of Salt Lake City. She cited the museum’s “No Fixed Address” exhibit, which ran in 2016, “to give voice to the voiceless,” said Clarke.

Regarding the homeless camp on Leonardo’s doorstep, Clarke said, “We believe we have more than understood,” adding, “We would never do anything to intentionally harm this population.”

She added, “We followed the same policies and procedures that we have throughout the year. This is no different than any other day that we have to temporarily move staff to do regular business maintenance. “

Friday’s sprinkler battle is just the most recent clash between the city and The Leonardo, an art and science museum housed in the former home of the Salt Lake City Library headquarters, a building owned by the city.

In November, under Mendenhall’s predecessor Jackie Biskupski, the city issued a formal notice of default against The Leonardo, who owed the city over $ 600,000 in unpaid loan and utility bills. City officials have also said the Leonardo failed to maintain the building under his lease.

The best landscape lighting of 2020