The Great Tower at Dover Castle: Power, prestige and plumbing 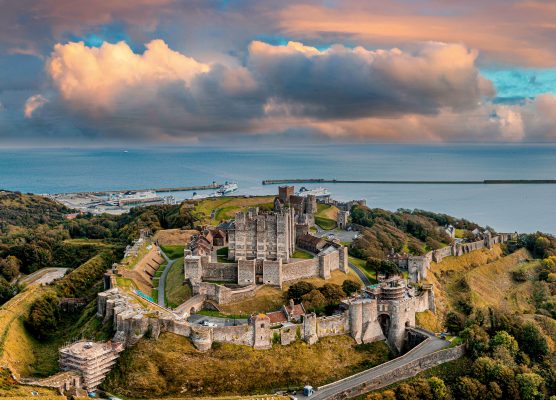 Jack Watkins looks at the story and impact of The Great Tower at Dover Castle, the imposing creation of Henry II that still stands strong almost 900 years later.

Whether the Norman Conquest of England was, as maintained by those notable authorities WC Sellar and RJ Yeatman in 1066 And All That, ‘a good thing’ has been much debated by scholars. What’s not in doubt is that the Normans introduced the castle, a monument type that, in its purest medieval definition as a fortified noble residence, was unknown to the Saxon kingdom.

Within 100 years of the Conquest, according to R. Allen Brown, the great historian of the Norman period, castles ‘stood thick in every county’. In the haste to erect motte-and-bailey castles as quickly as possible, the towers were made of earth and timber, but, during the 12th century, the use of stone was increasingly common, signaling the arrival of the more substantial, thick- walled keeps rectangular.

It might seem that these hulking structures represented a technological advance. However, in France in AD1000, the master castle-builder Fulk Nerra, Count of Anjou, was already building massive stone keeps, such as Langeais on the Loire, the ruins of which still stand today. How fitting, therefore, that the building of England’s strongest, Dover Castle’s Great Tower, was not overlooked by a Norman, but by one of Fulk’s Angevin descendants, Henry II, the first of the Plantagenet line on his ascent to the English throne in 1154 .

Henry II (1133-89), the first Plantagenet king of England, ruled from 1154 until his death. (Photo by The Print Collector/Getty Images)

The Normans had erected a castle at Dover soon after William the Conqueror’s victory at Hastings, raised above a pre-existing Iron Age earthwork on the cliffs above the harbour. Little is known about this structure or of subsequent extensions before Henry II’s costly remodeling between 1179 and 1189.

Henry’s Great Tower, at 83ft high, with the corner towers rising 12ft higher and with walls up to 21ft thick, was a formidable stronghold. The King’s engineer Maurice also built an elaborate system of outworks, including an inner-bailey curtain wall with 14 square towers and two gatehouses. The concentric lines of defenses were among the first of their kind in Europe; not for nothing did 13th century chronicler Matthew Paris dub the castle ‘Clavis Angliae’ — the key of England.

However, Dover Castle also expressed power and prestige that went beyond the purely militaristic. By the 1180s, the cult of St Thomas Becket had taken hold, drawing pilgrims from afar to worship at his Canterbury Cathedral shrine. In the late 1170s, notable visitors had included Count Philip of Flanders and Louis VII of France.

Henry, recognizing an opportunity to create an impressive royal showcase through which to welcome Continental entourages, invested heavily in the castle’s service facilities, as well as in its defensive capabilities. The floors were linked by spiral staircases in the north-east and south-west corners and a plumbing system was based on an extensive network of lead pipes distributing water sourced from rainwater gutters and a well 289ft deep. 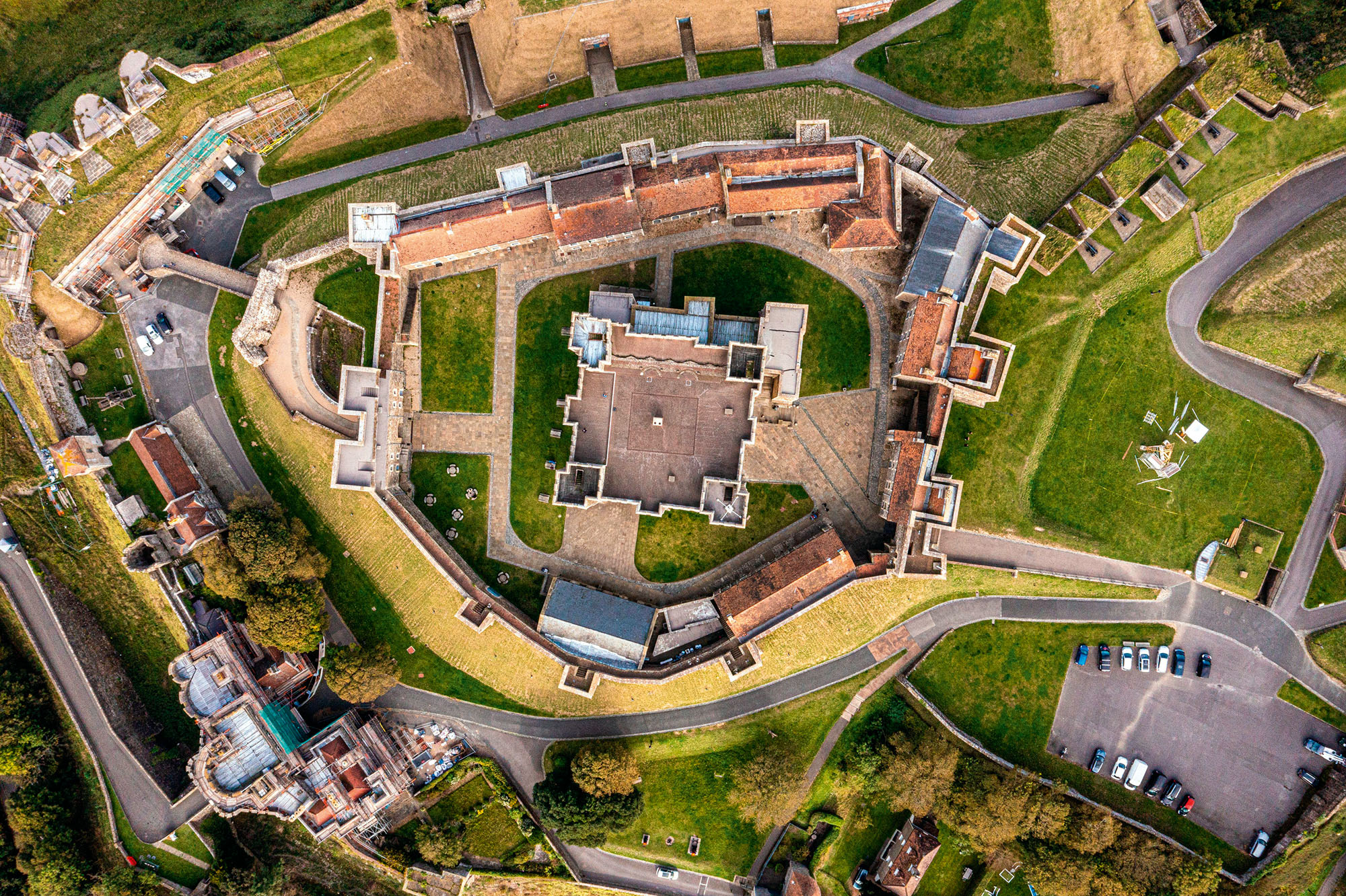 Aerial view of the Dover Castle.

The tower was visually striking from a distance, with white Caen stone used in broad horizontal strips contrasting with the gray Kentish ragstone, which was also used as a construction material. Inside were two chapels, one of which was dedicated to St Thomas, with decorative stonework on the arches and capitals similar to those at the cathedral.

Elsewhere, decoration was relatively restrained and mainly confined to the second-floor halls. The tower’s fireplaces were a 15th-century insertion. In 2009, English Heritage redecorated the king’s hall, king’s chamber and other rooms to convey a sense of how they might have looked in Henry’s day. As historian Kevin Booth says, ‘apart from the late-18th-century brick vaults over the upper halls, the tower remains much as conceived and built in the 12th century.’

This was the last of the mighty Dover Castle’s rectangular keeps, and it has proved to be one of the most enduring, still looking down from the crest of the hill over the town today, offering an intriguing backdrop to walks along the famous white cliffs.

They still stir the emotions in the 21st century, but imagine the impact the rectangular castle keeps of the Anglo-Norman period had in their heyday. The first of them to be built in this country was William the Conqueror’s White Tower in London, originally 90ft high to the battlements. Highly defensible, it also brought together the scattered structures of a traditional Continental palace, such as a hall, chapel and service rooms, under one roof.

The visceral impact of the White Tower — which was lime-washed by Henry III, hence being ‘white’ — is somewhat lessened by its incorporation within what was then called London Castle, and which we now know as The Tower of London, as well as by the later addition of cupolas on the corner towers and the insertion of large windows. 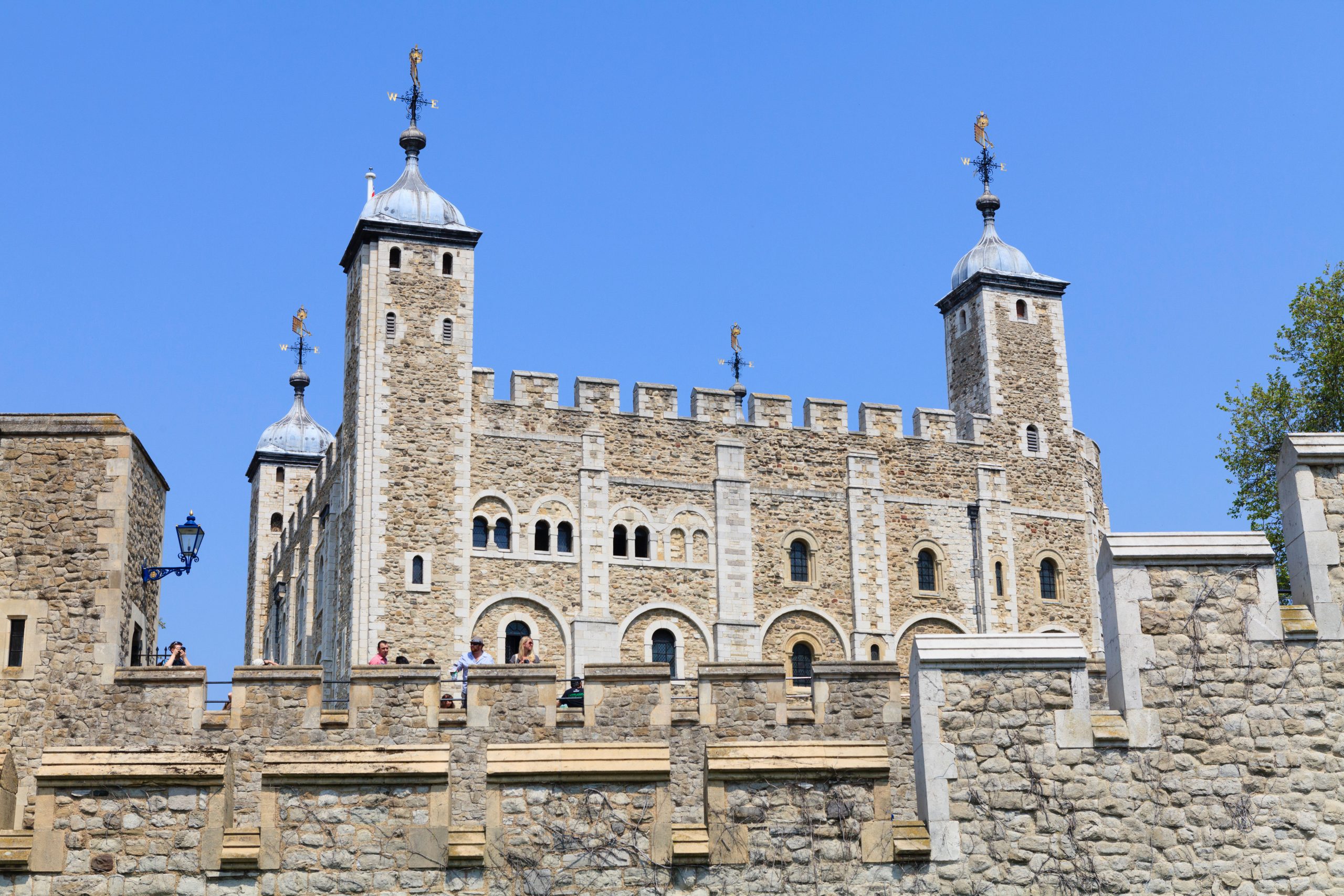 The near-contemporary Colchester Castle in Essex, which was even larger than the White Tower, but lost its upper storey in a failed attempt at demolition in the English Civil War. 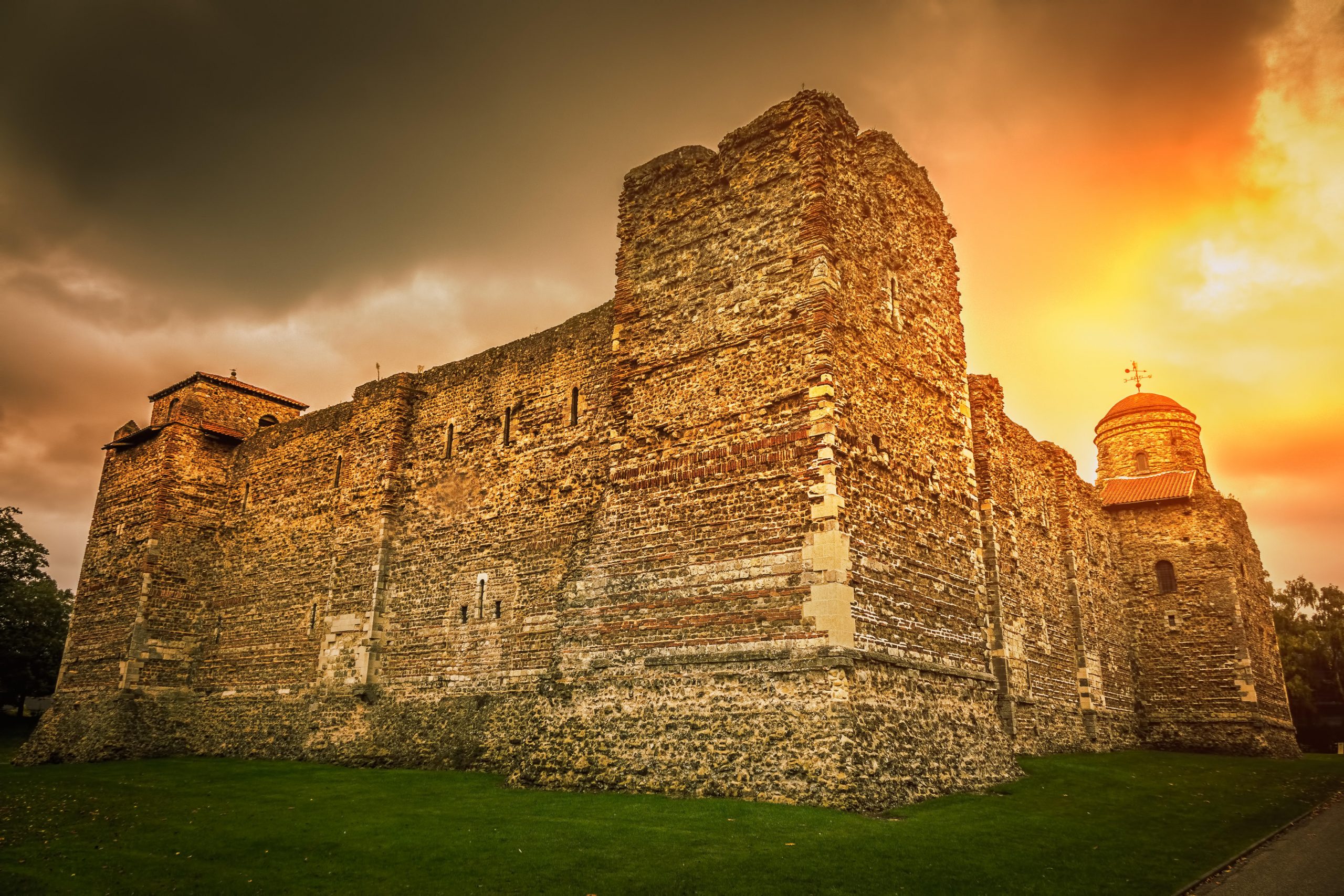 Recommended videos for you

Rochester Castle, Kent, built in the reign of William II (1087-1100), remains the most visually intimate of the surviving stone keeps. 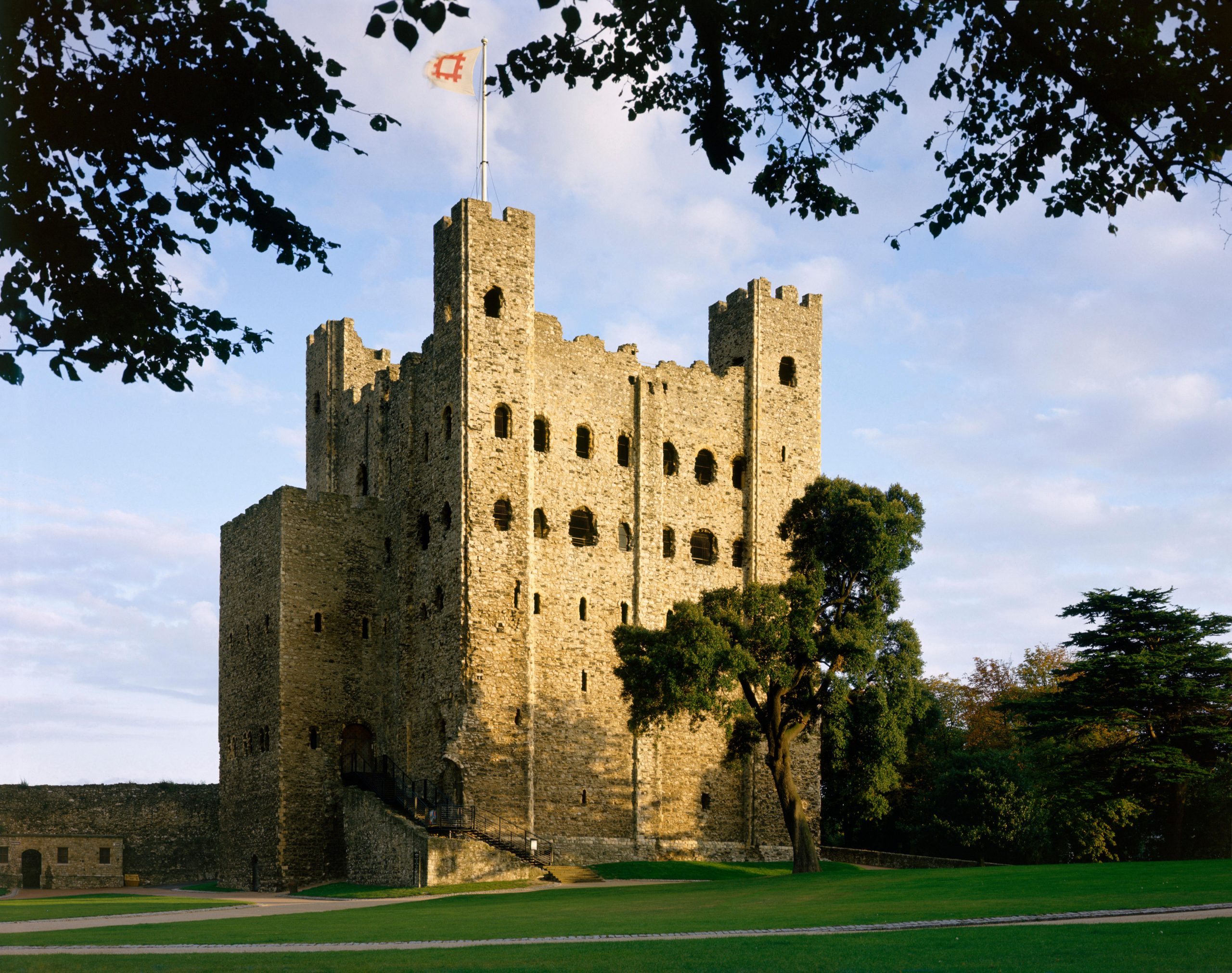 These huge structures were expensive to build in comparison with motte-and-bailey castles. Inevitably, the latter proved less durable, although Berkhamsted Castle in Hertfordshire is a visually striking ruin. 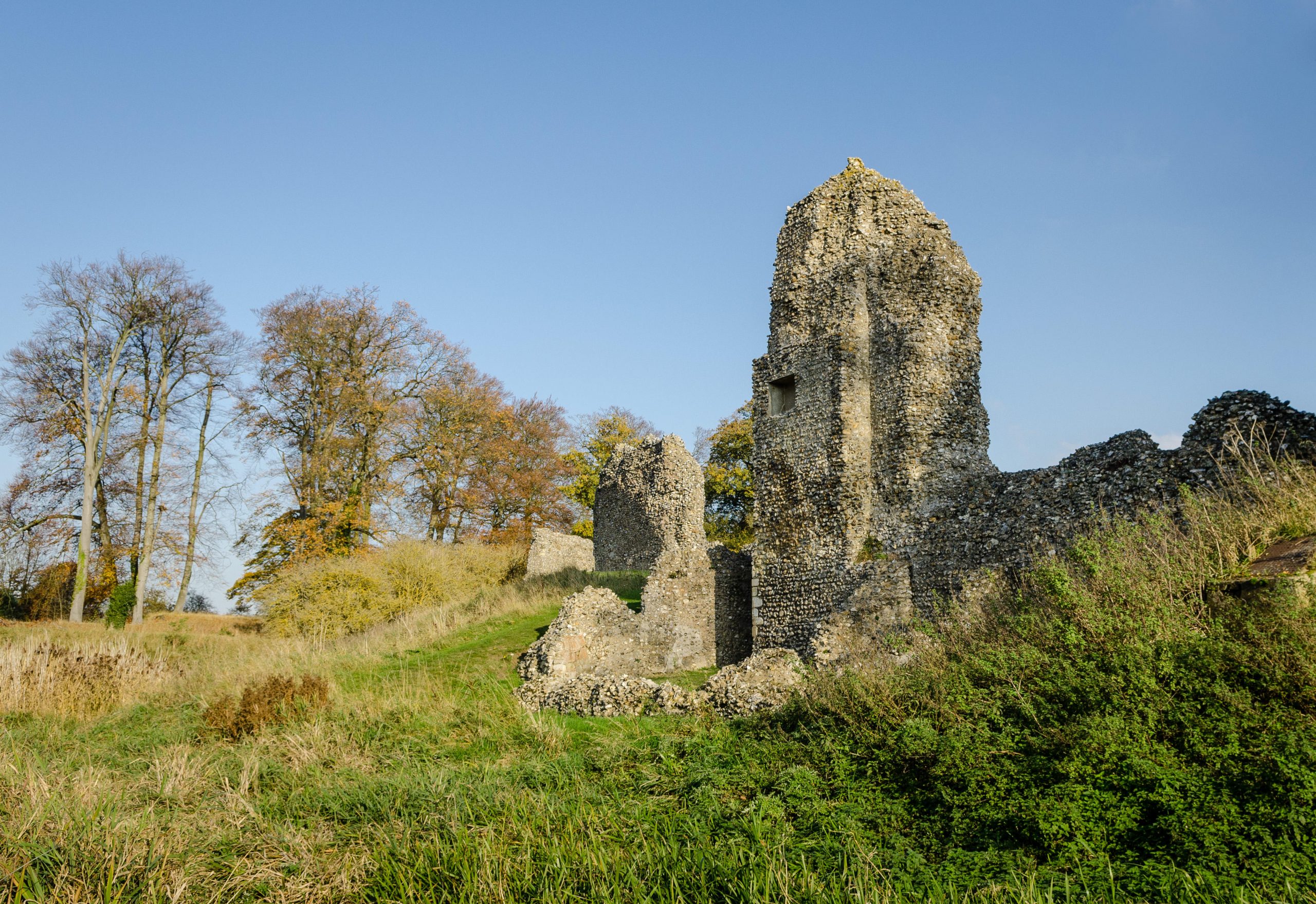 Ruins of the Berkhamsted Castle in Berkhamsted, Hertfordshire. Credit: Alamy

We take a look at the finest castles, country houses and estates for sale in Scotland, from under £700,000 to

How to save money on a home renovation as inflation hits