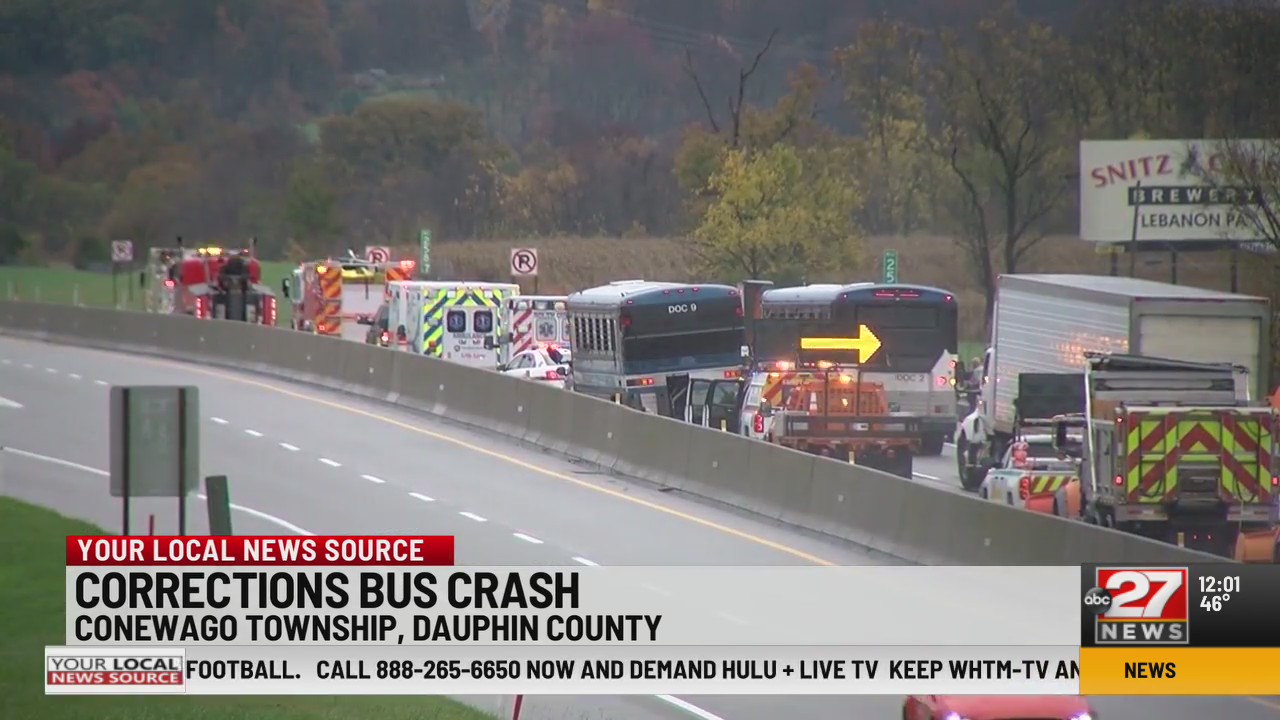 FIX: A previous version of this story incorrectly claimed this incident was fatal and has been updated with the correct information.

CONEWAGO TOWNSHIP, PA (WHTM) – All eastbound lanes on I-76 reopened around 8:37 a.m. Friday after a correction bus accident on mile marker 258 of I-76 between 247-Harrisburg East and 266-Lebanon-Lancaster.

According to the accident report, the bus was in the left lane when the left steering tire suddenly deflated and the driver lost control and the vehicle hit the middle concrete barrier.

The bus was loaded with 38 occupants and employees. All inmates were reported after the crash and taken to Penn State Hershey Medical Center for treatment for non-life-threatening injuries.

What was originally thought of as nine ambulances on the way to the hospital quickly grew to a potential of 40, said Dr. Sharon Griswold, an emergency doctor’s office in the medical center.

Carl Defebo of the Pa. The Turnpike Commission confirmed Friday afternoon that the accident only affected the correction bus and the Pennsylvania State Police are investigating the cause of the crash. The accident occurred in the eastbound lanes near Lawn Service Plaza in eastern Dauphin County.

According to the police, the National Transportation Safety Board (NTSB) may join the investigation based on the type of vehicle.

According to Australian studies, the lighting in your home can affect your sleep