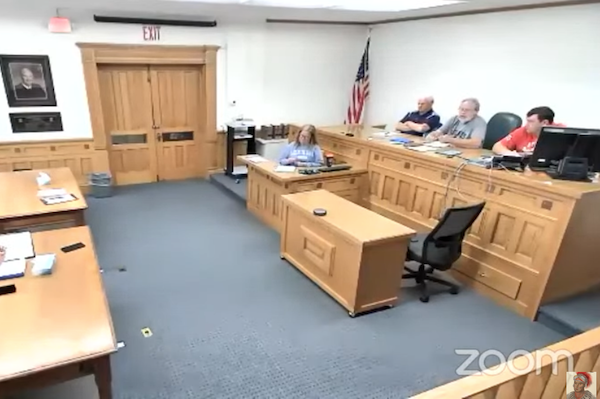 OTTUMWA – The Wapello County Board of Supervisors awarded a bid on the Courthouse Window Replacement Project during their Meeting Tuesday morning.

According to Supervisor Jerry Parker, 3 bids were received back, with two being local. Christner Contracting Inc. was awarded the winning bid in the amount of $1,177,225.

“I think this was a great example of trying to make sure we get as many bids as possible,” supervisor Brian Morgan said. “I know it helped us with that competition to get that work. Sometimes it’s not always possible to get more than one bid, but this helps the taxpayers.”

Approximately 110 windows are to be replaced at the courthouse. It will take around six months to have the windows custom built and the goal is to have them be installed next summer.

The project is being paid for through funds from the American Rescue Plan Act.

The board also filed the asbestos report for the project at Tuesday’s meeting.

“We had to have a survey done it really wasn’t very expensive when you look at doing five floors, only like $900,” said Parker. They gave the report and we’ve given it to our engineer on the project and he will give it to the successful bidder.The reason we’re doing it that way is if they’re only going to work in a certain parameter, they’re not in areas where we have any asbestos or lead paint so the contractor, we want to know what areas we need to have them come in and do the abatement on.”

Parker gave an update on the veteran’s food deliver program the county recently became involved in.

“We’ve been involved in food delivery for years and this year we started the veteran’s food delivery,” Parker explained. It’s outside, we only had one bad day that’s where it was raining so we’ll be bringing over canopies and tents so the people handling out the food and the food will be protected.”

For the cold winter months Parker said it appears that they’ll be able to utilize an area at the new Emergency Management building on Emma Street in Ottumwa.

“They have an area there where people can drive through so the people handing out the food will be inside. It’ll still be cold but at least they’ll be inside and out of the weather and when we’re putting it into cars .”