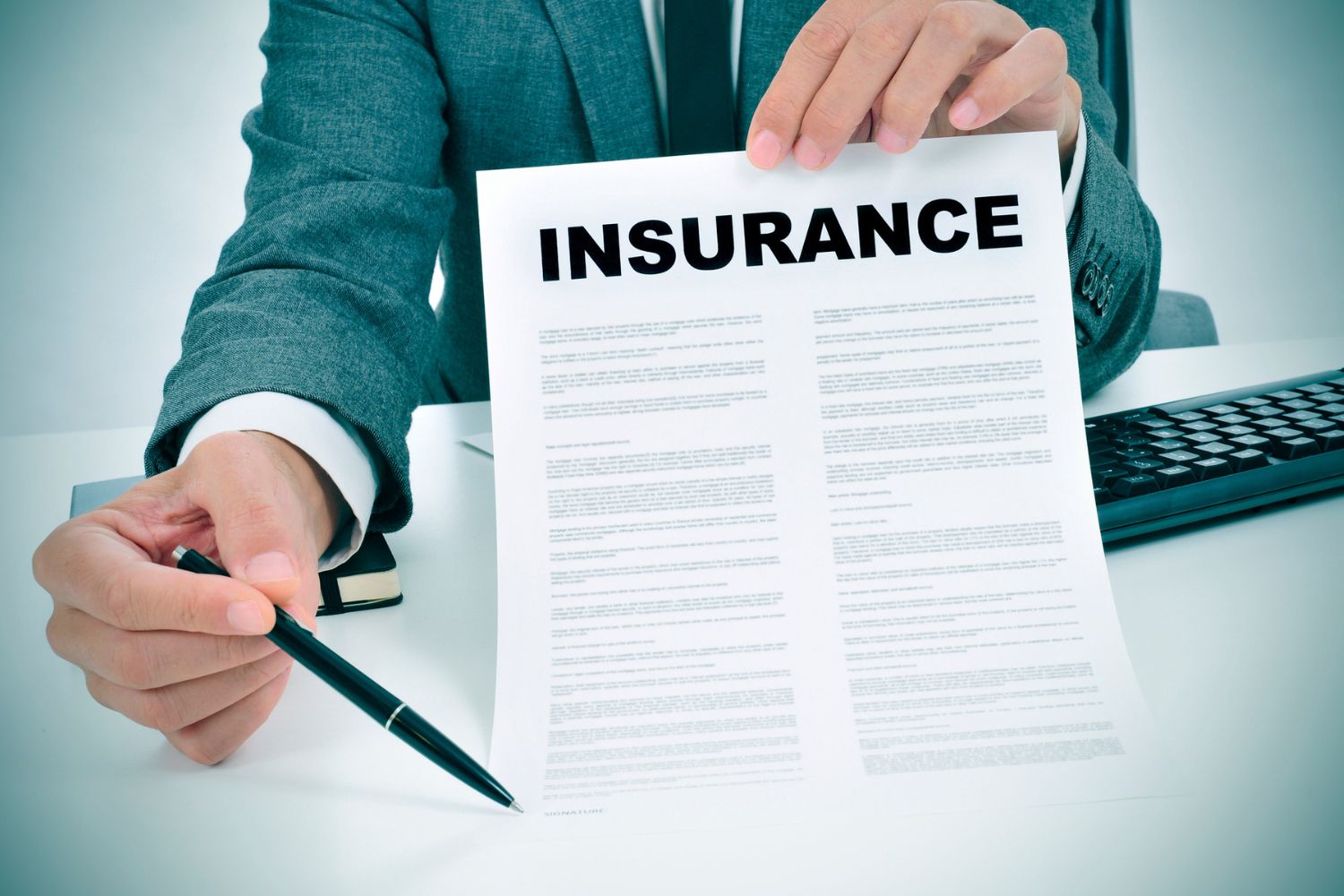 Q: I had a pipe burst in my home after a recent cold snap and the water damaged my floor, walls, and some of my furniture. I have homeowners insurance, but I’m not certain whether it will cover this plumbing damage or if I’ll need to cover repair costs myself. Does homeowners insurance cover plumbing?

Insurers use the term “sudden and accidental” to refer to plumbing issues that are typically covered. That means water damage caused by something that resulted from poor maintenance is typically not covered. For instance, if a pipe is leaking slowly for a long time before it causes damage, it’s probably not covered by insurance.

Since plumbing issues may be covered by insurance only in cases of a sudden or accidental event, homeowners will want to keep up with plumbing maintenance so they aren’t faced with damage from preventable issues. This includes inspecting, cleaning, and replacing hoses used by washing machines, water heaters, dishwashers, and refrigerators. Try to make sure that water supply lines are not crushed or knotted, which could lead to a backup. Water heaters can be drained twice per year to reduce sediment buildup, which can cause the tank to leak. Frozen and burst pipes may be avoided by insulating any pipes that have the potential to become frozen. A smart-home water leak sensor can also alert homeowners to any minor problems before they become bigger issues. Finally, homeowners can choose to stay home while the washing machine is running and shut the water off when they are on vacation to avoid issues there. 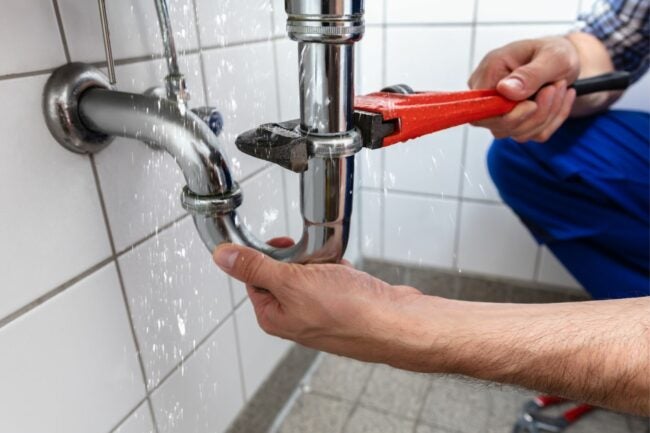 There are different types of coverage that can cover plumbing damage.

Different parts of a homeowners insurance policy may cover damages in the event of sudden and accidental plumbing problems. Dwelling coverage can help pay for damage to the home itself, such as drywall replacement after a burst pipe drenches the walls. Dwelling coverage might also handle floors, ceilings, or any part of the structure itself that is affected by sudden and accidental water damage due to a plumbing issue.

The personal property coverage component can help cover any possessions that are damaged by a covered plumbing issue. For instance, if a computer or piece of furniture is ruined by water damage from a burst pipe, the homeowner would file a claim for personal property coverage. Depending on the policy, personal property coverage might pay only the actual cash value of the damaged items (after depreciation) or it will pay what it costs to replace the item at today’s prices. In general, it’s a good idea to have a replacement cost policy that pays to replace the items so you’re not left having to pay the difference between the actual cash value of the damaged items and the replacement cost.

The policy itself might also cover different types of water damage, so the answer to the question of “Does homeowners insurance cover water damage?” is that it depends on the circumstances. As mentioned, top-down water damage like burst pipes is typically covered under standard policies. However, some policies also offer add-ons to cover sewer and drain backups, but this is a less common type of coverage. Homeowners can talk to their insurance agent to see if sewer and water backups are covered on their policy and whether they can buy additional plumbing insurance that contains more coverage against plumbing-related water issues.

However, homeowners insurance doesn’t cover all types of plumbing damage. 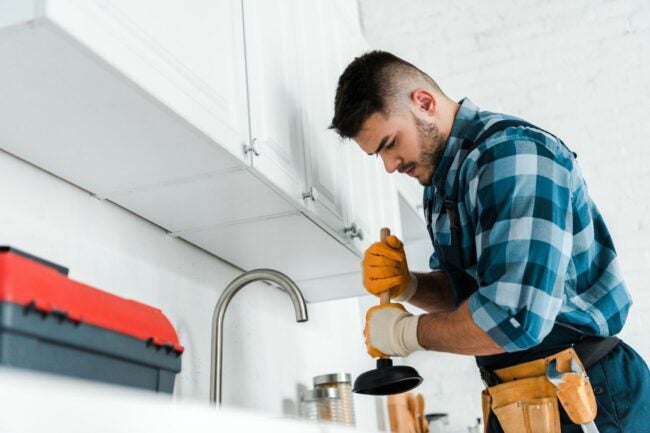 Plumbing damage caused by neglect is not typically covered by homeowners insurance.

An important point to remember is that most homeowners insurance policies do not cover plumbing problems in the case of poor maintenance, which is often referred to as neglect. This distinction is important in the case of damage caused by leaking plumbing. The insurance company has to determine that the water came from a sudden and accidental incident, like a washing machine hose that suddenly broke. However, if you failed to fix a long-term leaking pipe and that leak finally caused damage, the policy would most likely not cover it.

Homeowners insurance also generally won’t cover damage caused by normal wear and tear to the plumbing system or a lack of maintenance.

All plumbing systems degrade with time. Deposits might build up in hoses, pipes, or appliances. Older pipes might rust out. Valves might also need to be replaced. If a plumbing disaster happens and the insurance company finds that the loss was due to a lack of maintenance by the homeowner, it will likely not be covered. Homeowners insurance usually only covers an incident if it happens suddenly and couldn’t be foreseen. If the plumbing structure was clearly and visibly degraded and no effort was made to fix the issue, the homeowner might have a harder time making a case that the damage should be covered. 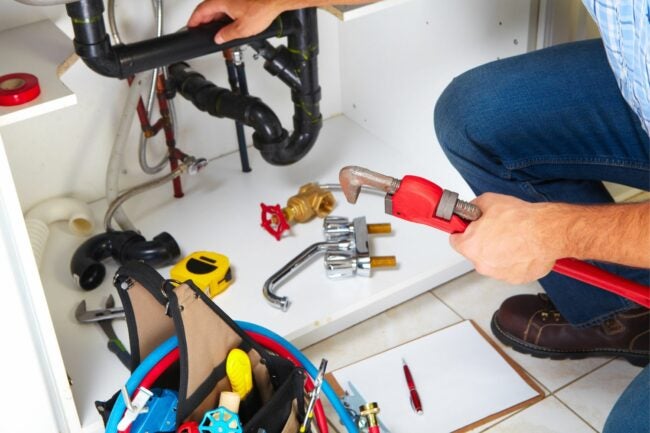 If your home is damaged because your sump pump failed, your homeowners insurance generally won’t help cover repairs.

A common source of water damage can be when a sump pump fails and the crock runs over, causing damage to nearby objects. Remember that plumbing damage will likely only be covered if it results from a sudden and accidental incident, but a failed sump pump creates a bottom-up flooding problem. Homeowners who have sump pumps installed should consider using a backup generator to help keep the sump pump running during a power outage, or even a secondary sump pump to act as a backup.

Flooding caused by a storm or other natural disaster isn’t covered unless you have a flood insurance policy.

Water damage caused by flooding is also not covered by a typical homeowners insurance policy. Instead, homeowners in areas that are prone to flooding will want to consider taking out a separate policy from one of the best flood insurance companies. This type of additional coverage might even be required by the government or the mortgage company if a home is in a high-risk flood zone. 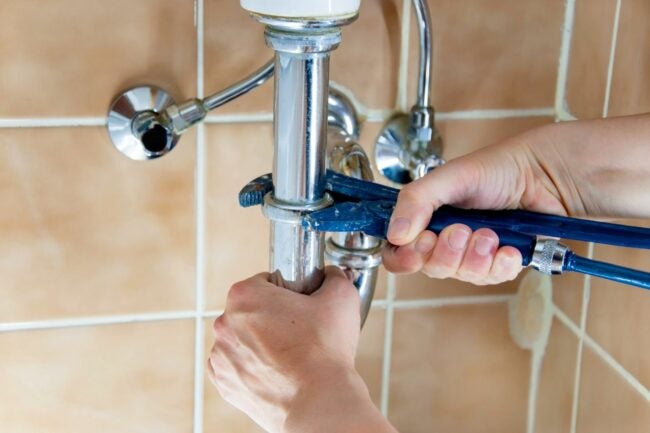 If your plumbing is damaged by tree roots, you’ll likely have to pay for repairs yourself.

Another issue that often goes uncovered by homeowners insurance is any problem caused by tree roots. Tree roots can easily wind their way into water pipes and cause damage as they seek out water, and a corroded pipe can offer easy entry for tree roots. This is often a long-standing issue that takes time to develop, so it wouldn’t be considered sudden and accidental. You’ll likely have to pay for this issue on your own, as there is no tree root home insurance.