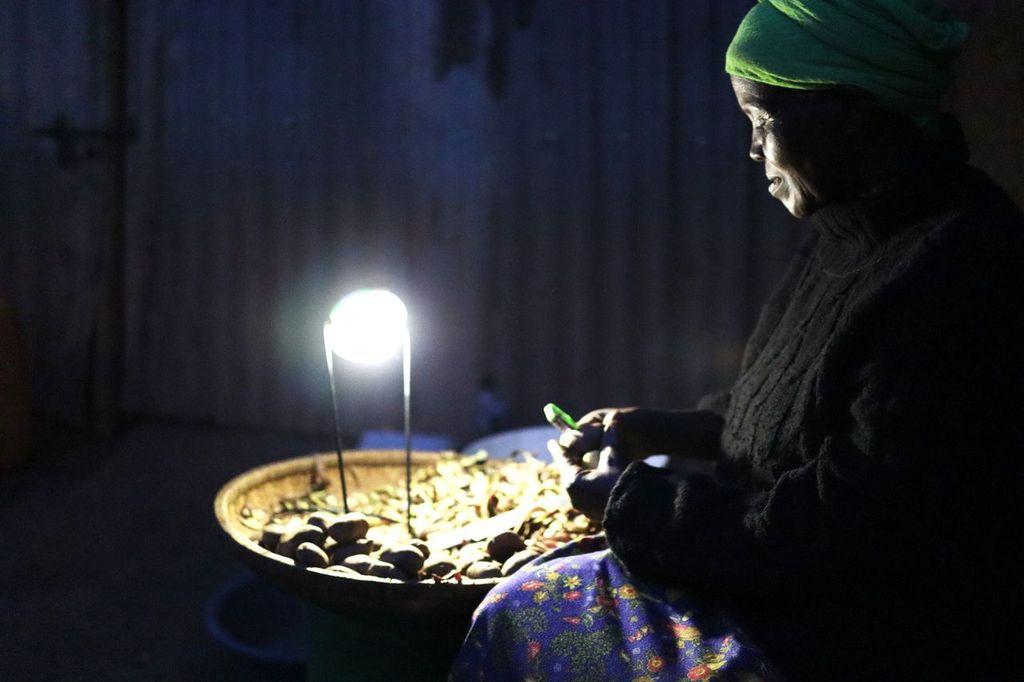 SolarAid has announced that it will supply all households in Ntchisi, a largely off-grid district in central Malawi, is paid for with solar light to meet the dual challenges of access to electricity and clean energy.

While there have been a number of solar lighting projects around the world, Light A Village differs in some interesting ways. It targets an entire village, which should initially lead to a better understanding of uptake, challenges and usage patterns. Second, it is hoped that 100% penetration will be key to covering the cost. If successful, this approach could be key to enabling solar PV adoption across rural Africa by 2030. Another way the program differs is by targeting super-rural villages that are still a critical black point for energy and lighting.

The adoption of decentralized renewable energies is coming under increasing pressure to both mitigate the growing effects of climate change and to address the effects of rural energy poverty. A recent study by Nature Geoscience suggests that increasing climatic temperature increases will make the tropics uninhabitable and potentially displace 40% of the world’s population.

At the local level, there is an urgent need to address the introduction of clean electricity for cooking, after daylight education, health care and overall economic growth. When night falls, children cannot continue their studies, companies often have to close, and clinics sometimes have to stop caring for their patients. Energy poverty is particularly severe in Malawi, where 84% of the population live in rural areas.

The project will provide paid solar home systems as well as an initial phase of access to free lighting. Households can either buy the solar home system or rent the device and only pay for the energy they use. The pilot will run for 12 months and cover 500 households.

The solar lighting systems are distributed by SunnyMoney, SolarAid’s social enterprise arm. John Keane, CEO of SolarAid, said, “If we are to end energy poverty in Africa by the end of the decade, it is important to keep innovating and developing new models that are sustainable. Through a business model, we can try that Reaching the poorest with clean energy while keeping money in the local economy, which is the goal of Light a Village. “

If successful, this project could provide a scalable model for tackling energy poverty around the world. An estimated 550 million households in sub-Saharan Africa alone do not have access to reliable electricity. Instead, many rely on dangerous candles and kerosene lamps or use their limited financial resources for disposable batteries for essential light and electricity.

The Light a Village pilot was welcomed by a gift from Dr. Ewan Kirk and Dr. Patricia Turner made possible through her Turner Kirk Trust. The Trust, a long-time supporter of the charity, funded a similar pilot in 2013. The trust’s support is truly unique in that they understand the pilot may fail, but they were willing to assist SolarAid with its experiments.

Dr. Ewan Kirk, co-chair of the Turner Kirk Trust, said, “If we are to solve tough global problems like energy poverty, it is important that organizations like SolarAid get permission to fail. This is what Light a In Village is all about to entrepreneurial experimentation, to find a way of working that has the potential to ultimately reach more people. Charities need financial support to test, experiment, learn and adapt. It would be an even bigger failure if we didn’t would try to do it at all. “

Central heating and plumbing, winner of the 3rd meeting of Clark House | Sports

Why You Need Outdoor Solar Lights For Your Yard