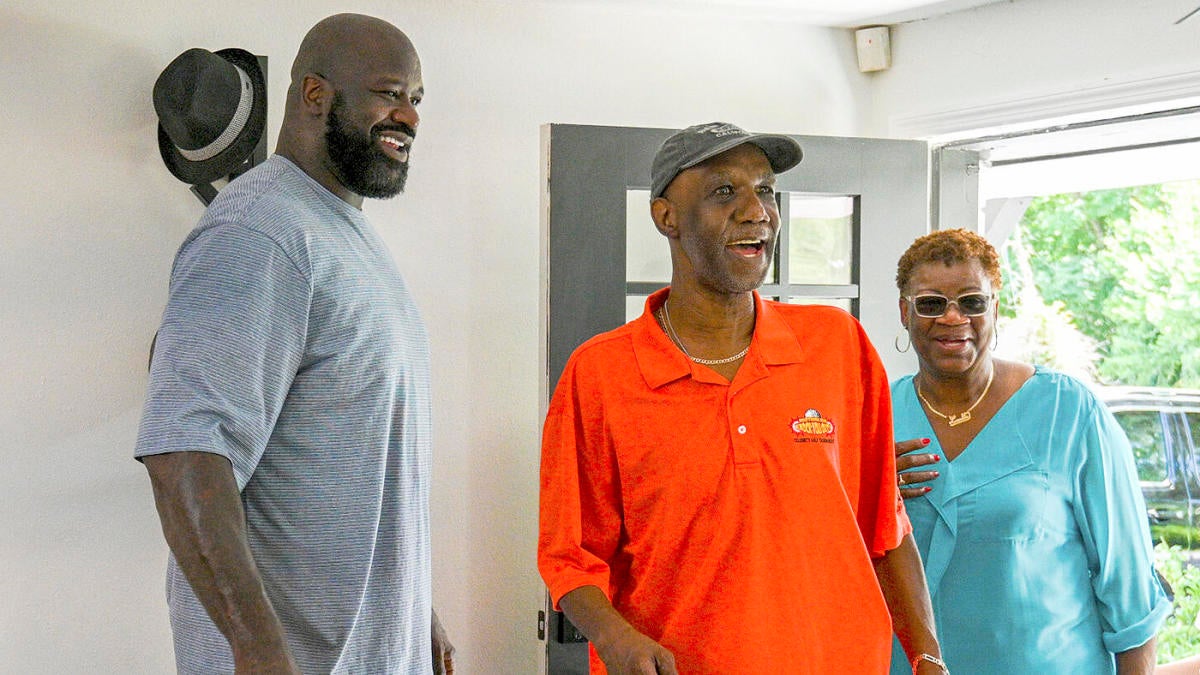 Basketball Hall of Famer Shaquille O’Neal is no stranger to giving back. It’s not uncommon to hear of the four-time NBA champion paying for a stranger’s groceries, picking up the tab for an entire restaurant, or even paying for someone’s engagement ring while out shopping. Shaq’s kindness reaches far and wide, and in his latest example of generosity the big man is helping lead a renovation project for a family member who played a key role early on in his NBA career.

O’Neal recently appeared on an episode of CBS’ “Secret Celebrity Renovation” where he took part in a home makeover for his Uncle Roy. The episode, which will air Sept. 9 at 8 pm ET, shows O’Neal returning to Orlando, Florida where his NBA career began. (To check out a clip of the upcoming episode, click here).

When asked why his Uncle Roy was the ideal choice for the home renovation, Shaq said it was his uncle’s selflessness that made him a prime candidate for this opportunity.

But getting Uncle Roy to agree to the home renovation was no small task, according to Shaq.

“When I asked him at first, he said no,” O’Neal said. “I had to get my mom, the oldest sibling. She talked to him and made him do it.”

The episode will follow Shaq and the renovation crew along as they upgrade his uncle’s home, with O’Neal also paying a special visit to the local Boys and Girls Club where even more surprises await.

Though Shaq’s NBA career is most commonly associated with the Los Angeles Lakers where he teamed up with Kobe Bryant to win three championships, in Orlando is where he laid the groundwork for his Hall of Fame career. Through four seasons with the Magic, Shaq was named Rookie of the Year, earned four All-Star selections and three All-NBA honors. When O’Neal was drafted by the Orlando Magic with the No. 1 overall pick in the 1992 NBA Draft, it was his Uncle Roy who housed him until he got settled. So it’s no surprise Shaq chose his uncle for this special project after playing such a key role early in O’Neal’s career.