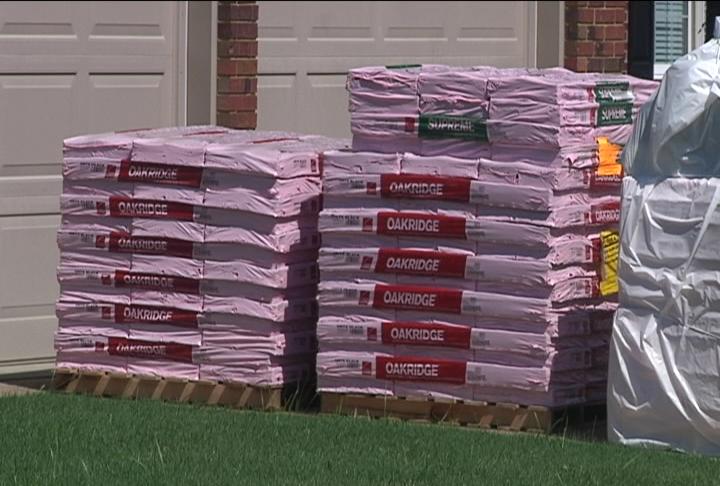 Roofing companies across Owensboro, seeing a spike in business.

Across Owensboro, you can see signs of construction on the ground and in the air.

“I have four going on in this neighborhood today,” says Adam Patterson of Ohio Valley Roofing. He says his company’s gone from fixing up to four roofs a week last summer to nearly 20 a week.

“I had to end up hiring 15 people just to start helping. We had to add to our crews. We now have about 50 people working 6 days a week,” says Patterson.

“It’s really been an adaptation trying to acccommodate for the new workload,” adds Mattingly. “There’s a lot more moving pieces this year and it’s at least four times as much as we did last year.”

Roofing contractors say they’ve fixed hundreds of homes across Owensboro this summer, repairing at least three to five times more roofs than this time last summer. The increased work stems from hail and wind damage caused by storms in May and July. Yet with all this increased business, and increased competition, roofers say there are some things home owners should look out for when choosing someone to work on their roof. The Better Business Bureau recommends homeowners getting at least three bids, beware of any one using high pressure sales pitches, and make sure the full scope of the work is in writing. Patterson says homeowners should make sure contractors are insured.