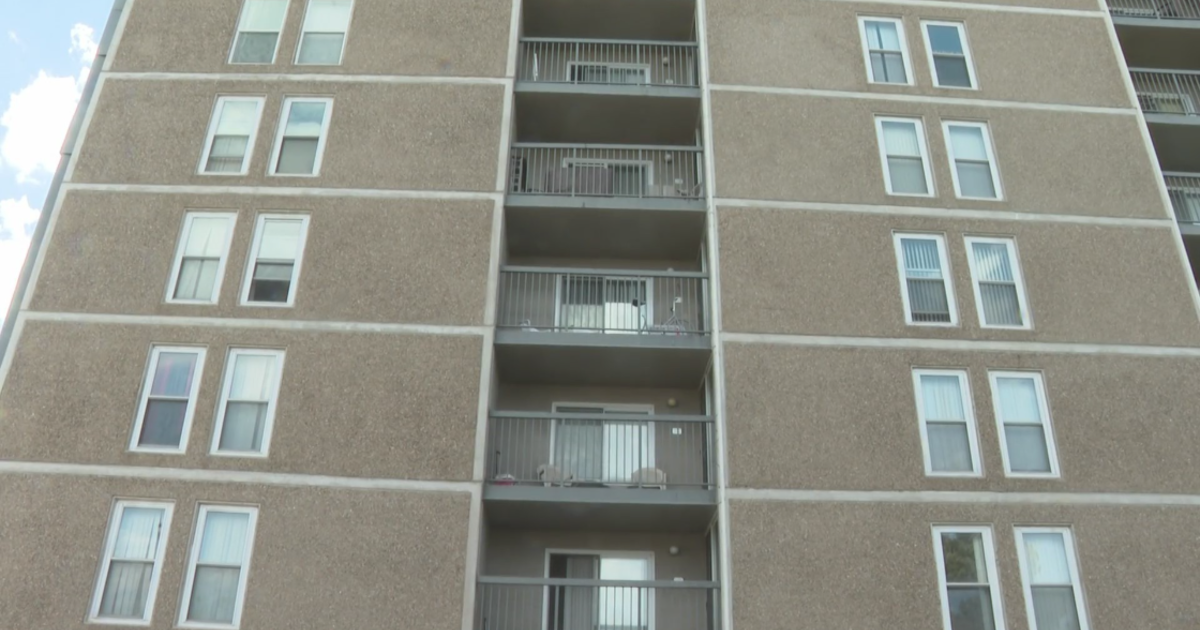 As temperatures rose to nearly 100 degrees in Lakewood on Saturday, Ridgemoor Apartment residents were feeling every bit of the heat.

“It’s really muggy. It’s hotter inside the building than it is outside,” said a woman who has lived at the apartments for two years. She chose not to identify herself because she fears retaliation.

She and several other residents told CBS News Colorado they have been left without relief since about Thursday, after they said the building’s air conditioning system stopped working. The Ridgemoor Apartment complex has at least 250 units. It’s listed as affordable housing by Jefferson County.

“You got disabled people, I can go outside, but there are people in this building that I know can’t go outside, that are stuck in their apartment, you know, and I know that if it’s hot down here, heat rises, ” said a man who has lived at the complex for three years. “We just paid our rent, so why do we got to go through this? I could have taken my money and went to a hotel.”

Karen Brockelbank’s brother lives on the fifth floor. He’s battling prostate stage 4 bone cancer, currently he can’t walk, so he can’t leave his apartment that has no air conditioning.

“I wouldn’t suggest this to anybody,” Brockelbank said. “I wouldn’t want anybody … and my family lives here, and my brother is dying of cancer and this is what he gets to live in.”

The residents told CBS Colorado they tried contacting management about the issue, and the management team said they would have it fixed by Friday, but as of Saturday by 5 p.m. it was still not fixed. By 7 pm residents gave CBS News Colorado an update saying the air conditioning was finally working again, but they are worried it will happen again because they say it’s a weekly occurrence. And as the city prepares for a hot July, these residents want a solution soon that will keep them cool throughout the summer.

“If there was somebody higher that we can take it to, then they need to be taken to, because this is not OK for anybody,” Brockelbank said.

CBS News Colorado contacted the Ridgemoor Apartments leasing office and Fairfield Residential (the corporate company that owns the building) about the issue, but they did not return our requests.

Air Conditioning Compressor Market Estimated to Grow from US$ 25.9 Bn in 2022 to US$…