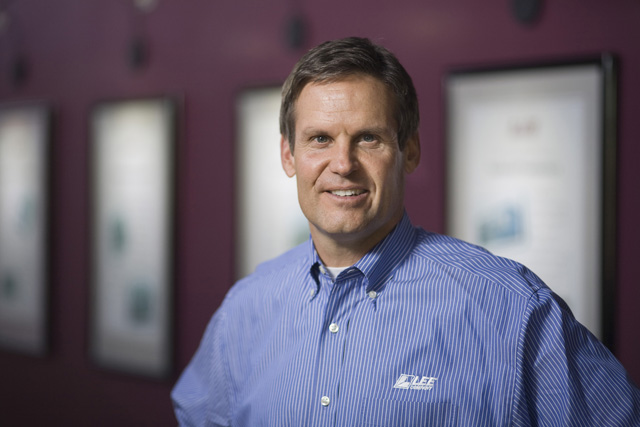 The Franklin businessman has reportedly toured the state and met with Republican leaders. While formal announcement may be weeks away, Lee says he wants to be in the race “sooner rather than later”.

Lee is the chairman of the Lee Co. founded by his grandfather. The company’s services include plumbing, electrical and HVAC systems for residential, commercial and government customers. Lee said he wants voters to know that he is “a normal guy.”

“I have a plumber’s license, I raise cattle and show livestock, I clean barns, I clean stables,” he said. “I’m a normal person who happens to own and run a large company and have CEO experience.”

“This is all about leadership and leadership around meaningful, focused work, and I started having public service conversations,” Lee told the newspaper. “Ultimately, I just said what it would be like to wake up in the morning instead of thinking about how to improve the lives of 1,100 Lee Company employees, how can I improve the lives of 6.5 million people?”

Lee described himself as a “very socially conservative guy who is good at business”. He said his top priorities are jobs, education and public safety, but acknowledged that his inexperience in politics could represent a steep learning curve.

On specific political issues, Lee said he doesn’t try to dodge on issues, “but I just say, ‘Gosh, I don’t know if I would do this or that.'”

Several Republican candidates are expected to join the field to succeed temporary Governor Bill Haslam next year, though businessman Randy Boyd and State Senator Mark Green are the only ones to make it official so far. And Green’s candidacy could be short-lived should he join President Donald Trump’s administration.

“I just think Tennessee could be better,” said Lee. “Until everyone reaps the benefits of who we are as a state and feels that we are in a good position, we have to keep going.”

Brown Friday: How plumbers suggest homeowners should prepare for the holiday season