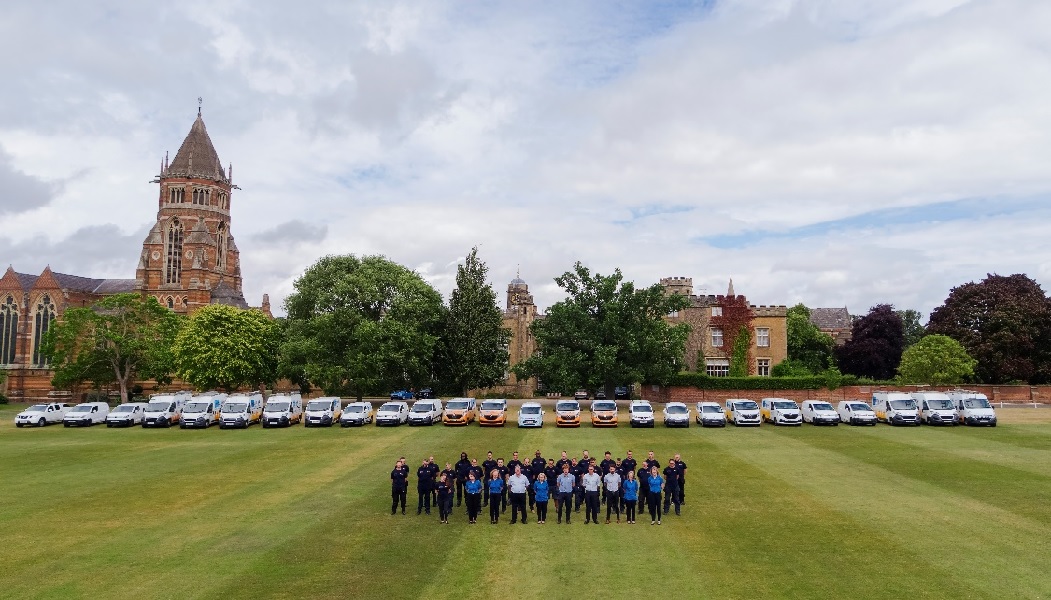 Custom Heat, a plumbing and heating specialist that provides services across the Midlands, has increased its turnover by 56% during its last financial year.

Established in 1980 in Rugby, where its head office remains, Custom Heat has expanded significantly over the last five years, but 2021/2022 is being celebrated as its most successful business year.

In the last 12 months, Custom Heat has expanded its service area to include central and north Birmingham, south Staffordshire, and has also branched out south into the Cotswolds.

It has also strengthened its three-year-old partnership with Worcester Bosch as one of the boiler manufacturer’s UK Accredited Service Partners – a move that follows a similar affiliation with British Gas made earlier this year.

Lincoln Smith, managing director of Custom Heat, said: “56% growth during 12 months is a wonderful achievement for us. We have worked hard to grow at a steady and sustainable pace, moving into new counties and areas as well as concentrating on building great business relationships with the likes of Worcester Bosch and British Gas. I have to say a huge thank you to our team members who truly look after our customers, and also to our customers who recommend Custom Heat’s services to others.”

In 2017 the firm employed 40 people while today the Custom Heat workforce stands at 140, with 10% apprentices.

Thirty new people have been welcomed to the team since January and the company forecasts that 50 more engineer roles and 10 office jobs will be created before 2023.

Smith, who took over the family business 12 years ago, puts Custom Heat’s achievements down to his focus on customer needs, helping his team members to do their jobs better and using the latest, integrated technologies.

He said: “I have always been interested in what the cloud can do as well as how technology can create efficiencies that manual processes never could, so when it was time for the business to push forward with its long-term growth plans in 2016, we strategically centered on such solutions. I hate the idea of ​​a customer or staff member not being happy so I asked myself, how can tech help with that?”

In 2016, as Custom Heat migrated to integrated financials and operations cloud software they were servicing approximately 400 customers in Warwickshire a month with 27 vehicles. Today, as the firm services a wide geographical area across the Midlands and occasionally beyond – for customers such as Windsor Castle – the figure is circa 7,000 and 92 Custom Heat vans can be found on the roads traveling to and from homes and businesses.