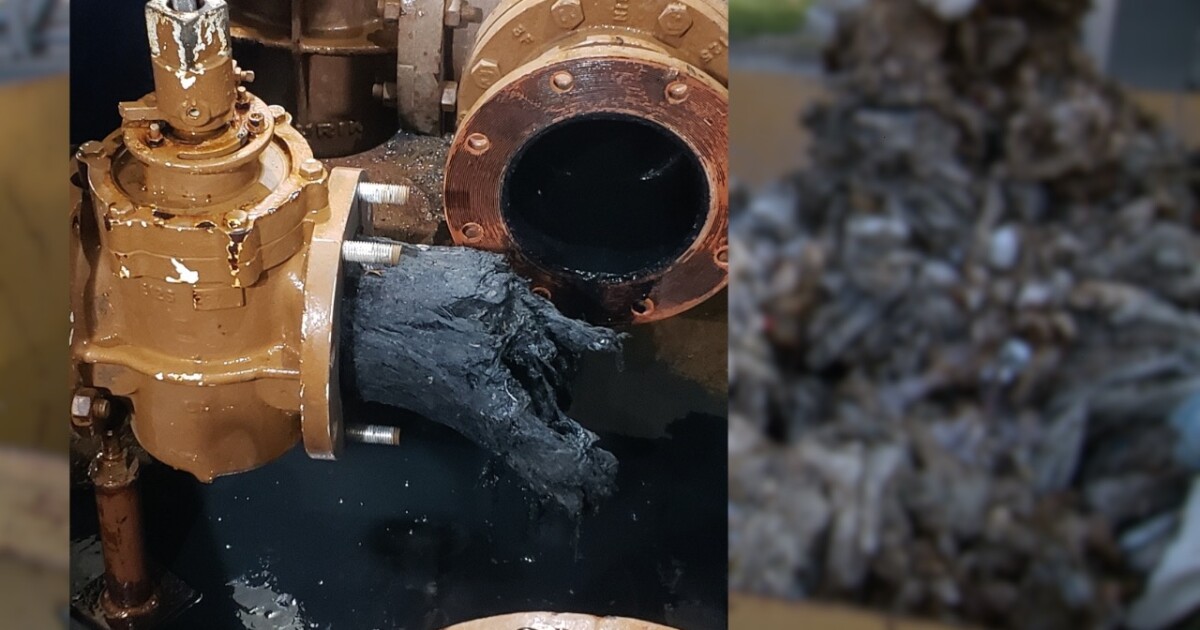 PAINESVILLE, Ohio — A product meant to keep you clean is creating a dirty problem for sewer lines and wastewater treatment plants. So-called ‘flushable’ wipes are wreaking havoc for plumbers and city workers in Northeast Ohio.

“They’re flushable, but they might only go 5 feet down the line,” said Joshua Duncan, the third generation owner of Duncan Plumbing, LLC in Mentor.

Duncan explained the wipes often catch on buildup or cracks in older pipes or get stuck in root systems growing through sewer lines under yards. In some cases, the resulting clog requires the plumber to excavate the pipe or use a high-pressure cleaning system.

“It’s basically a cloth and it doesn’t decompose like toilet paper does,” Duncan explained.

Many of the wipes say ‘flushable’ on the packaging. Some are even labeled ‘plumber approved,’ but Duncan cautions never to flush them down the toilet or sink.

“They didn’t ask us, that’s for sure, because it’s not approved by Duncan Plumbing,” he said. “It’s not affecting only just the lines of their house, but it’s also affecting the city lines, which can be an issue.”

This week, Painesville asked its residents on social media to stop flushing wipes after a large mass of them clogged one of the city’s pumps.

“At some point in the process, after they’ve been flushed, we have to deal with them, take them out of our process. And at some point, they end up in the landfill,” explained Kevin Aiken, the Superintendent at the Painesville Water Pollution Control plant.

He told News 5 the plant pulls roughly 1.5 tons of wipes from its system every month. Recently, it had to bring in a crane to remove a large clump of wipes that was slowing down a digester. It’s an additional cost and time consuming step Aiken said is now part of the process.

“The biggest problem is flushable wipes don’t dissolve,” he said. “You can flush a lot of stuff but it’s probably not ideal. The wipes are better to just be thrown away.”

It’s the same advice from plumbers like Duncan, who said disposing of the wipes in the garbage will likely save taxpayers and homeowners money and headaches.

“Throw them into the wastebasket,” he said. “Definitely don’t throw them down the toilet.”

Problems with ‘flushable’ wipes have been happening around the country. In April, wipe manufacturer Kimberly-Clark Corp. agreed to pay $20 million to settle a lawsuit filed in New York federal court. The filing called for better labeling and compensation for the issues caused when consumers flushed the wipes.

In 2021, California became the fourth state, after Washington, Oregon and Illinois, to pass a law requiring companies to add a ‘do not flush’ disclaimer to packaging for wipes.

Download the News 5 Cleveland app now for more stories from us, plus alerts on major news, the latest weather forecast, traffic information and much more. Download now on your Apple device here, and your Android device here.