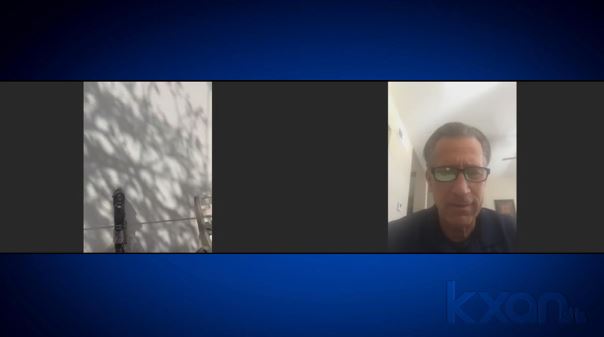 AUSTIN (KXAN) — The phone has been ringing off the hook for plumbers at Radiant Plumbing & Air Conditioning. The company’s CEO Brad Casebier said they’ve missed more than 2,000 calls since Sunday.

“Because of the power outages and problems with the cell phones our own team is having our own crises,” he said.

To top things off, dangerous roads mean crews struggled to get out and help people. This has kept technicians at home and turning to virtual calls. Longtime master plumber Preston Nichols has conducted dozens of FaceTime and Zoom calls over the last 48 hours.

They’re doing their best to walk homeowners through the steps they need to take to secure their pipes or help them address a broken or burst pipe. Nichols said if a pipe is leaking, homeowners should turn off their main water valve. However, he said that can vary on a case-by-case basis because sometimes keeping your main water valve open can help a pipe from freezing.

Casebier said they’ve fielded hundreds and hundreds of calls. Just on Sunday, they experienced a 500% spike. He said the calls are all emergency calls ranging from homes flooding to pipes leaking.

Tips to keep pipes from bursting

Casebier said as soon as the roads clear, crews will head out to make house calls in-person.

“We’re just going to do our best to try to put the city back together in as elegant a way that we can, getting to those dire situations first,” Casebier said.

If you call Radiant Plumbing & Air Conditioning you will get an automated message directly from customers to set up a virtual call. Casebier said they created this in an effort to keep up with the demand.