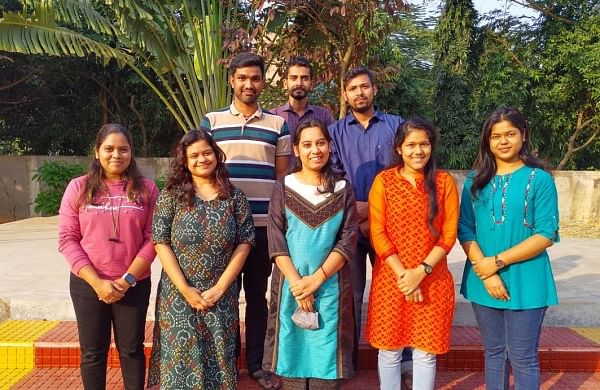 BHUBANESWAR: Use of insecticides and pesticides will soon become a thing of past. As repeated application of such harmful substances causes undesirable and serious consequences to the ecosystem affecting human health, an Odia scientist has come up with a novel polymer that can control pests.

Scientist of Institute of Life Sciences (ILS) Dr Mamoni Dash has developed the polymer, which can be used instead of pesticides. The polymer has been developed to target the specific genes of different types of crops that come under the pest attack. It will help overcome the ongoing conventional control strategy of insecticides and pesticides usage.

This new invention in the field of agriculture has made her one of the 75 achievers under 50 in the field of Science and Technology in India. The Union Science and Technology Ministry has recently selected the scientists on the significance of their research and potential to shape today’s India and its future in commemoration of the country’s 75 years of independence.

Insecticides and pesticides are used in different ways on various crops based on the physical-chemical characteristics of the each chemical substance. But those have very harmful toxic effects on humans and animals and hazardous to both the manpower involved and the environment.

‘Rats the size of cats’ and plagues of roaches: How a…

‘Rats the size of cats’ and plagues of roaches: How a…

“With the use of micro and nanotechnology we have developed the new polymer that will deliver a specific nucleic acid to act against the pests. It will be sprayed on the crops and unlike the pesticides that kill butterflies and other such beneficial insects, the polymer will not cause any harm to them and human body. Commercial production will start once its patent is secured,” said Dash.

A native of Baripada, Dash has done her post graduate from NIT, Rourkela and PhD from University of Pisa, Italy. After her post-doctoral degree from Belgium, she had joined ILS as a Ramalingaswami Fellow in 2018 and as a faculty in 2021.

Her research focuses on developing biodegradable polymers that could finally be used as carriers of drugs, or templates for tissue regeneration. She has also developed biomimetic nanosystems to deliver a relevant drug to the tumor site to stop tumor growth in a targeted manner while not affecting or harming the normal cells.

A team of researchers led by Dash now works on developing bio-materials for the bone micro-environment. “We have prepared a new type of polymer for bone related applications. The bio-resorbable bone grafts from biomimetic sources such as proteins can enhance regeneration of bone and those are bio-compatible and biodegradable,” said the polymer chemist.

Her research group is also working towards rational designs of developing thermoset polymer materials and understanding their structure-property relationship with the environment. The traditional thermoset manufacturing processes make their recycling and reuse complicated.

Bunce Diary: A story about a great fighter, a woeful heavyweight fight and a pest…