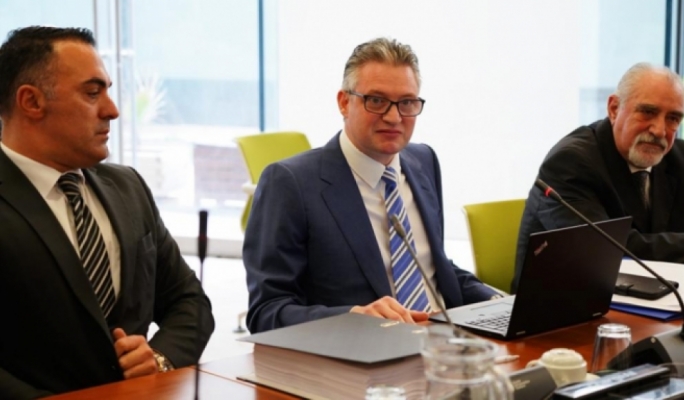 “I have no knowledge of this kitchen cabinet, and I can tell you I was not part of anything of the sorts,” Mizzi testified during the Public Accounts Committee.

In 2020, former finance minister Edward Scicluna had spoken of a “kitchen cabinet” of advisors to Muscat, who made decisions and gave the go-ahead on certain controversial projects during his testimony in the public inquiry on Daphne Caruana Galizia.

During a later PAC testimony, Scicluna had played down his comments, such ‘kitchen cabinets’ exist in every government.

Konrad Mizzi was being questioned by PAC chair Darren Carabott on the bank guarantee the government gave to help Electrogas secure financing until the European Commission cleared the security of supply agreement.

On the increase of the guarantee from €110 million to €450 million, Mizzi said it was approved by the whole cabinet of ministers, saying it was needed for the project to go through.

PAC chair and PN MP Darren Carabott said reports by the auditor general show the decision to go ahead with the power station project was taken on 10 October 2013 and was announced on 12 October 2013.

Asked when and how he was informed Electrogas had won the bid for the project, Mizzi said he did not remember, insisting the Labor administration at the time had the electoral mandate to lower energy bills, and the power station process had to be quick.

Questioned by the police

The former minister dodged questioning on whether he was interrogated by the police about his ties to the Electrogas consortium.

Asked by Carabott and PN MP David Agius if he had ever been questioned by the police, Mizzi did not answer.

Pressed further, he said “he had nothing further to add”.

The former minister was asked if he had ever spoken to alleged Daphne Caruana Galizia murder mastermind Yorgen Fenech on matters related to Electrogas.

“Did you speak every word to Fenech on liquidated damages and excise tax?” Opposition PAC members asked Mizzi.

“I don’t recall,” answered Mizzi. “Whenever an Electrogas director came to me, I always referred them to the negotiating team.”

When asked if Mizzi was messaging Fenech telling him to “delete his Whatsapp” messages on Electrogas, Mizzi replied by saying the question had nothing to do with the power station deal, and refused to answer.

He said he did not remember if Fenech had spoken about the liquidated damages on the project and that he only knew that Fenech was the CEO of Tumas Group at the time.

Mizzi also said he was not aware that Fenech was one of the owners of Electrogas shareholders New Energy Supply Limited.

“When Yorgen spoke to me on technical matters, I would refer him to the negotiating team,” he said.

Mizzi’s lawyer Carol Peralta, and government PAC members found issued with Carabott’s line of questioning, saying it was not in line with the committee’s objectives.

Decision to go for an offshore system

Mizzi was also asked why the government had insisted on an offshore system, when it was established by the auditor general there were questionable assessments on the decision.

“Studies showed the off shore solution was the best one,” Mizzi said. When asked why the auditor general had not received the studies when carrying out his investigation, the former minister said he did not know.

Mizzi was asked by Agius how he felt on the lack of an unanimous decision by the Enemalta board on Electrogas. “Did it bother you?”

He replied by saying the decision on the contract was not his, and said he was not sure if he knew if Lara Boffa was on the board. Boffa had voted against.

Agius said there was an 11 October 2013 meeting at Castille before the decision was taken, where the chosen company had declared, a day before the Enemalta board had made its decision, who had won the project contract.

Mizzi passed the buck to the Program Review Board, saying the PAC had to question them on that declaration. “The presentation was made in front of you!” Agius remarked.

Asked on the connection between the power station project, and the Montenegro project, Mizzi said there was none.