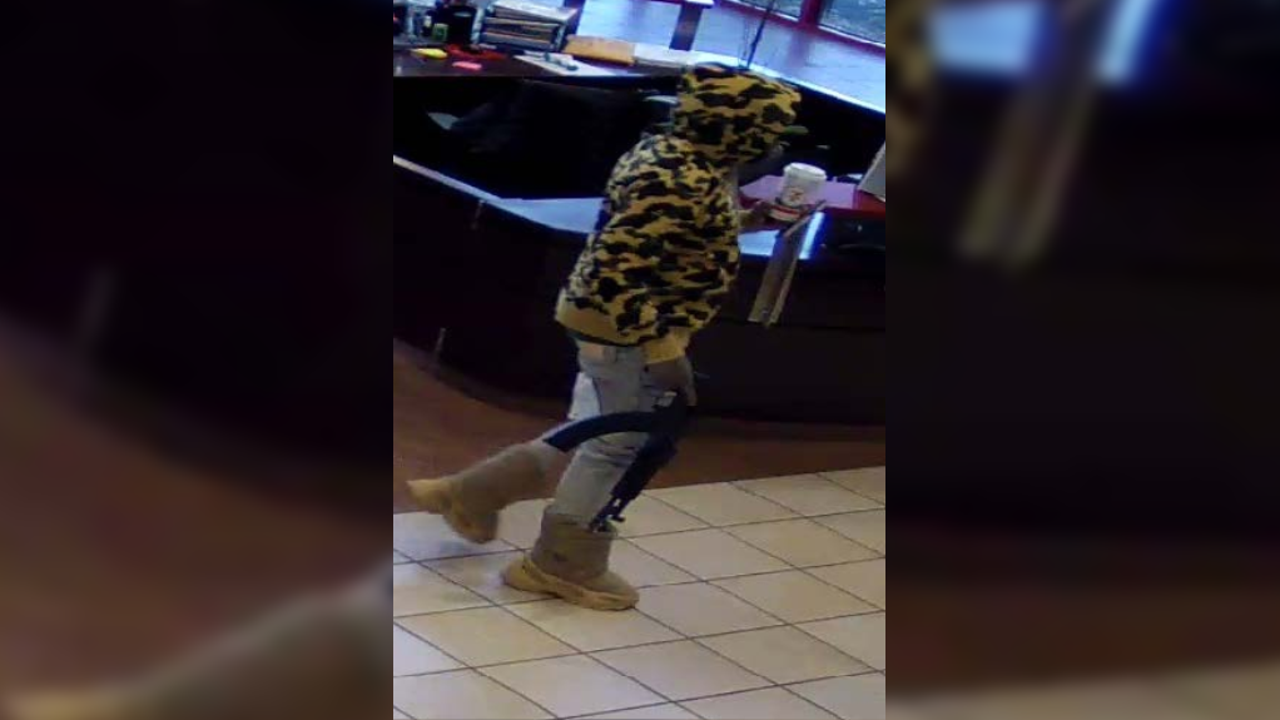 The man was waiting for the sensor to open the garage doors at the service center, but due to a malfunction, the doors did not open. According to APD, the driver rammed the garage doors several times before parking his vehicle.

Upon exiting the vehicle, the man revealed an AK-47 pistol, also known as the “Draco.” Customers and staff fled to hide, assuming an active gunman was present. APD says the man walked around the store as if he were looking for someone. He proceeded to drive away in his Dodge Charger and no one at the scene was injured.

An investigation by the Austin Police Department’s Aggravated Assault Unit identified the driver as Kenneth Ray Paynes. Paynes remains at large and is wanted on three warrants, including terrorist threat, motor vehicle dodge and criminal mischief.

APD executed a search warrant on Paynes’ Travis County home on January 12, 2022. The AK-47 pistol was recovered from the Dodge Charger along with three semi-automatic pistols and two AR-15 rifles.

The Austin Police Department would like to acknowledge the support of the following organizations in assisting in the fight against gun crime in the city of Austin and specifically with this investigation:

Anyone with information about this incident, e.g. E.g. fleeing customers or other violent crimes, is encouraged to call the APD Aggravated Assault Unit at (512) 974-4463, Crime Stoppers at 512-472-TIPS, or use the new Crime Stoppers app. You can also submit tips by downloading APD’s mobile app, Austin PD, for free on iPhone and Android. Crime Stoppers is offering a reward of up to $1,000 for information leading to an arrest.