Louis Vuitton The window designs of the rainbow project 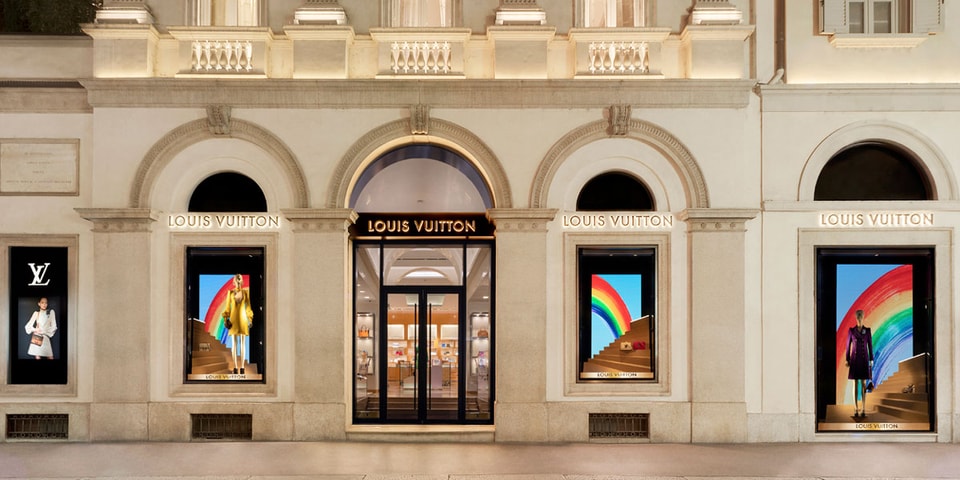 After the artist Luckylefthand was commissioned to decorate the facade of his headquarters in Paris, Louis Vuitton invites its employees and their children to decorate the windows of the house in a new initiative called “The Rainbow Project”. Working with the company’s longstanding tradition of creating welcoming and ornate windows for the public to enjoy, attendees are asked to draw their own version of a rainbow – a symbol of hope and the start of a new adventure – to greet the first few months of early summer.

For each city, local rainbow drawings illuminate the store’s facades in the form of stickers or digitally animated screens. The Champs-Elysees shop in Paris has a selection of rainbows created by French children at the front of the shop with six windows. In Madrid, the rainbow drawing of a Spanish child spans the window and floats in clouds of Louis Vuitton monograms. Other cities that have exhibited their rainbow windows are Milan, Rome, and Frankfurt.

Look out for the rest of The Rainbow Project, which will be unveiled in select Louis Vuitton stores around the world in May.

In other news, four of the UK’s leading contemporary artists have designed a range of limited edition printed face masks.