I renovated my home and EVERYONE hated the front door, but the new one has blown people’s minds 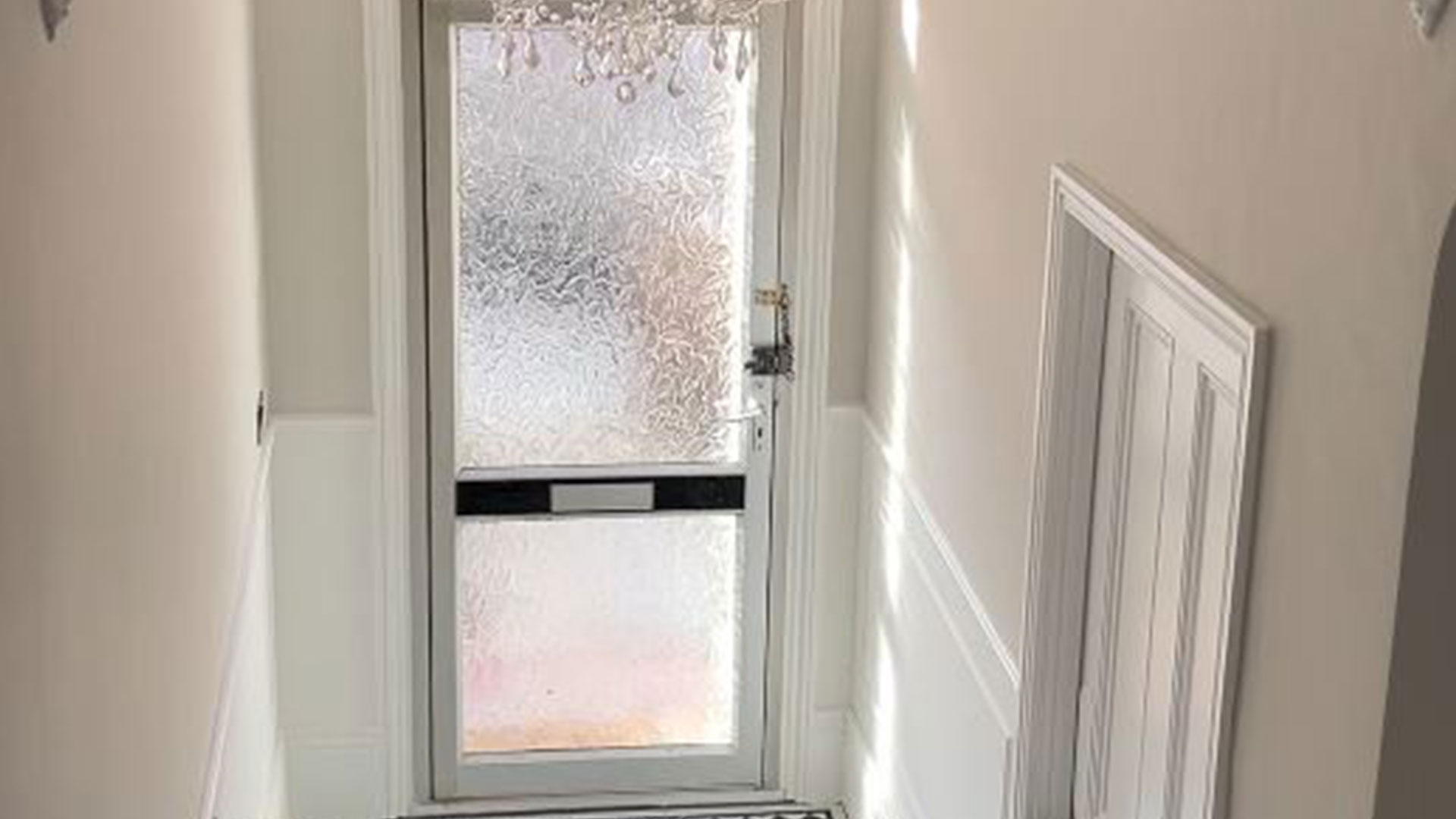 A WOMAN has revealed that she decided to change her front door after her social media followers slated it – but they’ve been left speechless by the new design she’s chosen.

TikTok user @oreathome has been sharing her home renovation updates since buying a family home that needed a complete refurbishment.

However, once she had shown off the impressive results of her months of hard work – complete with an effortlessly stylish new hallway – social media users were left distracted by the fact that she and her family kept the old front door.

The old-fashioned glass frame caught the attention of many of her followers, who all flocked to ask her when she would be replacing it.

One asked: “Nice and fresh but are you going to be changing this front door?”

Another stated “It’s beautiful, it’s a shame the front door lets it down. The right door, it will be stunning.”

Fast forward to a few months later and @oreathome unveiled the latest transformation – poking fun at those who took a swipe at the original.

In a brand new TikTok video which zoomed in on the original glass door, she said: “POV: When the whole of TikTok hates your front door.”

The clip then cut to various social media comments, all unanimous that it brought down the aesthetic of the space and branding it “awful”, “cheap” and even saying it made them feel sick.

She then showed the brand new door – a pale pink frame with vintage stained glass paneling and gold handle.

@oreathome was immediately met with a huge reaction as everyone said they couldn’t get enough of the new and improved look.

Someone else said: “OMG finally and the color of the door and the windows, everything is now stunning.”

While another added: “It’s a beautiful, traditional front door… LOVE IT.”

Previously showing how she had overhauled the building to create her new home, @oreathome posted a video of the before and after.

In it, she explained: “8 months ago we bought a new family home. It was a probate sale and the previous owner hadn’t updated the house in decades.

“It needed a COMPLETE refurb. Oh, and I also had a baby 4 weeks earlier so we had our hands full.

“We gutted everything and started from scratch, knocked down a couple of walls, and here’s what we’ve got so far. What a difference eight months can make.” 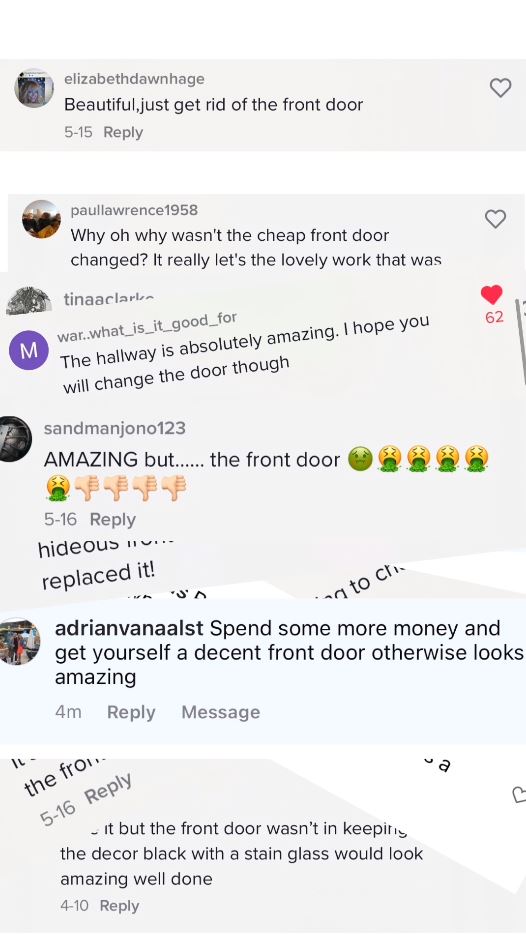 TikTok users commented in their hundreds slating the doorCredit: TikTok/@oreathome 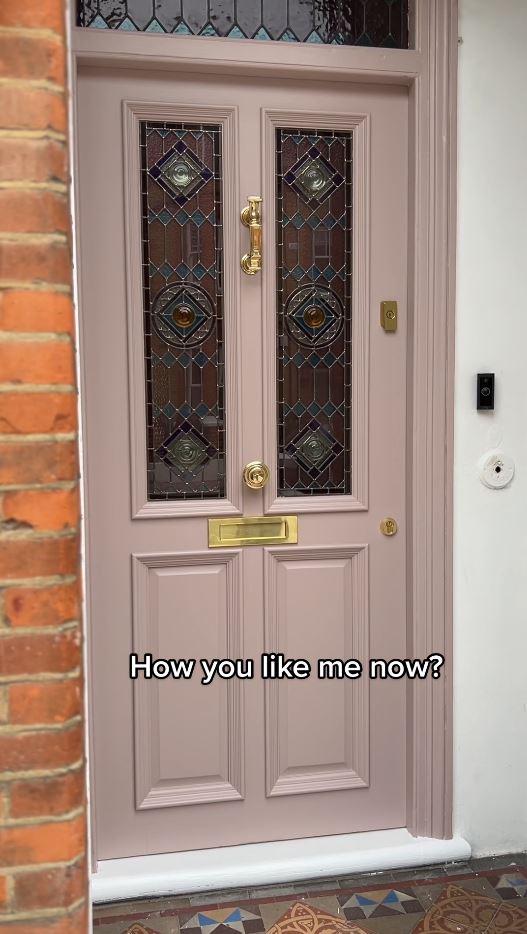 The new door has been described as ‘stunning’ and having the ‘wow factor’Credit: TikTok/@oreathome