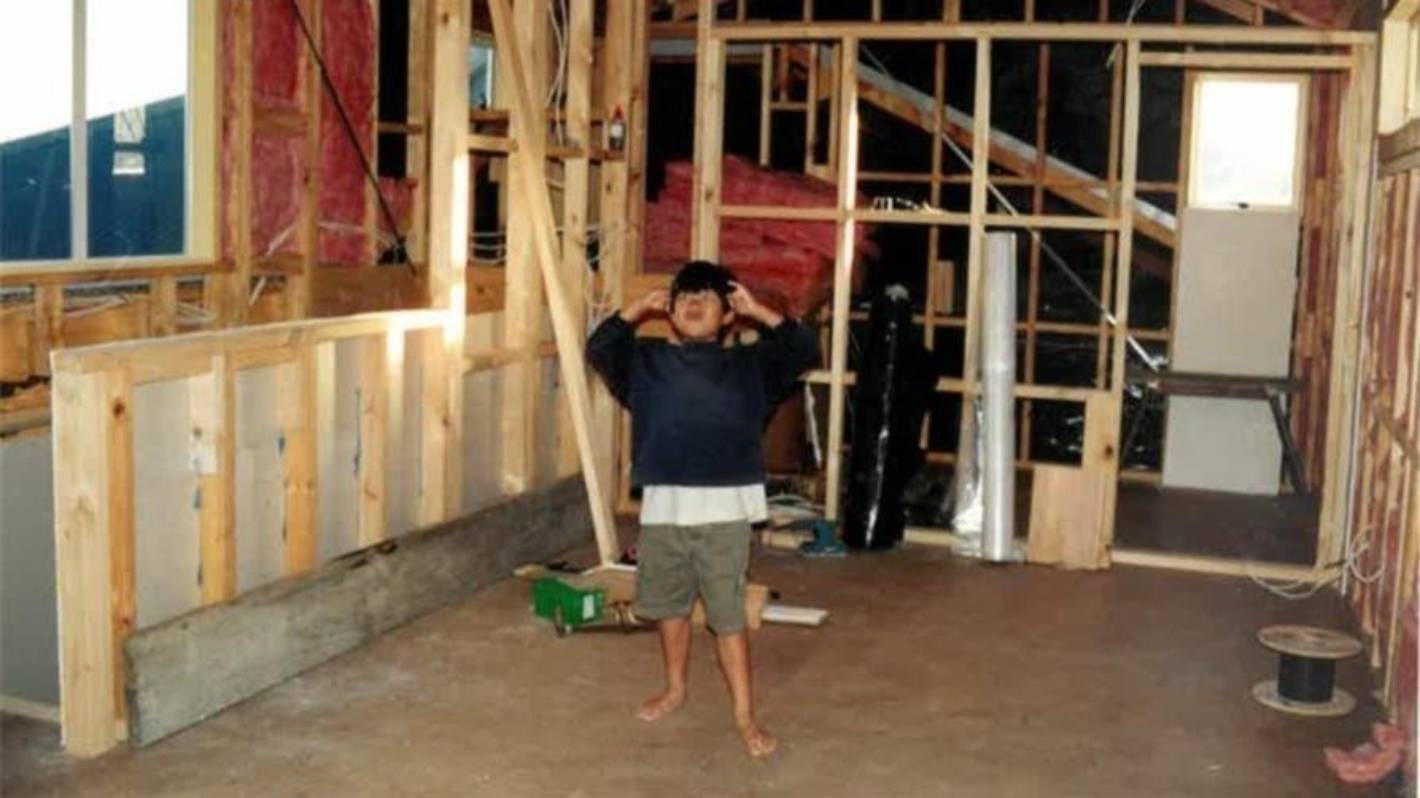 Jordan Tay, the king of the castle at the age of 6, in his parents’ bedroom

Jordan Tay was just 6 years old when his parents renovated their home in Western Springs.

“My parents demolished more than half of our house and then rebuilt it,” said the fashion engineering student from Whitecliffe.

Two decades later, the process has inspired Tay as a fashion designer – he has just won the Resene Color of Fashion 2021 grand prize for a deconstructed red silk suit.

Jordan Tay with its award-winning design.

As in the parental home, his winning dress shows his “good bones” with exposed structures on one shoulder. “That’s what I based my design on,” he said.

“I wanted a textural garment rather than a flowing one. Silk is usually very flowing and draped. But I wanted to achieve the exact opposite with something rigid. “

The Tay family home was originally built in 1910 so renovations were ongoing.

A second floor was added to the house during a renovation in 2001. The work fascinated Tay, who had previously thought that only rich people lived in two-story houses.

“I used to run to the second floor and dance around what is now my parents’ bedroom because it overlooked the back yard.

“That was probably the best memory of the renovation because I felt like the king of the castle.”

The competition required participants to design an item of clothing based on a randomly chosen color. Tay has Smashing Red.

While he admits that red isn’t usually his favorite color, when he saw it he thought of “something pretty powerful” so he decided to make a power suit instead of a dress.

The judges for the 2021 award included Dame Pieter Stewart, founder of NZ Fashion Week, and Resene Marketing Manager Karen Warman. They were looking for designs that were fresh and current.

You said that Tays design is the synthesis of fashion and architecture, “combined with a bizarre twist”.

The garment will be shown at a postponed Fashion Week in 2022 and Whitecliffe Fashion Tech’s graduate catwalk show in December, if the pandemic allows.