26 West on the Navesink above and the nameless restaurant at 3-5 Broad Street below are hoping to install garage-style openings. (Photo by John T. Ward. Click to enlarge.) 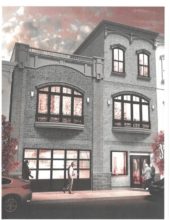 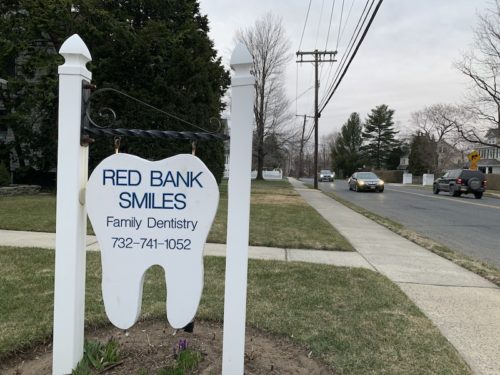 • Greg Milanos Restaurant, 26 West on the Navesink, wants to replace the western part of its facade with a roll-up door like those found elsewhere in the city, including Jamian’s Food and Drink on Monmouth Street.

• The unnamed yet open restaurant on 3-5 Broad Street is also looking for an OK on garage doors.

Co-owner Jack Manousos tells us Redbankgreen He still hasn’t decided on a name for the company and has no opening date. However, he plans to approve the rooftop restaurant permits granted in 2019.

The building was previously the home of the Belmonte restaurant and bar.

• The worn tooth-shaped sign at Red Bank Smiles, Benjamin Klayman’s dental office at 80 River Road, has been reported to need replacing, according to an application.

Yes, the new one will also be in the shape of a tooth.

• Alpha Fit, the health club that redesigned the former Atlantic Glass store on Maple Avenue and White Street, is filing for approval for “two sets of unlit letters and vinyl graphics.”

• The Eye Care Vision Center at 35 Monmouth Street, like the other eight stores in the small chain, has changed its name to Clarkson Eyecare and has requested new signage.

• Trinity Episcopal Church at 65 West Front Street needs repairs on the outside of the stucco. HPC approval is required for painting that does not change the existing color.

Here is the full agenda.

The commission meets at 7 p.m. through Zoom. You can find access and participation information here.

If you appreciate the nature of the coverage Redbankgreen delivers, please become a paying member. Click here for details on our new free newsletter and membership information.