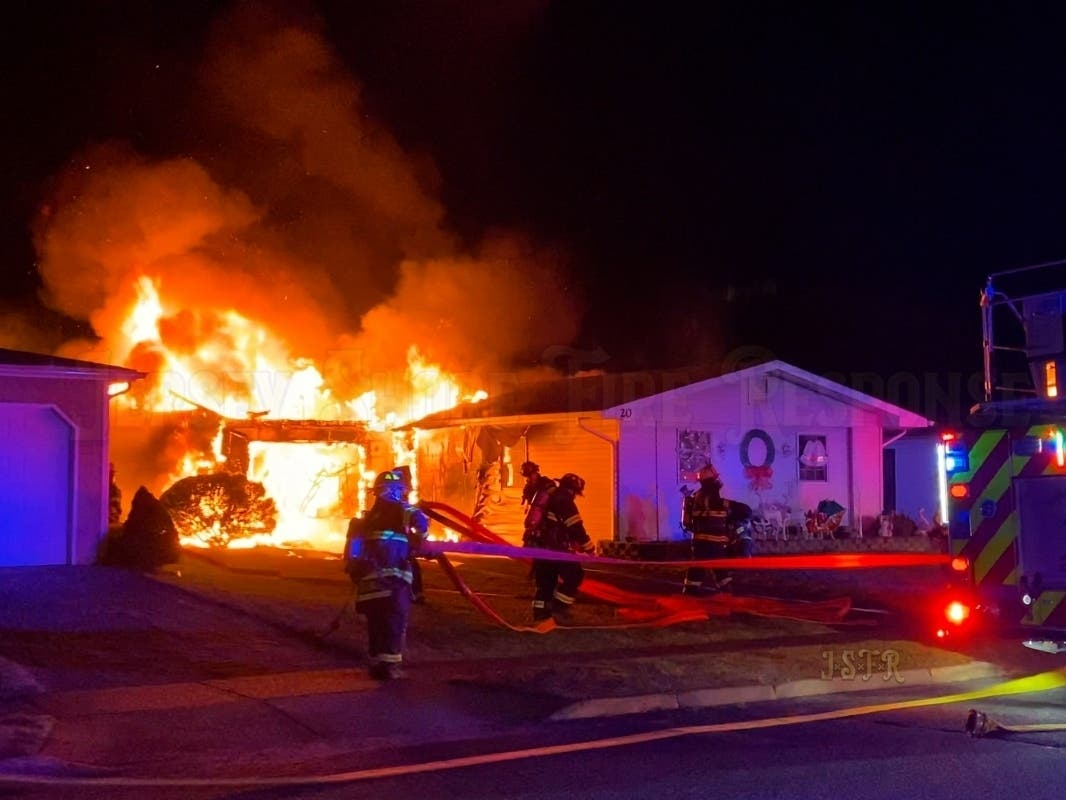 BRICK, NJ — A fire that started in the garage of a home in the Greenbriar I community on Monday night destroyed the home and caused minor damage to one next door, a Brick fire official said Tuesday.

The home at 20 Fletcher St. was left uninhabitable by the fire, said Kevin C. Batzel, chief of the Brick Township Bureau of Fire Safety. Investigators were probing the cause of the fire on Tuesday, he said.

The residents, who reported the fire at 9:40 pm, had evacuated and were safe when firefighters from Laurelton Fire Company, led by Fire Chief David Bahrenburg, arrived to fight the fire, Batzel said.

The garage was fully ablaze and the fire had spread to the roofline of the house, and the Herbertsville, Pioneer Hose and Breton Woods fire companies were called in to assist. Batzel said the fire was brought under control in about 15 minutes. Firefighters stayed at the house for about 90 minutes to ensure the fire was out.

Two people — a firefighter and an EMT — suffered minor injuries and were treated at the scene, he said.

The home at 18 Fletcher St. received minor heat damage to its exterior but the residents were able return to that home, Batzel said.

Brick Township police and Brick EMS also responded, along with the Point Pleasant Fire Company. Batzel said the fire started in the garage and spread rapidly in part because the garage door had been left partially open, allowing more oxygen to get in and feed the fire.

Have a comment, a question or a news tip? Email [email protected]

Get more local news delivered straight to your inbox. Sign up for free Patch newsletters and alerts.

To request removal of your name from an arrest report, submit these required items to [email protected]

The rules of replying: