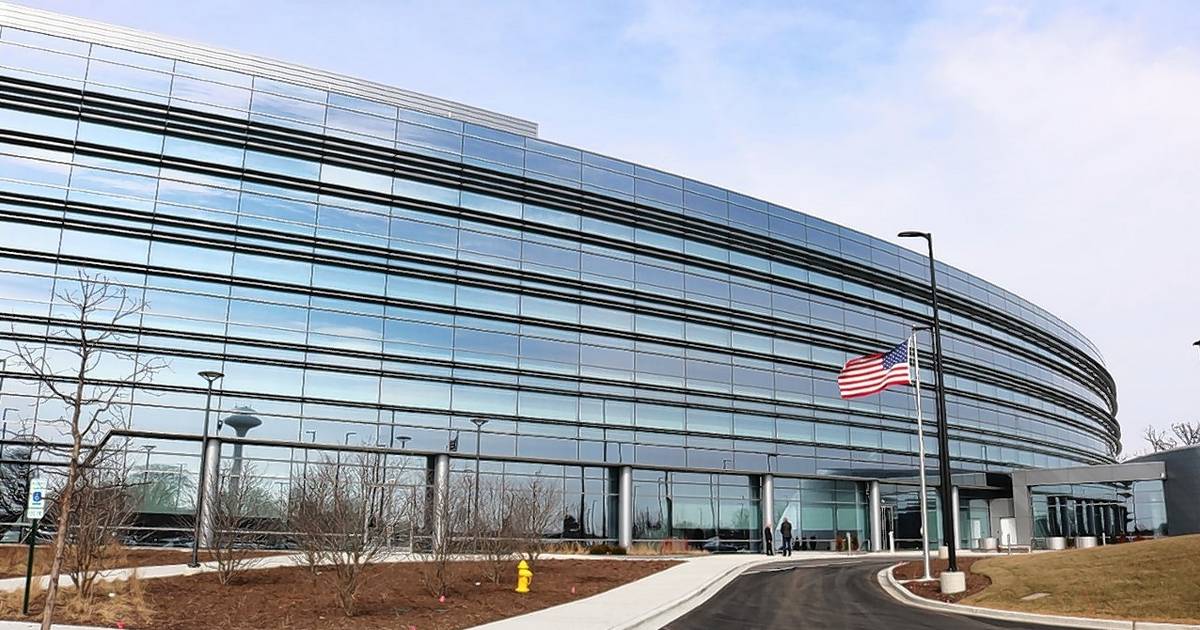 The doors of opportunity are wide open for the Oak Brook-based Chamberlain Group.

While the name might not ring a bell, chances are you encounter one of the company’s products every day. Chamberlain Group, under the brand names Chamberlain, LiftMaster Merlin and others, is the nation’s top manufacturer of residential and commercial garage door openers. Its products are in an estimated 51 million US homes.

Now with a new ownership group and new CEO, the company sees a future through smart technology that moves its products beyond their traditional role.

“Our role in access has changed from just opening and closing the door,” Jeff Meredith, who was appointed CEO in January, said in a recent interview with the Daily Herald. “Now we’re providing information and knowledge around access that gives you peace of mind as you sit and work the rest of your day in the office.”

Meredith’s ascension to the CEO role capped a momentous four months for Chamberlain Group that saw The Duchossois Group, the company founded by the late Arlington Park chairman Richard Duchossois, sell its ownership stake to the private-equity firm Blackstone in a $5 billion deal.

When Meredith arrived at Chamberlain Group three years ago from the tech firm Lenovo to serve as president and chief operating officer, he remembers friends questioning his decision to work for “a garage door opener company.”

But he said three factors played into the decision.

One was meeting with Craig Duchossois, Richard’s son, and the Duchossois family.

“I appreciated his focus on the long term. I have always been a more visionary thinker, and you have to have an ownership construct that embraces this idea of ​​long-term strategic growth,” he said.

The second is the company’s strong presence in the marketplace.

Finally, he said, “I love a challenge,” especially transforming a company with 40 years of history.

Meredith, who lives in Hinsdale and is married with three daughters, is no stranger to challenges or hard work.

Born in Louisville, Kentucky, he grew up in a family of schoolteachers and studied civil engineering at Purdue University.

“Engineering school prepares you very well to be a more structured problem solver,” he said.

After graduating, he did work that included designing bridges before returning to Purdue to obtain his MBA. He worked for International Paper Co. and Lexmark, a manufacturer of printers, before moving to Lenovo, where his job involved traveling between the US and Beijing. The experience proved invaluable, he said, especially in appreciating the value of diversity.

During his time at Chamberlain Group, he said he has seen how technology has transformed the company’s products. Today’s smart garage door openers enable users to open and close them from work and have cameras with remote monitoring capability that feeds information to the cloud that can be stored for up to 100 hours. The company’s myQ app enables users to monitor their garages from a phone.

As Meredith noted this, he turned on his garage camera from his office and opened his garage door. He then received a notification on his phone that he had just opened the door.

Since joining the company, it has averaged about 10% growth in revenue, with 7 million users connected to the myQ app, up from 1 million when he arrived.

“It’s not me,” he said. “I just think that as a company it signifies we’ve transformed. We put a camera in a garage door opener for the first time.”

In the future, Chamberlain Group will be rolling out new products that will provide more security, including a keypad that has video surveillance capability similar to a ring doorbell. There are also potential applications for everything from roads to parking garages and even special events.

Meredith said parting from Duchossois was a bit bittersweet.

“They’re great owners and just top-shelf people. And so it was tough when they first shared with me and our leadership team that they were going to evaluate potential buyers for our company,” he said.

“But honestly, as I went through the process and as I’ve begun to work with the Blackstone leadership team and the partners that are tied with our business, it was the best move for our company, because it really does enable us to grow at a faster pace.” Meredith added.

One advantage, he said, is that Blackstone owns real estate across the country, including warehouses, apartment buildings and other multidwelling units.