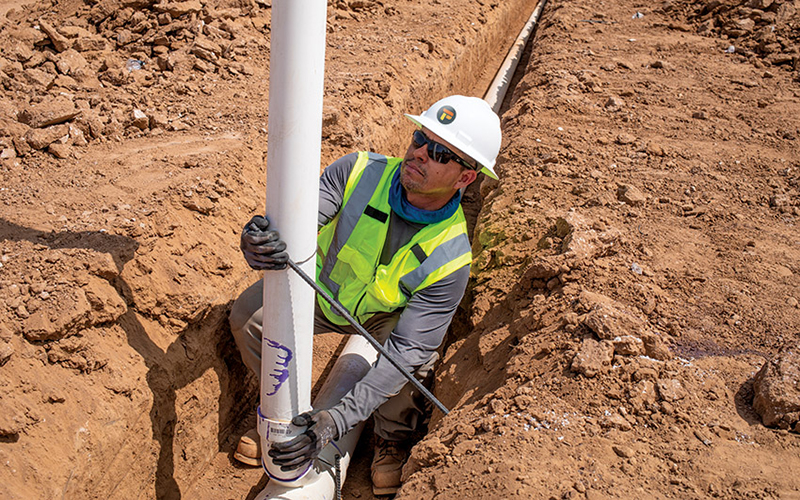 Huron Capital, a middle-market private equity firm based in Detroit, announces the sale of a majority interest in Pueblo Mechanical & Controls, an HVAC and plumbing services company, to OMERS Private Equity in Toronto. Huron acquired Pueblo in late 2017.

Huron had partnered with industry veteran Dan Bueschel to pursue an ExecFactor buy-and-build strategy in commercial HVAC and plumbing services in the Sun Belt and Rocky Mountain regions of the US Terms of the deal were not disclosed.

“We acquired Pueblo because we believed demand for HVAC repair and installation services would increase and the sector was ripe for consolidation,” says Scott Hauncher, a partner at Huron. “Since then, regional population growth, aging infrastructure, energy efficiency, and sustainability have driven demand for Pueblo’s services.”

Since Huron’s initial investment, Pueblo has made significant investments in talent, technology, and corporate infrastructure, including the development of a regionally focused M&A program.

The result was a greater than four-fold increase in revenue and EBITDA, transforming Pueblo from a single state HVAC operator to a leading super-regional provider of technical services in five states.

“We have a clear focus to become one of the largest independent technical services operators in the US by leveraging a scalable platform with an experienced and aligned management team,” says Dan Bueschel, CEO of Pueblo. “Due in large part to the investments we made in the systems and team, in addition to leveraging Huron’s demonstrated M&A playbook, we executed and integrated numerous acquisitions including six in 2022 alone.”

The sale of Pueblo is Huron Capital’s fourth platform exit in the last twelve months.

Poll: How important is recycling to you as part of a home remodel? | FFXnow

From Broken Windows To Windscreens, These Auto Glass Experts Fix Everything