Demand soars for trained plumbers and HVAC techs across the valley 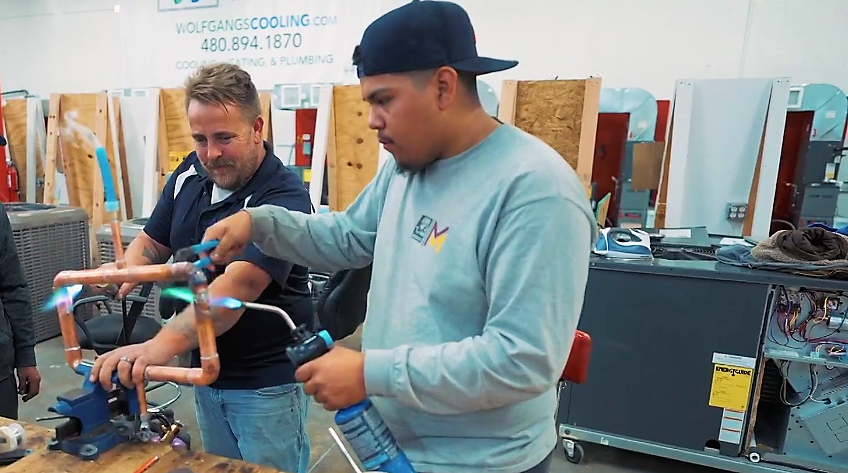 LAS VEGAS (KLAS) — World Plumbing Day falls on Friday, Mar. 11, and here in Las Vegas there is a desperate need for professional plumbers. In fact, the profession is in such high demand that most students are hired even before they graduate.

Jessica Ralph, 35, is a single mother of three. She was laid off from her security job during the pandemic and went back to school. “Trade school is a great opportunity – especially for women,” Ralph told 8 News Now.

Ralph enrolled at National Technical Institute (NTI) in Henderson. NTI offers three skilled trade programs, electric, HVAC, and plumbing. “I would encourage all females, to get in,” Ralph said.

Nesmith said as businesses were shutting down and closing many people like Ralph had to reinvent themselves. “We’ve had doctors, strip workers, gaming attendants, executive chefs,” Nesmith said. “Every contractor in the valley is calling, coming by or emailing me, wanting to get ahead of the summer months for HVAC and plumbing is year round, as is electrical.”

Industry-wide, many veteran technicians are aging out and retiring making now the perfect opportunity for anyone like Ralph. “I absolutely love it, it’s been amazing,” Ralph said. She was hired at a property on the strip six days after completing the HVAC program at NTI. While working, Ralph is continuing her education with the plumbing certification, and will tackle electrical next month.

If you’re interested in pursuing one of these trade careers, there is an open house and job fair at NTI Friday, Mar. 11 from 1 to 4 p.m. at NTI in Henderson off Whitney Mesa Drive.