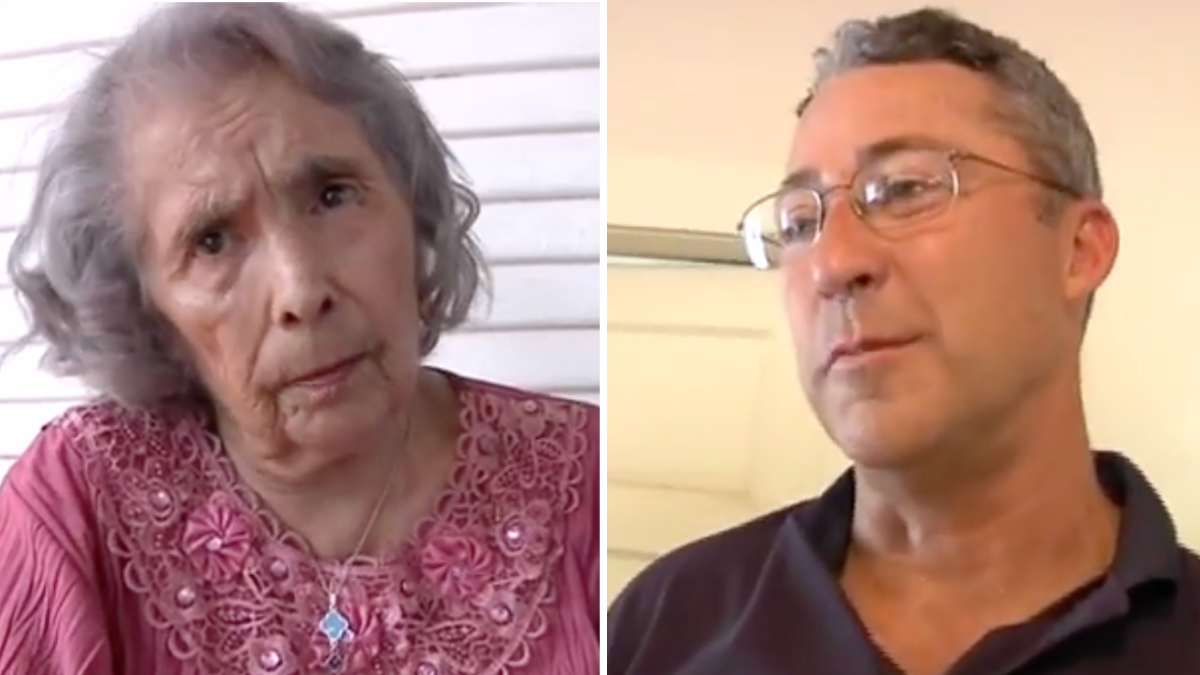 We’ve all been there: a pipe bursts, the toilet won’t stop running, the sink won’t drain properly. After the initial frustration wears off, the realization dawns that a plumber will have to be called. Usually, this means that hundreds of dollars will go, literally, down the drain.

This was the reality one elderly woman had to face on a fixed income. However, what happened when the plumber came to her house was heartwarming instead of bank-breaking.

Orelia Diaz, a 90-year-old woman lives at home without assistance. One day, she found herself facing a streak of bad luck. First, she realized that her hot water heater was broken. Then, she found that a gas line and a water pipe in her home were also busted.

Since Orelia lives on a very small fixed income, the price of fixing the problem would really affect her budget. She reached out to her family for help. Luckily, her cousin Shirley Garcia knew what to do.

RELATED: Plumber Refuses To Charge 91-Year-Old Woman For His Services – Then, He Hands Her A Receipt

Shirley knew that the best way to get a good price for a plumber was to go through the phone book with a fine-toothed comb. The number one thing she wanted to avoid was a big company, since she knew those had a tendency to overcharge and under deliver.

Shirley reached out to local plumber Robert Toney, owner of RV Toney’s Plumbing. Robert showed up at Orelia’s house and immediately got to work — for free! He generously replaced her hot water heater and fixed the broken water and gas lines.

How a Plumber Proved the Importance of Helping Those in Need

Knowing that Orelia was so elderly and had to have been on a fixed income, he didn’t charge her. Orelia was so touched by his generosity that she decided to do something kind in return.

Orelia knew her local CBS News program had a segment called Pay It 4Ward that focused on amazing people in the community, or people with interesting stories who are in need. The show highlighted the accomplishments or actions of community members and included a small cash prize.

RELATED: Young Boy Bombards Electricians Working at His House With Questions – So, They Send Him a Payslip

Orelia nominated Robert to be featured on the program — and he was chosen! She invited Robert over by pretending she needed help with another plumbing issue, and when he walked in he was flabbergasted. The television crew explained what was going on and Shirley handed Robert $400 to thank him.

Robert Toney doesn’t make a habit of working for free. In fact, having a successful business and making a healthy income are top priorities in his life. However, his faith is also important to him and he never makes money off of those in need. Acting on his values, Robert decided that he would use the money given to him from the Pay It 4Ward program to help more people in need.

Update Your Windows Before The Holidays With Expo Home Improvement