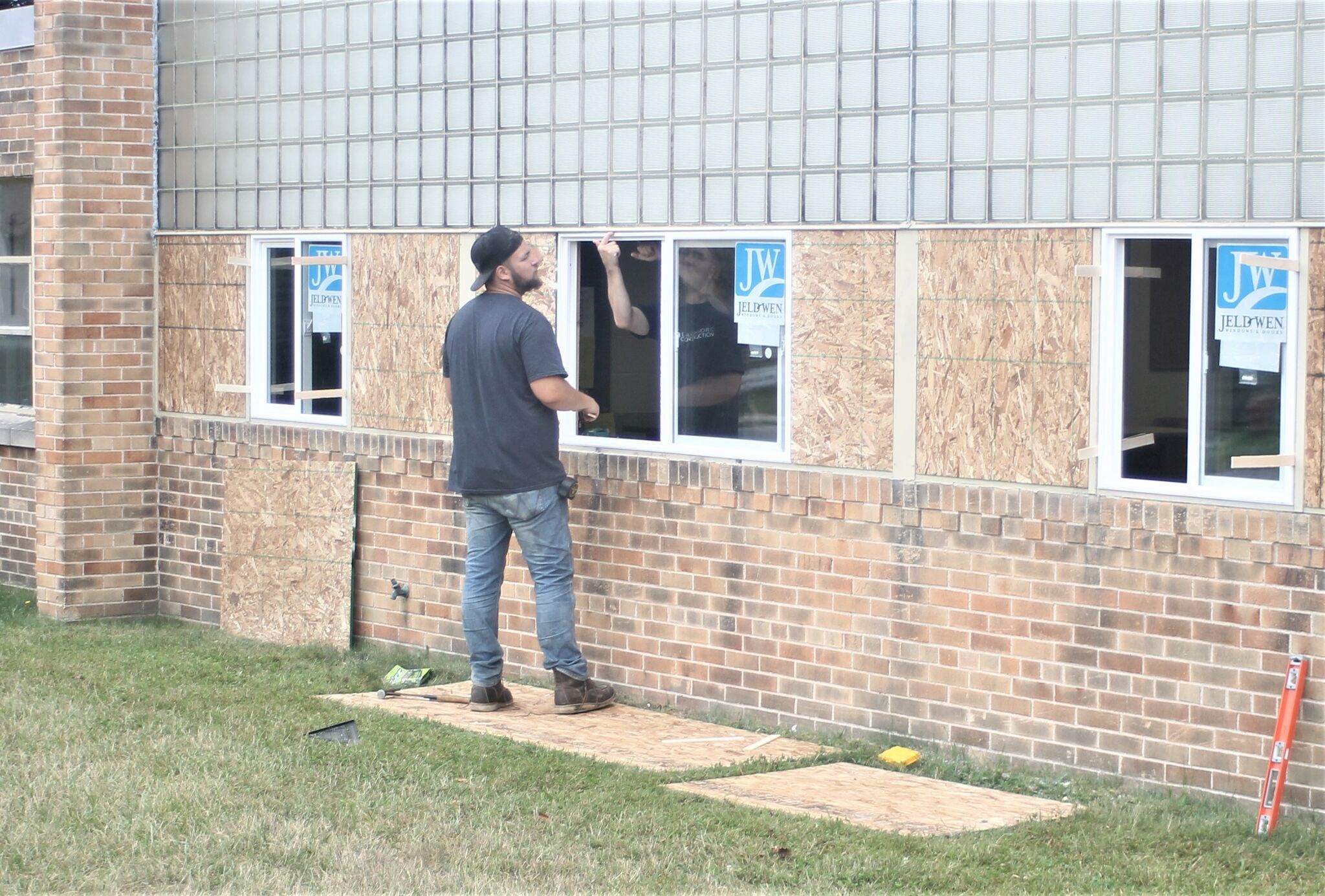 The project will not only seal up the building and eliminate any draftiness, but also improve its appearance.

“It’s a fun project,” she said. “It’s going to make the building look really nice, and just updated. It’s what the kids need, the community needs and the school needs.”

Work on the roughly $145,000 project is being done by Lakeshore Construction, of Manistee. VanVoorst said the school is using Elementary and Secondary School Emergency Relief funding to pay for the project.

The Coronavirus Response and Relief Supplemental Appropriations Act was signed into law on Dec. 27, 2020 and provided $54.3 billion for the ESSER II Fund. ESSER III funding was enacted on March 11, 2021 under the American Rescue Plan, and provided a total of nearly $122 billion to states and school districts to help safely reopen and sustain the safe operation of schools and address the impact of the coronavirus pandemic on the nation’s students.

VanVoorst said the work started a little later than she had hoped, so the school’s start date has been moved to Sept. 6 to make sure the building is ready for students.

“They brought the trailer, the tools and all that good stuff on July 21, so they were a little bit later than we had hoped,” VanVoorst said. “But, the windows arrived last week. That was a week earlier than they had anticipated … so we’re hoping to make up some time so that everything will be ready to go for Sept. 6.”

VanVoorst said once the new windows are installed workers will be redoing the surrounding drywall. She said it may take another week after the drywall is finished to get the rooms cleaned up and ready for school.

“We originally had thought back in June that the project would go well enough and we were hopeful that we could start Aug. 30 — the same week all the other schools are starting,” VanVoorst said. “With them starting late and the windows arriving when they did, it’s looking like drywall is not going to be done in time for us to start on Aug. 30.”

The scope of work for CASMAN Academy’s window project includes the installation of new windows, drywall and building facade.

Work on the building’s facade can take place while students are in class, VanVoorst said.

“Once they finish up all of the inside they’re going to start working right away on the outside. We will definitely be in session while they’re working on the outside of the building,” she said. “Basically they’re going to be filling in all of the cracks in all the bricks. … After they get the cracks filled in, the new siding will go on — the metal sheeting to cover up the cracks and insulate the building even further.”

The CASMAN school board voted unanimously in favor of accepting Lakeshore Construction’s $145,000 bid during a meeting on April 25.