Bunce Diary: A story about a great fighter, a woeful heavyweight fight and a pest exterminator 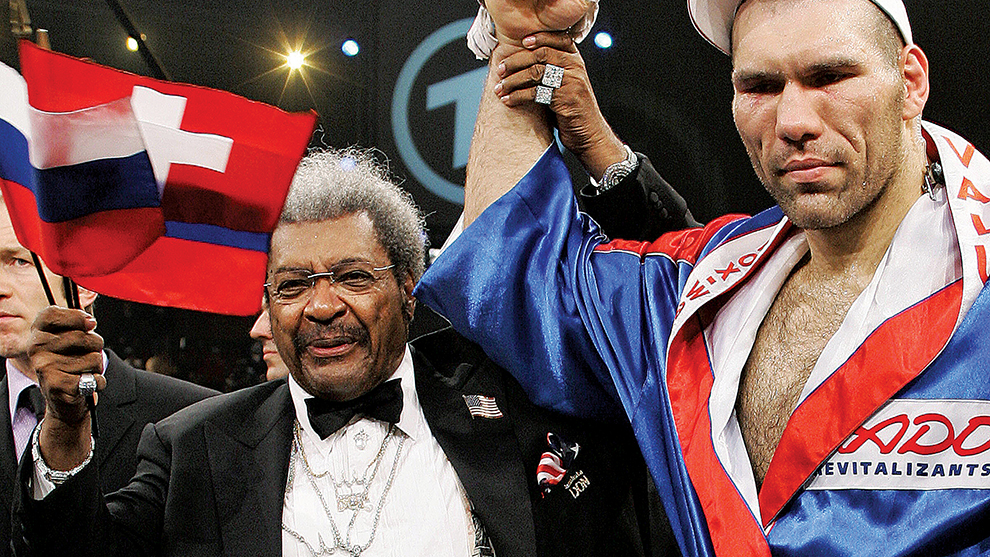 SOMETHING a bit lighter in the darkness. There is always a need for a silly story in the boxing business, a story that makes people smile rather than choke. I think I have found one to leave the gloom of last week’s debacle. And a man that makes me chuckle.

This is from one of my dead friends. A truly no-nonsense man from the world of boxing called George Kimball. He once left a beautifully foul message at 3am, when he saw a clip of me praising a novice. He monitored the boxing press with a sharp eye and an even sharper tongue; he could also write wonderful stuff.

It’s 2005, it’s Baghdad and Don King is determined to deliver a fight for the American troops in the Middle East. That is a glorious piece of King hope and hype.

“I intend to answer the President’s call and do all I can to support our troops,” King pledged, his flags waving in his fists.

Kimball joked that Saddam Hussein, who was on trial at the time of King’s plans, had complained that he was being tortured by having to watch the full 12 rounds of Nikolay Valuev and John Ruiz. “Not a single American had to watch this fight – why should I?” asked Hussein in Kimball’s column. Obviously, the despot never said anything like that.

In June of this year in Miami, King had told me of his bold plans to stage a world heavyweight title fight in Ukraine. Sadly, for the global king of promotions, his champion, Trevor Bryan, was flattened by Daniel Dubois.

King on his travels has done business with just about everybody. Despots and rulers and crooked government officials have all sat and dined to woo King and his court of fighters. That is just the business.

“I intend to stage exhibition matches in Iraq displaying the skills of many great champions from the boxing world,” added King. “It will be an unforgettable, historic event. I’ll even stage a true championship match if I’m allowed.”

King was not allowed.

Kimball had some fun with the King idea, but another Baghdad tale properly upset him. Kimball had no time for a man called Maurice “Termite” Watkins. Hey disliked Watkins.

The Watkins story is a real distraction, a pure extraordinary tale. Kimball was not having any part of it and called Watkins a “pest.” I had met Termite in 2004 when he was at the Fitzroy Lodge gym in south London. He was there under very special measures.

Let me back the story up a tiny bit and give some background to Kimball’s thoughts and feelings. Big George wasn’t a lover of war. Watkins was the most unlikely Olympic national boxing coach since 1972, when Terry Spinks was in charge of the South Korean boxing team.

Watkins was the Iraq national coach and there was, at the Athens Olympics in 2004, just one boxer, Najah Ali. Kimball thought it was a political stunt, he hated the way it was presented as some type of show of freedom; it was pushed as a victory against the evil of Hussein’s regime. I had met Watkins and liked him – George put me right on that one!

Watkins had been working as a pest exterminator in Baghdad and had started to train the surviving fighters. It was a courageous move by Watkins, who could never travel with the fighters, but always had to take a separate vehicle. He still lost some of the fighters that he was working with. It was a lethal place in 2003.

Kimball believed it was all a publicity stunt and that the Iraqi boxers were simply not good enough; in the end, Ali was given a spot. He wasn’t bad, by the way. It was a feel-good story, in my opinion, and not such a disgusting piece of propaganda. Ali won and then lost.

There is a nice little twist to the termite story. He wasn’t just a chancer, chasing big dollars for killing rats in a danger zone. No, he fought for the world title in Las Vegas on a Muhammad Ali undercard. I never saw that one coming when I was first told his story. Watkins was a real fighter. And finished his career with just five losses in 69 fights. King, incidentally, was the promoter that night in Las Vegas.

Watkins lost to Saoul Mamby for the WBC light-welterweight title over 15 rounds on the night in 1980 when Ali lost to Larry Holmes, in a shameful heavyweight title fight. Those are good credentials, Mamby could really fight back then – even George admitted that. However, Watkins also told a lot of war stories; Humvee crashes at 100 mph in the desert, suicide-bombing raids, near misses as guns blaze. There are only so many scrapes that a glorious cynic like Kimball can stomach. In 2020, Sly Stallone’s company, Balboa Productions, were in talks with Termite about a movie. However, even I draw the line at suggestions that Brad Pitt wanted the main role.

I still think George was a bit harsh on the raconteur and rat catcher; it’s clear that working in a bombed and damaged gym in Baghdad during the American occupation was hazardous. Sure, Termite could tell a story, but then he did have a few to tell. From Caesars to Baghdad central is quite a journey. It is one that Don King planned but failed to pull off.