Bringing the hospital home: How OSF HealthCare’s ‘Digital Hospital’ is offering an alternative to admission 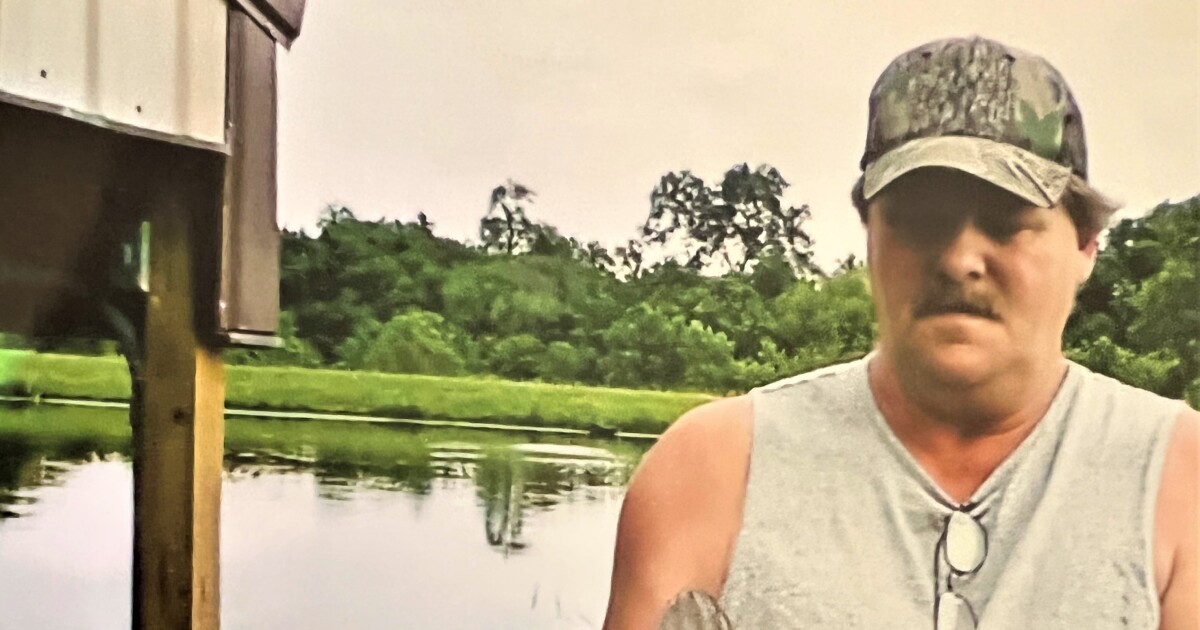 Denny Gravat has lived in Peoria on and off his entire life. When he was younger, the 63-year-old played hockey and raced stock cars. And he ran a home remodeling business for three decades.

That physically active lifestyle has taken a toll on his body. Denny suffers from memory problems after sustaining ten concussions over the years. He also has bad knees, a problem that was compounded when he fell down the bleachers at a stock car race.

“I went to the orthopedic surgeon, which was gonna get an injection in my right knee. I asked the gentleman if he could take my sock off. My foot felt bad,” said Gravat. “He took it off. He goes, ‘Oh, Denny, I’m not gonna go giving you injections.’ I said, why? He says, ‘it looks to me like you got a very bad case of cellulitis.’ My foot was as big as a football, bright red. And he says you’re going to have to go, and go now, to the emergency room.”

The next day, doctors told Denny he had bacteria in his bloodstream. That news scared him, because his brother died after receiving a similar diagnosis.

“They said they were going to admit me and I wasn’t really up for that. I don’t like to go to the hospital because things can happen,” he said. “You know, you can get well, but there’s also things that could happen.”

That’s where the Digital Hospital program came in. Gravat was deemed an ideal candidate to become one of the first patients for the program soon after its August launch.

Suzanne Hinderliter is the director of digital development for OSF OnCall.

“They need to be just more of a general patient. Not anybody that necessarily needs surgery or any in-depth procedures, but a patient that may have COPD, or heart failure. Patients that may come in with an infection like a cellulitis that we need to treat with antibiotic and things like that. Those are the kinds of patients we’re looking for,” Hinderliter said.

Gravat was quickly sold on the concept, or as he puts it, he was a willing guinea pig. OSF employees retrofitted his apartment at a Peoria assisted living facility with all the accoutrements of a hospital ward.

“When I opened my door in my apartment, it looked like I was in a hospital,” he said. “I had an IV pole in my bedroom. I had a monitor in my bedroom, I had other things, antennas and stuff in my bedroom, and I had the same stuff in my living room. And I’m going ‘Wow, looks like Star Trek or something.'”

A CNA was waiting in Gravat’s apartment to explain how everything worked when he got home. He interacted with medical personnel through a monitor installed in his room. Food was delivered to his apartment from the OSF kitchen, three times a day.

The technology is designed for easy usage for those unaccustomed to it, and help is usually just a button push away.

“We have a lot of technology that allows us to use video visits and be able to gather vital signs information and communicate directly with the patient 24 hours a day, you know right to them right when they need it,” said Hinderliter. “So if there’s an emergency that happens with that patient in their home, they’re able to wear a bracelet with a button on it. It’s an emergency response system where they just hit the button and they’re able to connect to us immediately . The patients have multiple ways to connect.”

The Digital Hospital program has received a warm welcome from patients so far. Hinderliter said patients like sleeping in their own bed, and having easy access to their families and pets.

The program also helps the hospital reserve bed space for those who need it most. That was a lesson reinforced during the peak of the COVID-19 pandemic, when hospitals were strained to capacity and beyond for resources.

“It helps us kind of load balance where a lot of that volume is coming from for us. It does allow us a different model of care,” said Hinderliter. “So as as everyone knows, you know, we have a lot of just issues with staffing. Most people know you know there’s a lot of open positions out there. And this allows us to take care of patients in a different way with a different group of caregivers. That then allows that to offload the hospital, as well.”

Gravat recovered from his blood infection at home, and he is set to undergo knee replacement surgery next week.

“I don’t like the word old, because I don’t know I’m old. I don’t look like I’m 63. People tell me, but I’m starting to feel like and I’m starting to understand what they say about getting old and slowing down. If I don’t slow down I’m gonna get hurt,” he said. “So right now I have no gripes with OSF and digital hospital. They did a very five five star perfect (job) on me.”

Hinderliter said the program is beginning at OSF Saint Francis Medical Center in Peoria. The goal is to get the average daily patient count up to around 20 people, and then expand the digital hospital program to other hospitals.

Newcastle’s Leading Plumber Explains What to Do in a