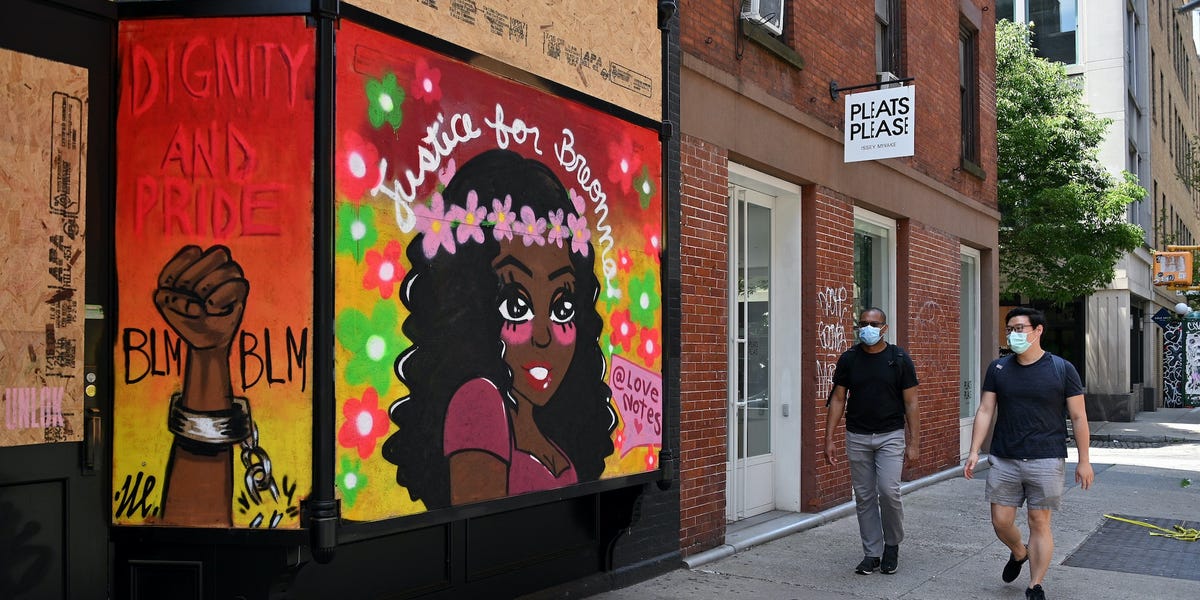 After the lockdown and demonstrations across the city, many Lower Manhattan businesses boarded up their storefronts. Some broke windows during protests, others hoped to deter looters.

The result was that New York’s shops and restaurants that once attracted many passers-by were now gloomy and boring.

Street performers viewed the plywood boards as a blank canvas for original and provocative art, which largely dealt with racial injustice and the protests against Black Lives Matter.

Some artists have been hired by business owners to create murals. others did not wait for permission.

Here is a selection of the powerful works of art that adorn Soho, the East Village, and other downtown neighborhoods.