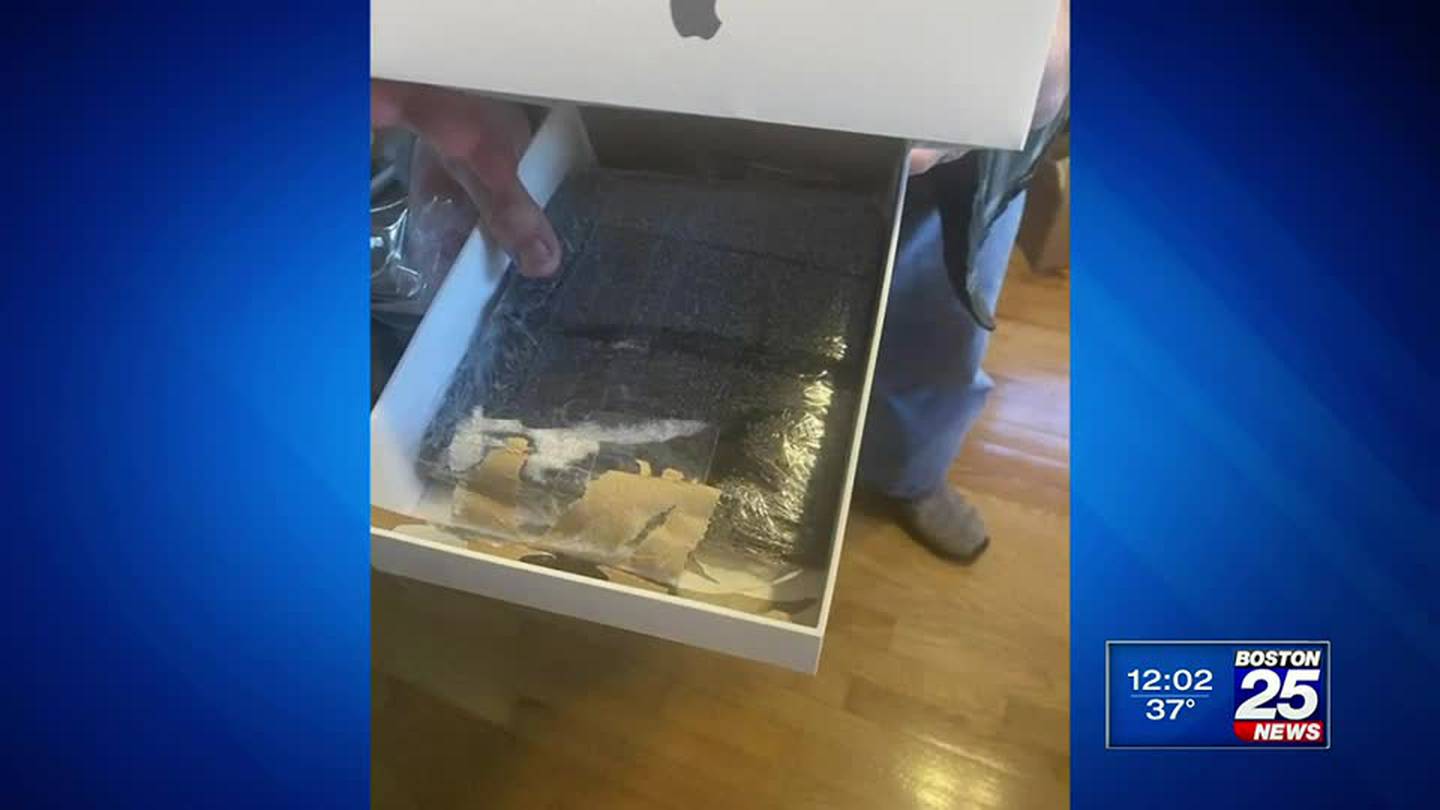 LOWELL, Mass. — Who’s swapping out electronics with roofing shingles at stores in Massachusetts?

That question is being raised by people across the state after Boston 25 News first reported on the puzzling mystery Tuesday night.

A Boston man said he found roofing shingles inside a Microsoft Surface Pro 8 box he purchased at Best Buy in South Bay.

He said he discovered roofing shingles inside the same tablet box at Best Buy in the Square One Mall.

Boston 25 News has since heard from several people in different parts of the state who say they’ve also found roofing shingles inside boxes purchased at various stores.

“It was all sealed, but when I opened it, the inside was torn out and the shingles were in there wrapped in saran wrap,” said Peter Winitzer of Billerica.

Winizter told Boston 25 News he made the discovery after purchasing an iPad at Target in Lowell on Tuesday.

“I guess my reaction was I was annoyed because I have to go back to the store and deal with that,” said Winitzer.

Winitzer learned that the iPad he bought his daughter was out of stock when he returned to the store.

He was able to get the product at another Target location in New Hampshire later in the day.

“It’s going on all over the place,” he added. “Hopefully for other people’s sake, they get to the bottom of it.”

Boston 25 News received the following statement from a Target spokesperson:

“We take product integrity very seriously and have security measures in place to prevent tampering. In the unfortunate event a guest purchases a product they believe to have been tampered with, they should contact Target Guest Relations at 1-800-440-0680 for assistance.”

Boston 25 News reached out to the Massachusetts Attorney General’s Office to see if it is investigating.

A spokesperson said that the AG’s Office is working to get more information.

This is a developing story. Check back for updates as more information becomes available.

Garage breaks in on the rise, Wynnum

The history behind a unique, peaked-roof building on Fruitvale Boulevard | Local