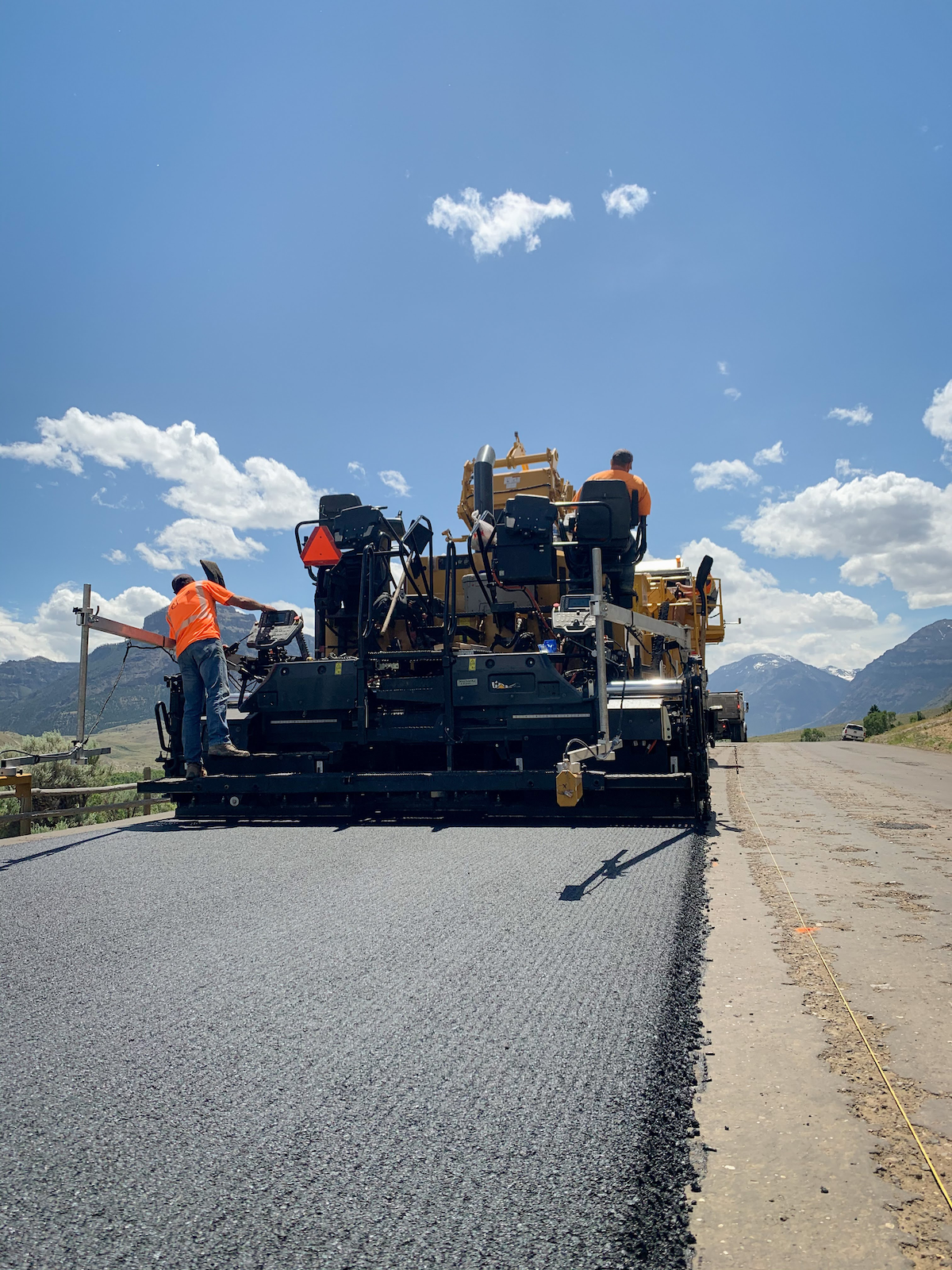 The texture of this screed panel adds a lateral component as well as a longitudinal and vertical component. When the mixture immediately enters the OXCLAW, several forces are exerted on the unit. At several depths, the mixture is moved back and forth laterally along with the vertical and longitudinal forces, kneading the aggregate in place until it finds its final resting place. This movement helps remix your asphalt and helps with any possible breakup you might have.

Many road construction companies understand the importance of getting the density right behind the paver when the mix is ​​still in the hottest temperatures. For this reason, articles on condensing and achieving optimal roll patterns are consistently among the most viewed content on our website. In order to achieve compaction directly behind the paver, manufacturers are also working on developing higher-density screeds with which the density can be achieved before the roller even hits the mat.

Recently a new type of screed slab was launched that also helps compaction behind the asphalt paver, but it’s not something we’ve seen in the industry so far.

Stuart and Michael Frost spent hours building roads and buying their first fleet of Tonka Toys equipment as little boys. You joined the family construction company at a young age and founded the Mountain Construction Company in 1999, which you will still see today how they work on the crew. This has led to years of industry experience, knowledge and the longing to make work more efficient and cost-effective. This has also made them know efficiently what works and what doesn’t in our industry.

Their idea for a new type of screed came after spending hours trying to replace a worn screed slab under a paver in the middle of the night. Between probably many frustrated moments, the thought occurred to them that there had to be a better way. At that point, they decided to take on the challenge of quickly changing a screed sheet and getting better densities behind the screed.

This patented system enables the contractor to remove and replace a screed in about two hours instead of two days. With the new patented AXENOX screed system, you no longer have to chisel out hard bituminous material or unscrew the nuts and work on the electrical heating elements to change the sheet. Once the aluminum circuit board is installed, it does not need to be replaced for the life of the paver.

The patented AXENOX screed panel systems offer a three-dimensional progressive structured wave, which eliminates the stereotype that all screed panels must be smooth. For the first time, there is a three-dimensional component that uses multiple vectors of force, which allows the mixture to roll and interlock more efficiently than the traditional flat screed slab. The result is higher densities on your uncompacted mat.

The brothers didn’t stop there, they wanted to find a solution to achieve better density behind the screed. This thinking led to a patterned screed slab to aid compaction and driving.

The patented AXENOX screed panel systems deliver a three-dimensional progressive textured wave through the OXCLAW, eliminating the stereotype that all screed panels must be smooth. For the first time, there is a three-dimensional component that uses multiple vectors of force, which allows the mixture to roll and interlock more efficiently than the traditional flat screed slab. The result is higher densities on your uncompacted mat.

Four pavers equipped with OXCLAW are currently laying asphalt in the USA. Each shows the same results regardless of the depth, type of blend, aggregate structure or A / C polymer used. The densities behind the screed are between 85% and in some cases 89%!

“You can walk over the uncompacted mat and feel how dense it is,” says Brent Carron, owner of Valley Paving, Inc. about the markings and bumps they’re used to. ”

This is because the aggregate doesn’t have to swim around to find its place in the more compact mat.

Thermal profiles and mix segregation, both in terms of warmth and gradation, along with the density of the longitudinal joints, were a hot topic for the asphalt industry. The texture of this screed panel adds a lateral component as well as a longitudinal and vertical component. When the mixture enters the OXCLAW, several forces are immediately applied to the unit. At several depths, the mixture is moved back and forth along with the vertical and longitudinal forces, kneading the aggregate in place until it finds its final resting point. This movement helps remix your asphalt and helps with any possible breakup you might have.

Owners have pushed the industry to find ways to increase mat density, reduce aggregate segregation, provide uniform thermal temperatures, and reduce longitudinal joint failure. If you compact an unrestricted edge with the OXCLAW, you will see little or no “squeezing out” at the edges, as this is more stable. This leads to better, more even densities on both sides of the longitudinal joint.

“There’s nothing like it in the asphalt industry,” says Carron. “The idea that a non-smooth screed can create a level, flat surface is crazy enough, but this screed does a lot more. The compaction is amazing what we’ve seen so far. Our crew reaches a density of 87% to 89% % before the knock-down roller even hits, and as soon as the knock-down roller hits the mat, it is hardly compressed.

With 3D angles of attack, the OXCLAW can produce a higher density as well as a more even and smoother surface.

AXENOX has tested this screed system in Minnesota, Wyoming and Kansas with three different companies achieving the same results, higher compaction and smoothness.

“We are still finding new benefits of owning this screed and what it can do for this industry. To date, we have had no complaints and the owners of the roads we pave are impressed and at the same time amazed and can see the results we are getting , don’t believe, “says Carron.

“We have a lot more tons of asphalt to lay with this screed, but so far it has made many believers. I’ve been in this industry since I started wearing diapers, and I have not seen any further progress with the asphalt paver that compares with it . “

AXENOX wants to push the boundaries of this old-fashioned way of thinking – “Let the screed do the work for you”.

According to Global Market Insights, Inc., the plastic fencing market is expected to reach $ 6.3 billion by 2026.