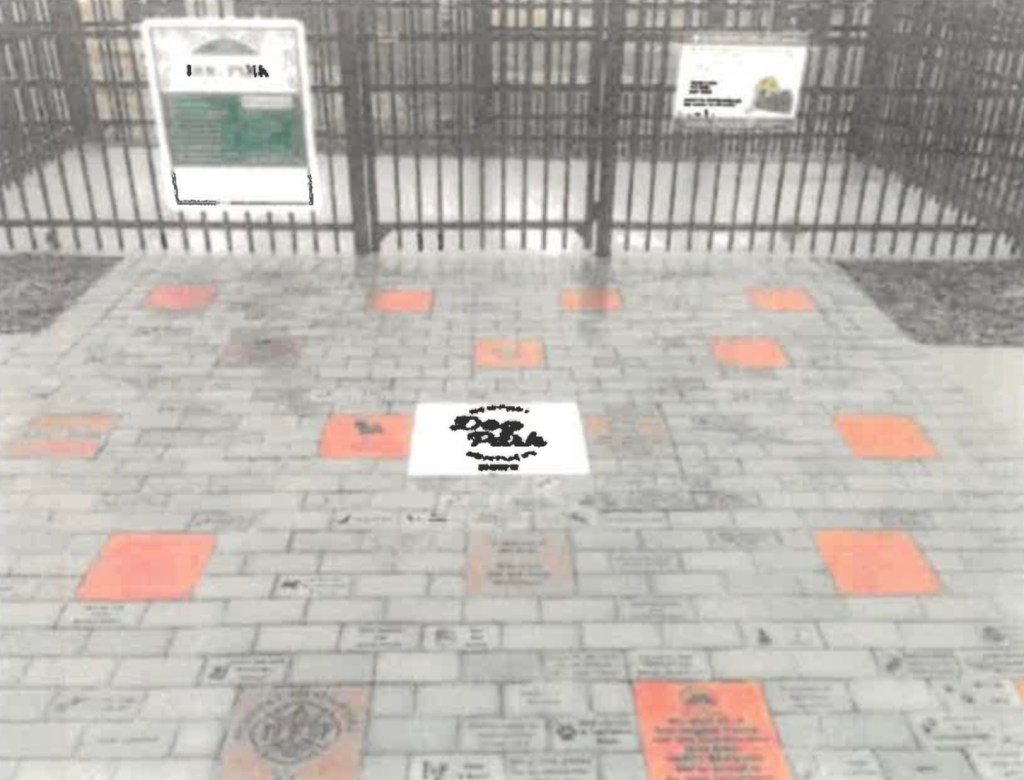 The city of Algonac is now taking orders for a memorial brick paver program for pets at the dog park at Algonac Lions Field.

She started by listing the benefits of having a dog park, including that it brings the community closer, as dogs help their owners meet new people; it gives dogs a bit of freedom with off-leash fun while safe from cars; it reduces troublesome behavior, as exercise can help with dog behaviors such as barking, constant rough play, restlessness, anxiety and leash pulling, and that people are happier and healthier.

Gerstenberg then gave a bit of history about the dog park.

“The contract for engineering was awarded in June of 2017, project was completed the following year and we had a ribbon cutting in May of 2018 and now in June of 2022, we awarded a contract to install brick pavers,” she said.

The ribbon-cutting ceremony for the dog park took place in 2018. (Courtesy of cityofalgonac.org)

At the June 21 meeting, council members unanimously approved a motion to approve the installation of the dog park memorial pavers by D&E Landscaping & Grading Inc. in the amount of $5,316. The agenda stated that the memorial would include gray and red concrete bricks and be located at the end of the asphalt path at Lions Field near the dog park.

At the time, it was stated that officials anticipated that the project would pay for itself through the brick engraving program.

“You can create a loving legacy for your pets,” Gerstenberg said Nov. 1. “All purchases help keep the park clean, safe and fun.”

Order forms for the pavers are available on Algonac’s website, at city hall and on the fence at the dog park.

How To Incorporate The Grandmillennial Style Into Your Kitchen