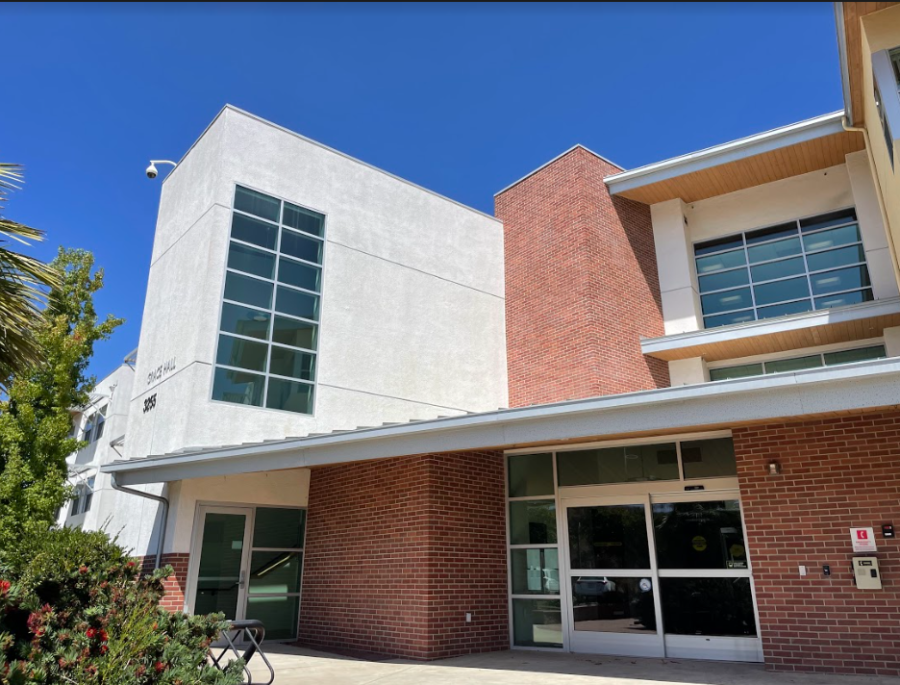 Since the start of the fall 2022 semester, students living on campus have reported air conditioning issues in residence halls. Most reports of A/C complications started during the second week of school, as some days that week met or exceeded 95 degrees. The residence halls where the majority of these issues have been reported include Grace Hall, South Hall, Mogen Hall and Trinity Hall.

Coordinator for Residence Life and Student Conduct Nicholas Frangos supervises Mogen Hall, Old West complex and the resident assistant staff that live there. In an email interview, Frangos shed some light as to why some on-campus residents have been experiencing A/C issues.

“I am aware of the challenges, specifically the A/C, that have been occurring in some of the residence halls… I have been working directly with Facilities as they are the main resource in fixing a lot of our maintenance issues,” said Frangos . “I know a lot of our issues happened in response to the record heat wave that hit California as it overloaded a lot of our A/C systems.”

This A/C malfunction brought on by the heatwave has resulted in multiple residents facing uncomfortable temperatures. Shyenne Francisco, a graduate student in the political science program, lives at Grace Hall and talked about her experience with A/C complications.

“I was other [am] still kind of struggling with the A/C, it’s in and out. It’s very inconsistent, especially with this heat wave,” Francisco said.

For returning on-campus students, it is not an unfamiliar issue for some facilities not to work as planned. Senior Angelina Garcia lived in Trinity Hall this past summer. Garcia recalls the plumbing issues she experienced.

“You’d like to be standing in your shower in your dirty water because it…would not go down,” Garcia said.

However, students being affected by plumbing and A/C issues can notify Facilities to have the issue resolved as soon as possible. Frangos highlighted how a work order is placed. The system allows residents at Cal Lutheran to fill out a form explaining their issue, which will then send a message directly to Facilities.

“When handling facility issues like A/C, plumbing, light fixtures, broken appliances, etc. the first people that it should be reported to are Facilities,” Frangos said.

Sam Chitwood, a first-year student living in South Hall, also struggled with the A/C when he first moved in but said there was a timely resolution to his A/C troubles.

“Our A/C was broken when we first got in there, we turned it to like 50 degrees and it wouldn’t get below the 80,” Chitwood said. “Then once we put in the thing to get it fixed, they came in like the next day.”

However, not all resident students have experienced the same timely relief.

“They said they were solving it but like, I’m still, to this day, having A/C issues,” Francisco said.

Frangos said there are people who can help if residents are faced with facility issues.

“With the protocols in place, students should continue to fill out work orders and/or contact their RA if anything is broken and/or not working to its fullest capacity,” Frangos said.

For some, solace might not come until temperatures begin to dip as California moves further into fall. Facility issues can hinder a resident’s time living on campus, but there are options available.

“I do take pride in our residence halls and want students to have the best experience they can have while living here,” Frangos said.

If you live on campus and find yourself faced with a facility issue in your residence, you can put in a work order online via your MyCLU portal.

Air Conditioning Compressor Market Estimated to Grow from US$ 25.9 Bn in 2022 to US$…