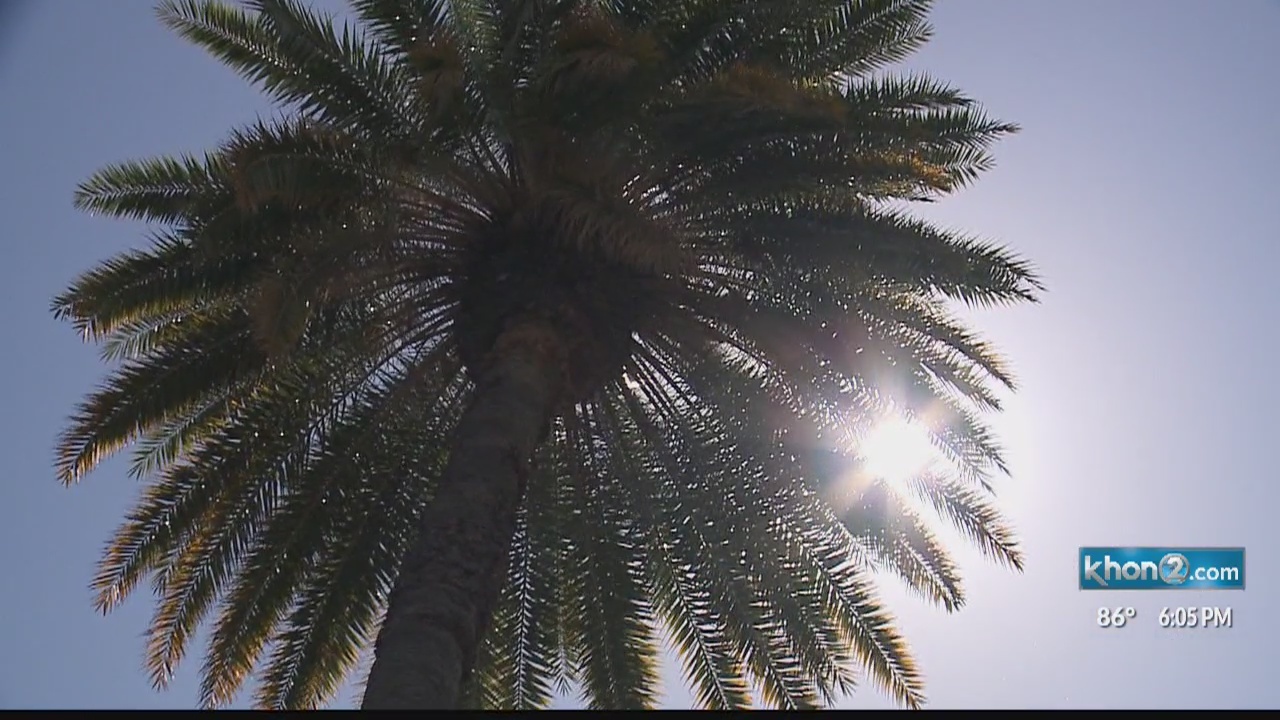 Summer officially starts on June 21, but it feels like it’s already here.

Many people have been hitting the beach to beat the heat.

“It’s been hot, dry, and unusually dry and hot for the month of May,” said Bill Schulte, who lives in Kaneohe and decided to spend Sunday at Ala Moana Beach Park with his family. “That’s why we’re here, we’re taking a dip in the cool ocean, it’s nice and hot over here but the ocean is nice and cool, so we’re enjoying it.”

According to the National Weather Service website, record highs were reported in Kahului for eight of the last nine days of May.

The hottest day reached 96 degrees in Kahului on Wednesday, May 22.

With the lack of trade winds and sizzling temperatures, many people are calling air conditioning companies to install or fix their AC’s.

“It’s been crazy busy, we’ve been getting a lot of calls, it all started three weeks ago,” said Larry Cayetano, president of Air Solutions Hawaii.

One company’s voicemail said their installation schedule is booking two to three weeks in advance.

Another air conditioning business owner said he’s been getting calls from customers saying other businesses are already booked through the month.

Cayetano said if someone’s air conditioner isn’t working right, they should call now before it gets even hotter.

“It’s going to get worse, we’re getting a lot of calls with condominiums now,” Cayetano said. “It’s everybody—the houses to condos, to commercial buildings, it’s crazy.”

Other tips to stay cool is buying curtains to keep the sun out of your house, turn off the lights when not in use, and avoid cooking inside and utilize an outdoor grill.