$8,000 in bikes stolen from locked garage in Baker neighborhood 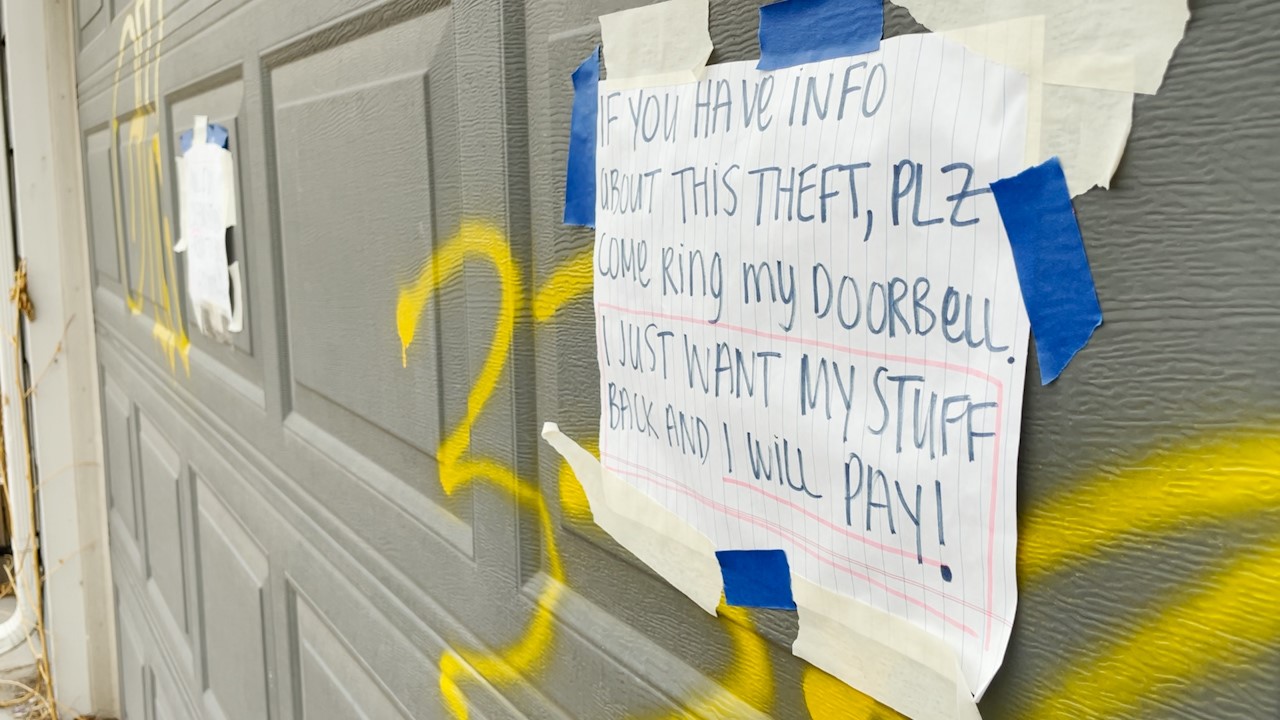 DENVER (KDVR) — A couple in the Baker neighborhood of Denver woke up last Sunday morning to find five of the seven bikes in their garage missing, along with lots of camping gear.

“They are professional bike thieves. They ended up leaving two of the not-so-nice bikes, so they knew what they were doing,” Dominique Vanden Dries, who owned three of the stolen bikes, said.

Vanden Dries said one of the other stolen bikes belonged to her boyfriend, and the fifth belonged to a friend.

She said the thieves broke their alleyway gate fence. The couple believes the thieves then picked the lock on their detached garage door.

“It seems like they just took anything they had access too then threw it in a truck and bailed,” Vanden Dries said.

Vanden Dries said they did file a police report and reported the theft to their homeowner’s insurance. But she said the deductible for the claim was $5,000, so she said there was no point in filing with them.

The couple went out to several homeless encampments looking for the bikes and said they even offered money to anyone who found them.

“I gave my number to probably 30 different people asking if they saw anything to let me know,” Vanden Dries said.

The Denver Police Department shared these statistics with us about bike thefts in the Denver area.

DPD suggested that if you own a bike, have that serial number written down and register your bike on Bike Index so it’s easier to track down to the owner.

Vanden Dries has posted several signs on her garage asking the thieves to bring the bikes back, and they will even pay them.

“If it’s money you’re after, I will buy them back,” Vanden Dries said.

Anyone with information on the whereabouts of these stolen bikes is asked to contact Metro Denver Crime Stoppers at 720-913-STOP.